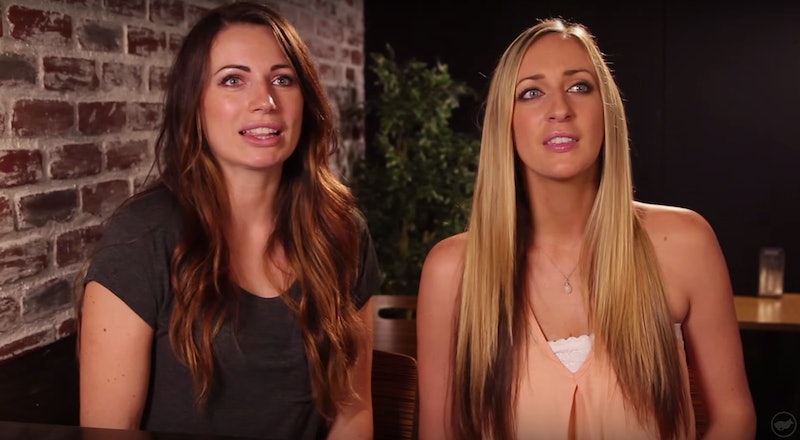 A new video from BuzzFeed Yellow explores the everyday struggles of being a British person in the United States. The lesson? Britain is not Hogwarts. (Sadly. I mean, yes, Britain has its own complex identity, and people shouldn’t assume that this complicated, diverse island is some kind of butter beer-flavored theme park, but shouldn’t somewhere be Hogwarts?)

The video portrays the adventures of two British women at an American bar, fielding Americans’ ridiculous stereotypes about British people. (No, they do not all love tea, they do not only eat fish and chips, and they do not all know the Queen.) In addition to skewering silly assumptions people make about the Britain, the video also makes the point that Brits aren’t the only victims of ridiculous stereotyping. When the women in the video encounter another expat — a Canadian! — they waste no time in indulging is stereotypes about the Great White North, asking, “Have you got a pet moose?” (As someone who lives in Canada, I can say with certainty that there is a very disappointing lack of pet moose here.) This video might focus on the Brits, but its more general takeaway is that, when you live in a foreign country, you’re bound to encounter a lot of stereotypes about where you grew up, wherever that may have been. (My own experience bears this out: I grew up in Texas and have lived in the U.K. and Canada, and I can tell you, some Brits and Canadians seem to think that all of Texas is basically a John Wayne movie, except with more guns.)

If you’re a Brit in America, you may face some of these trials and tribulations on a daily basis: