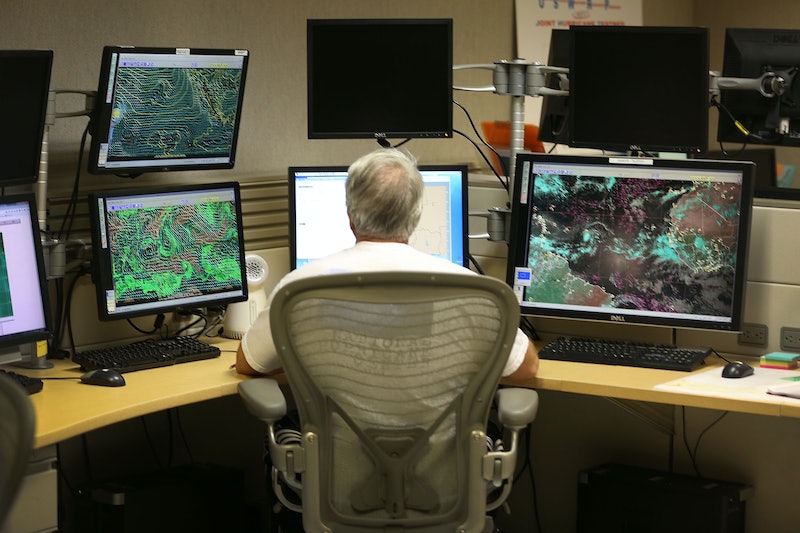 If you've noticed any tension on the part of your friends from South Florida recently, there could be a climatic cause for all the anxiety — there's a storm gathering steam in the Atlantic Ocean, and it's heading westward. When will Hurricane Danny touch down? It's an important question for those in the storm's danger zones, and it'll be the first such hurricane of the season, according to NBC News.

But there could be a let-up that spares the storm-weary residents of Florida, and that would be something of a relief. Perhaps more than any other part of the U.S., the southeastern coast has a long history of being battered by massive weather events, so a hurricane petering out before reaching the shore would be a real boon to the region.

It wouldn't protect the places that are already well within the hurricane's path and reach, however, so there are some island resident who'll want to take appropriate precautions. According to The Weather Channel, Danny is expected to roll through the Leeward Islands on Monday, on a path that will take it towards Puerto Rico and the Virgin Islands. Exactly how much power it'll still have after passing through the Leeward Islands isn't precisely clear, but the outlet reports that some amount of rain and windstorms is likely to be felt in Puerto Rico and the Virgin Islands at minimum, but hopefully it won't be as bad as it could've been.

Despite this uptick in the storm's severity, however, the projections are still looking favorable for the American southeast. According to southwest Florida affiliate NBC 2, Danny could lose its hurricane status altogether as early as the start of next week, by virtue of a collision with the mountains of Puerto Rico. (As USA Today details, Puerto Rico might benefit somewhat from Danny's arrival, as they've been dealing with drought conditions.) At most recent reporting, Danny is still 2,400 miles from Florida, and with any luck it'll lose momentum before getting that far.

This is actually the second time a storm named Danny has ripped through the Atlantic, although the earlier one also charted a path through the U.S. southeast — back in 1997, a Category One Hurricane Danny twice made landfall in Alabama, once along the Mississippi River, and once at Fort Morgan, according to AL.com.

More like this
The 15 Best Dresses For Hot Weather
By Andrea Gale Boerem
For These Abortion Clinic Volunteers, Going TikTok Viral Is A Risk Worth Taking
By Audra Heinrichs
Every Single Big & Small Way You Can Fight For Abortion Rights
By Tess Garcia
15 Years Of The iPhone, In Pictures
By Emma Carey
Get Even More From Bustle — Sign Up For The Newsletter