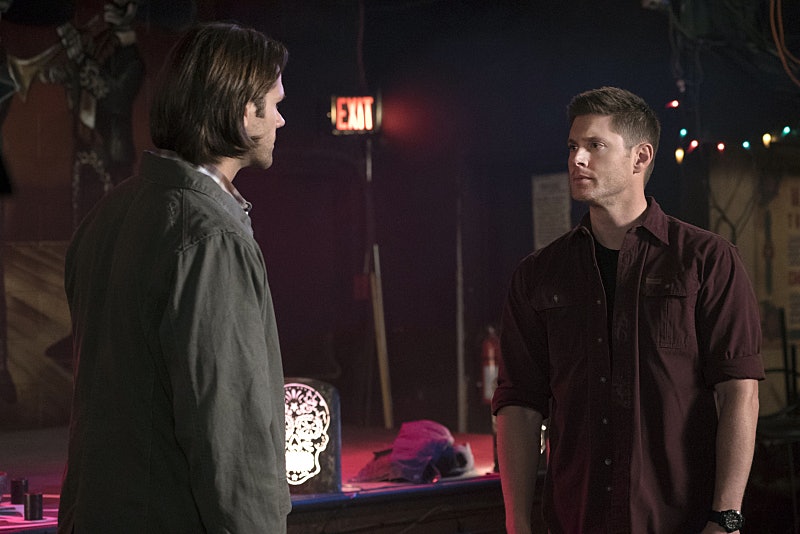 Supernatural is a very special show. I'm not just saying that because it stars Jensen Ackles and Jared Padalecki as Dean and Sam Winchester, respectively, or because it focuses on the relationship between two brothers who love each other more than words. Are those two bonuses of tuning into Supernatural? Most definitely. But another major reason I can't get enough of The CW drama is because of the fans. Supernatural has a huge fandom, which is one of the many reasons it's still on the air and entering Season 11. Without the fans, there wouldn't be a show. As most Supernatural viewers know, there is a connection fans have formed with one another. Actually, the bond is so tight, l think we should celebrate that with these Supernatural memes that will no doubt hit home for all my fellow Sam and Dean fans.

I mean, what better way to get in the spirit of the upcoming season than by checking out some of these hilarious memes? Plus, they're just another great way for fans to bond over all things Sam and Dean — and who ever gets sick of that? I have a feeling many of us have thought or felt these memes at one point or another while watching Supernatural. Check 'em out!

1. Every Time Your Favorite Character Dies

This is definitely a more appropriate title for the show.

2. When You Want Pie

3. When You Get Scared

Yep, that sounds about right.

4. When You Watch Supernatural Again & Again

Been there, done that.

5. When A Fan-Favorite Character Returns

Yep, this is me every time I see Bobby.

6. When Dean's Baby Gets Hurt

7. Whenever You See A Moose Or A Squirrel

Supernatural fans will never look at a moose or a squirrel the same way again.

Sam and Dean being on opposite sides = excruciating pain.

9. Whenever Supernatural Comes On

Who can ever stop at one?

10. When Sam Makes Those Puppy Eyes

11. When You Meet Another Supernatural Fan