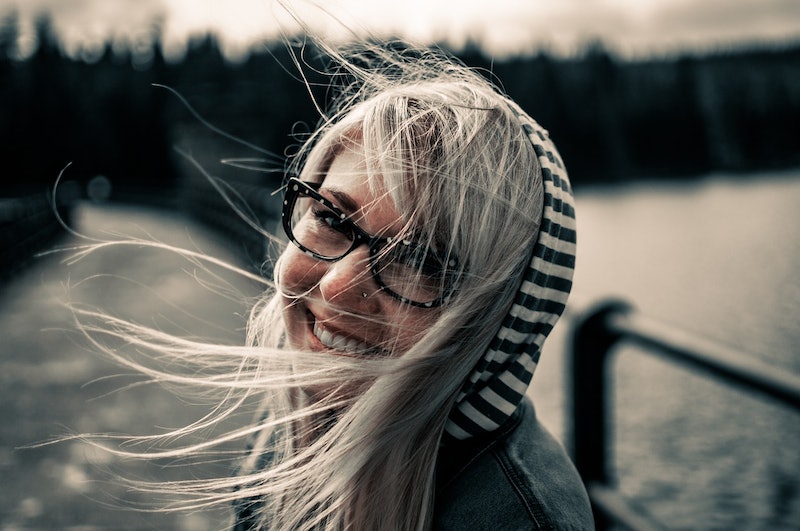 As you get older and your friends and family members in your generation start settling down, people start to wonder (and ask) why you're still single. It's like all of a sudden, just because one person has found their other half, they feel like you need to hop on the relationship train before you’re doomed to spend the rest of your life playing the swiping game. But, for all you single people out there with coupled up friends who want to share the love, you can tell them to calm the eff down (again) because a new study found what everyone's always known, people can be happy when they’re single. In fact, single people can be just as happy as their coupled up friends, but it’s all about their attitudes toward relationships.

Published in the journal Social Psychological and Personality Science, Yuthika Girme and her colleagues at the University of Auckland in New Zealand found that people who tend to avoid conflict and drama in relationships reported that being single was just as satisfying as being coupled up. On the other hand, people who were unfazed by the rollercoaster ups and downs of a relationship were less happy when they were single.

The researchers surveyed more than 4,000 New Zealand adults twice, one year apart. At the time, a fifth of them were single during both survey points, and the rest were married, cohabiting, or dating. On average, people who were in relationships were happier. However, single people who like drama-free relationships were just as happy being single than those with an SO.

Just the other day I was talking to my oldest and best friends about the status of my love life. It’s a weird little thing, no matter how happy we tend to be in our singledom, there are sometimes those moments when we curl up on a couch, break out the junk food, pull up a stupid rom-com, and think to ourselves, “This is my life. I’m going to die alone.”

As I told my friend this, I admitted to her that I was jealous that she already had two kids and a live-in boyfriend that she was inevitably going to get married to. Not that I want that at this moment—because I really, really don’t—but still, she’s pretty much set for life while I’m still doing the whole “hanging out” thing.

But what she told me next really put things into perspective. She said to me, “Look at me. I’ve been with the same guy for five years who was my first everything. I’m happy, but I never got to venture. You’re single. You don’t have kids. You get the chance to do whatever you want. Have fun.”

1. You Have A Healthier Heart

A 2006 study published in the Journal of Marriage and Family studied 9,434 middle-aged men and women over the span of eight years. Researchers found that those who had never been married had the lowest rates of heart disease in comparison to those who were remarried, divorced, and widowed.

While it may be tempting to just go along with the next person who enters your life, even if you’re not one hundred percent into it, don’t do it. Because when you’re single, there are so many possibilities out there. In fact, a 2013 study published by the American Psychological Association found that people who fear being single are less likely to end an unsatisfying relationship. As researchers found, fear of being single predicted a pattern of settling in a relationship that didn’t give you everything you had hoped for.

3. You Have Closer Friends

Another benefit to being single? You've got a closer group by your side. A 2012 study published in the Journal of Marriage and Family discovered that single people are more likely to stay in touch with family, friends, neighbors, etc. than married folks.