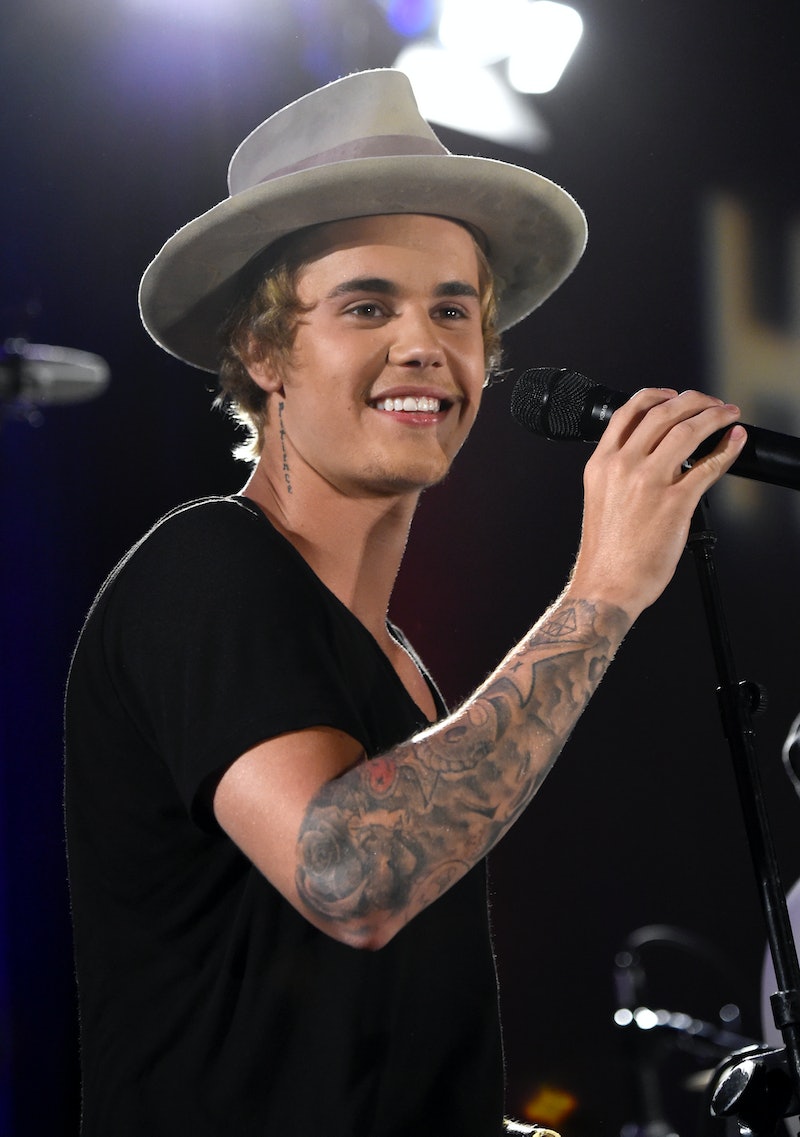 In case you've been on a self-imposed social media ban for the past month, let me get you up to speed in Bieberland: Justin Bieber is dropping his new single "What Do You Mean?" on Aug. 28 and has been getting help from literally every celebrity you could possibly imagine to help promote it. Shaq? Obviously. Today show anchors Matt Lauer and Savannah Guthrie? Sure, why not. Ed Sheeran, Fifth Harmony, Tony Hawk, Chris Martin, Little Mix, Kylie Jenner, Gigi Hadid, Ashton Kutcher, and so many more that I haven't even mentioned? Checkitty check check check. While a bunch of these promotions have basically just included a celeb holding up a sign that says, "Justin Bieber 'What Do You Mean?'" with the countdown to the release, the best celeb "What Do You Mean?" promos are the ones where the stars really get into it and deliver something just a little bit different.

Whether the artist chooses to sing their own version of the song (thank you Ed Sheeran for blessing us with your pipes), imitate the Biebs in while scuba diving in a pool (oh hay, Alanis Morissette) or just hypin' up the crowd and then delivering some epic Bieber promotion (lookin' at you, Martin Garrix), these celebs know what the eff is up when it comes to getting Beliebers psyched. Check 'em out below.

I mean, thanks for the promotion and all, Shaq, but you might want to remember the rule "i" before "e" except after "c."

OK, it's just badass that these guys agreed to do it. That's all I'm sayin'.

Did Will Ferrell actually promote this or did Justin Bieber meme his way into our hearts? Either way, I LOLed.

Truth be told, I stan to the ends of the Earth for Ed Sheeran. But there's a reason this vid got the most likes out of any of the other celeb-filled "What Do You Mean?" promos (one mil, whattup?!) and it's because only Sheeran could make a freaking Justin Bieber promo vid sound like a choir of angels. Only you, Ed Sheeran. Only you.

Because I have literally never laughed harder in my life than when I saw this video. Alanis Morissette, you are gold.