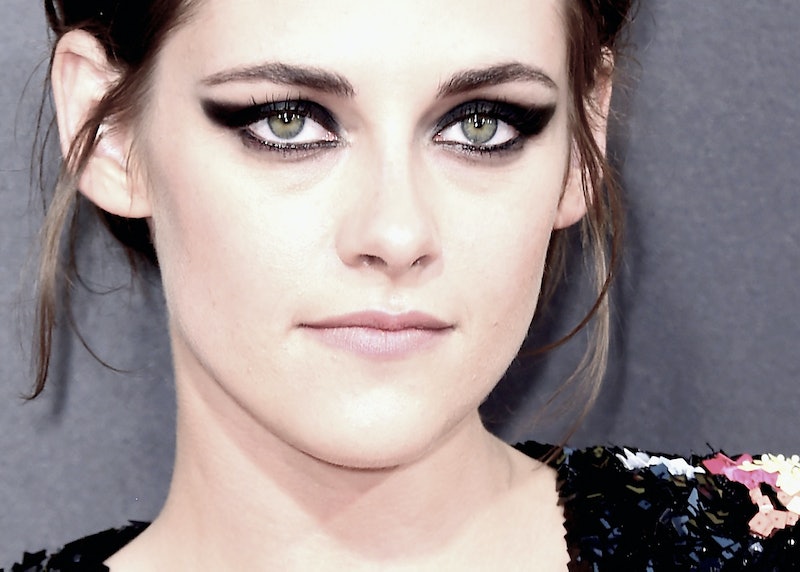 Karl Lagerfeld has decided to create a film about Chanel starring Kristen Stewart, which isn't exactly surprising considering Stewart is one of Lagerfeld's favorite muses as of late. The plot of the film is pretty meta — it's a fictional film about a fictional biopic about Chanel, where Stewart plays an actress who will play Chanel. Say that three times fast.

Lagerfeld is the brains behind this operation, doing everything from the costumes (obviously) to the directing and casting. Geraldine Chapman and Harper's Bazaar editor Laura Brown also star in the film with Stewart. Lagerfeld is quoted in WWD saying, "They make so many movies about Chanel, why can’t I make one?” To which I say, why not, Karl? The film was shot in Paris for two days and will be shown in Rome on December 1 at Chanel's Métiers d’Arts show.

Stewart, who is currently the current face of Chanel's latest eyewear collection and recently also starred in the the campaign for the 11.12 Chanel bag, has long been a source of inspiration and a close pal of Lagerfeld, often being spotted front-row at Chanel shows and wearing Chanel to plenty of red carpet events. Here are some of her best Chanel moments.

1. At the Chanel Haute Couture Spring/Summer 2015 Show in Paris

K-Stew wears Chanel sunglasses inside because she's a boss.

2. Hanging out with Julianne Moore at the Chanel Casino in July

Stewart looks like a bad ass in her sheer Chanel number and red hair.

She skipped the 2015 Met Gala for this. Totally worth it.

Stewart showed off her short red hair in a white crop top and sheer harem pants by none other than Chanel.

6. At the Fall 2013 Chanel Haute Couture Show in Paris

A throwback to Stewart's early Chanel days. Stewart wore this gray sheer dress to the Toronto premiere of Into The Wild back in the day.