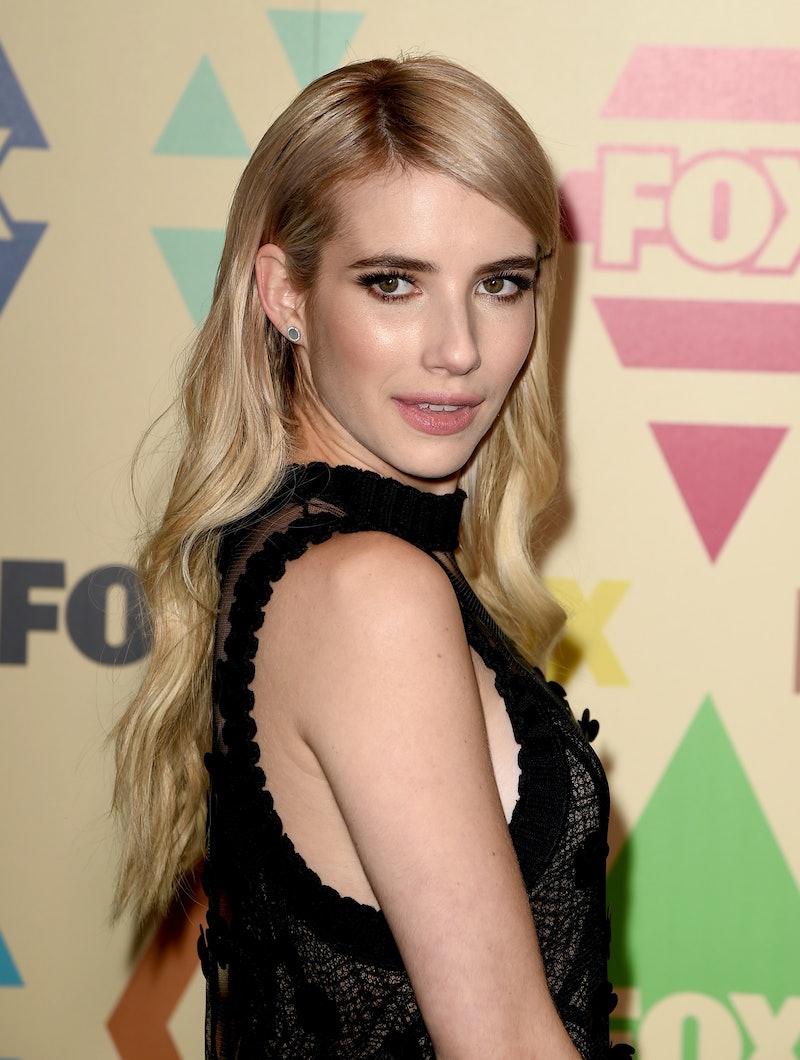 Not just anyone is willing to strip down to their underwear knowing that their image won't be retouched, but one actress is doing just that. Emma Roberts celebrated the release of her Aerie Real campaign with a string of unfiltered Instagram posts. With no retouching and no Hollywood lights, the confident actress proved to be the perfect fit for this body positive campaign.

Aerie Real launched over a year ago and received many positive reactions, and about six months later they announced that Roberts would be the first celebrity ambassador to join the campaign. According to Refinery 29, Robert's was beyond excited to get involved. She has teased her Photoshop-free shoot on her social media site, and now the time has finally come for a first glimpse of the images.

At Eric Buterbaugh Floral in West Hollywood, Roberts celebrated the launch of the campaign with almost 60 of her friends and supporters. She posed in everything from flannels and t-shirts to bralets and undies for the shoot, which showed off just as much of her true beauty as it did the adorable clothes. Hopefully campaigns like Aerie Real will become the norm and beauty standards will finally begin to change!

Roberts and her friends posed for a string of unfiltered Instagram photos before the event, showing off their amazing style and support for the campaign. Wearing a black and white shift dress and black platform shoes, the star kept it plain and simple.

Supporting her fellow scream queen, Lia Michele attended the event wearing a white dress underneath a bright pink jacket. Fashion blogger Becca Tobin also showed up to support the star, looking casual chic in blue jeans and a grey t-shirt with a geometric print around the collar.

Although the sneak peek showed just enough of the campaign, I can't wait to see the rest of the images.