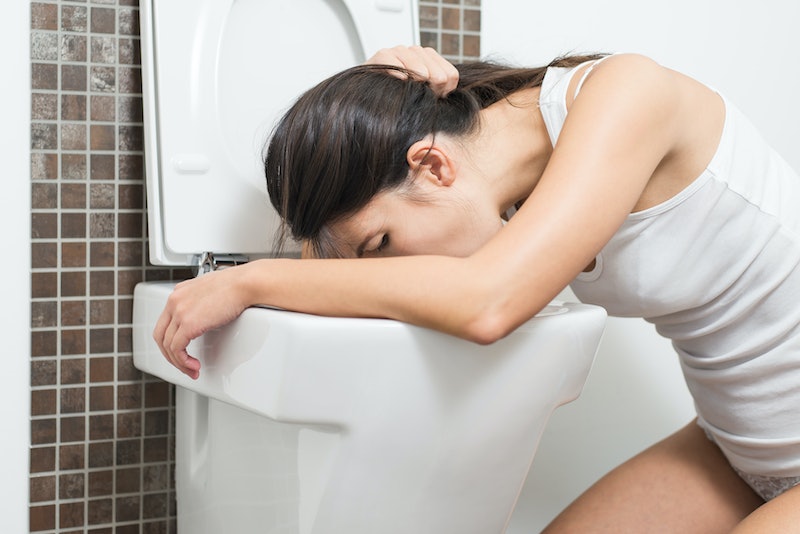 There's a scientific side to everything, especially the gross stuff, and it's sometimes pretty interesting. Thanks to modern research methods, there's now a vomiting machine that helps scientists study how infections spread, and the bad news is that some of your vomit goes airborne. This is gross, but is it dangerous? Kind of, especially if you have any cruises in your future.

Researchers at North Carolina State University developed the vomiting machine to study norovirus in particular. This nasty bug is responsible for most of the gastroenteritis in the United States, with flu-like symptoms including nausea, vomiting, diarrhea, and abdominal cramps. Previously, it was difficult to study norovirus because it's so highly contagious that the mechanism was impossible to isolate in retrospect, especially in crowded conditions like a cruise ship where norovirus typically spreads like wildfire.

The vomiting machine works by spewing vomiting solution from a simulated stomach through a simulated esophagus and mouth. The researchers can control the intensity of the vomiting for experimental purposes, and they can use various vomiting solutions including a thinner bile-like one and a creamy one (yum). The vomit solutions are mixed with a harmless bacteriophage so that they researchers can see how it spreads without actually risking infecting anyone.

Thanks to this carefully-controlled vomiting machine environment, researchers now know that while just two hundredths of a percent of the bacteria from the vomit is ultimately "aerosolized" (i.e. sprayed out into the air), it's more than enough germs to contribute to the contagion. This suggests that new ways of cleaning infected areas might be necessary — it's insufficient just to clean things that actual vomit (and vomiters) have touched, you need to clean the entire environment. Hopefully you can sleep at night, now knowing that when a drunk person throws up in a subway car next to you, whatever infections they're harboring are going to be floating around in the air too!