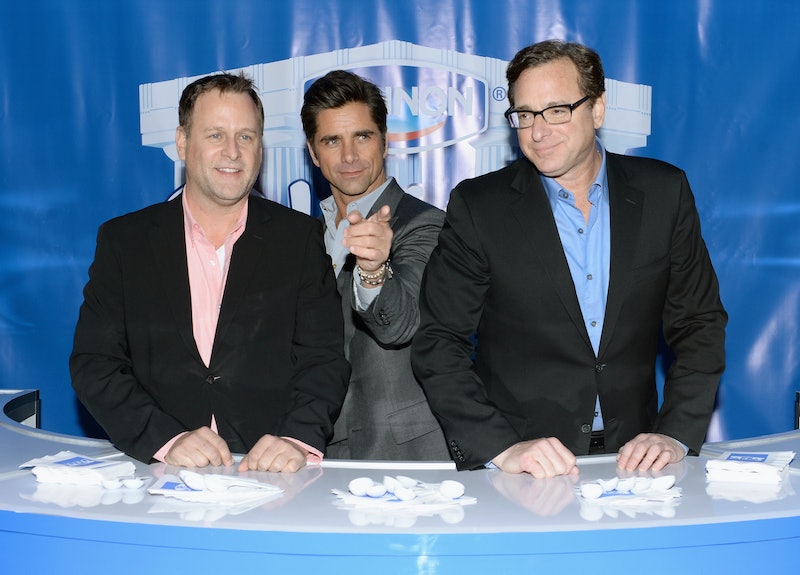 Everywhere you look, there's some backstage drama to expose. The Unauthorized Full House Story purported to shed some light on the goings on behind the classic family sitcom. And, some of the Lifetime movie's storylines can be backed up by the word of the cast members themselves. For example, The Unauthorized Full House Story portrays a long-running friendship between Bob Saget (Danny) and Dave Coulier (Uncle Joey). So, did Bob Saget and Dave Coulier know each other before Full House in real life, too?

The television movie doesn't lie in this case. The comedy community is a small world, and Dave Coulier and Bob Saget had run into each other in the stand-up sphere before either of them had auditioned for the ABC sitcom. Before the two comics were ushered into the roles of single dad Danny Tanner and the eternally sophomoric Uncle Joey, Saget and Coulier knew each other from the west coast comedy circuit. Being cast as brothers-in-law reunited two dudes who were joined in the cutthroat world of comedians seeking out a regular gig. Coulier recounts his past experience with Saget for Huffington Post:

I met Bob when I was still a teenager. I was 18 years old and he was on a comedy short tour. He walked into a little comedy club in Detroit and I hadn't even done much stand-up. I think I had been on stage two or three times. So Saget came in on this comedy short tour and did a guest set with two other comedians from the West Coast and I watched them and I said, "Oh man. These guys are so good. That's what I want to be."

The two's real life relationship was mirrored in The Unauthorized Full House Story. Coulier actually slept on Saget's couch when he made his way to Los Angeles; then on Full House, Uncle Joey slept on Danny's couch when he moved in with the Tanners. "More than ironic that thirteen years before the pilot of the show, Dave really did live with me. And he was cast on the show a year before I was," Saget wrote in his memoir. And, luckily for all of us, they've been friends ever since.