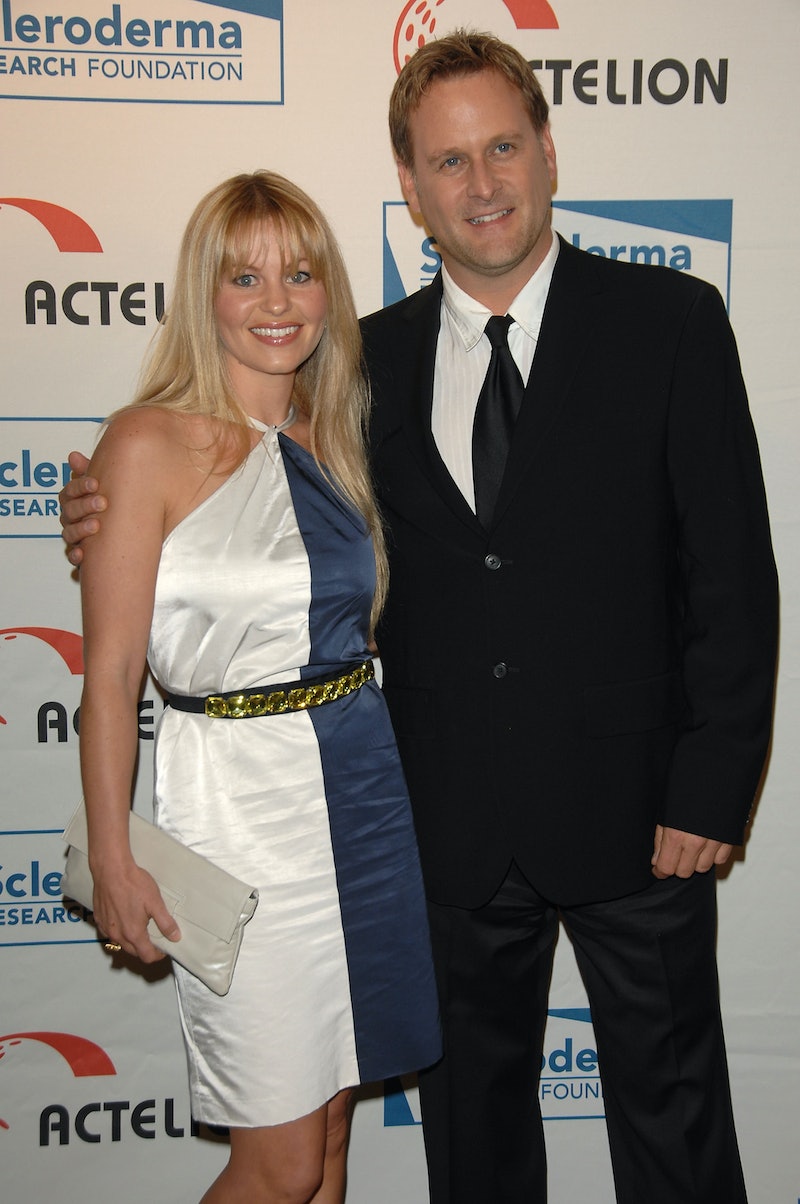 Although Lifetime's Full House movie is preceded by the word "unauthorized," it actually contained many truths about the off screen lives of the sitcom's stars. Case in point: Dave Coulier introduced Candace Cameron Bure to her future husband. As shown in the movie, Coulier wasn't deliberately playing matchmaker. He was participating in a hockey game for charity in 1995 (the final year of Full House) and he invited the whole cast to come watch the game. It was there that Candace Cameron met Valeri Bure.

Cameron told Huffington Post that she was immediately attracted to her now-husband when she spotted him on the ice. Coulier formally introduced the two after the game, and it turned out Bure was an avid Full House viewer because it helped him learn English. (Bure was originally from Russua.) Cameron and Bure went on their first date the following day. Within a year, they were engaged and the couple tied the knot on June 22, 1996.

Nearly 20 years later, Cameron and Bure are still happily married and are the parents of three children. They haven't forgotten who is responsible for their chance meeting — Valeri Bure gave Coulier a signed hockey stick that reads "Thanks for Candace." It's a sweet tribute that Coulier has kept to this day.

Uncle Joey's talents are limitless! He created a lasting Hollywood marriage without even trying — and we all know that's no easy feat.