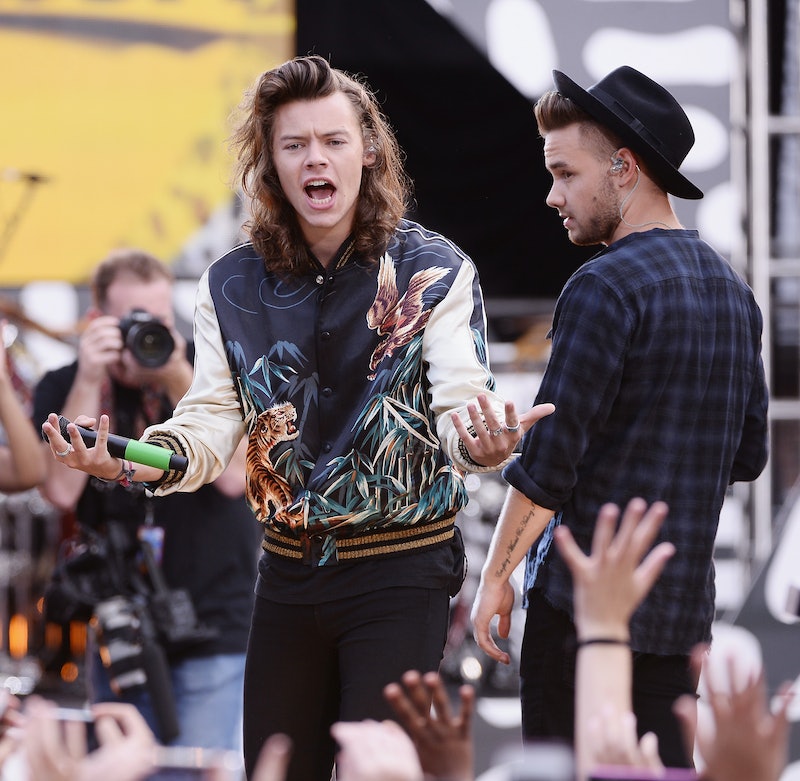 The rumors may indeed be true: One Direction might be breaking up in March 2016. It all started with an exclusive report from the U.K. newspaper The Sun shattering the dreams of Directioners worldwide with the news. Now, People is reporting the news as well, so get ready, because this horrible news might really be true. But if so, why is 1D allegedly breaking up and why now? Bustle has reached out for comment, but hasn't heard back at this time.

The Sun and People both have sources saying that the bandmates want to spend the next year working on solo projects and both publications are using the term "extended hiatus" to describe this alleged break. So technically, band members Liam Payne, Harry Styles, Louis Tomlinson, and Niall Horan might just be some time off from being 1D.

One Direction hasn't offered any official confirmation of the news as of yet. The band is slated to drop its fifth album next year, and according to the reports, they will not tour to promote it, instead disbanding for at least one year. In a way, that's not a long time, but also a lot can happen in the span of 12 months. So much has already happened with 1D, and 2015 isn't even over yet. Original band member Zayn Malik left the group back in March and Tomlinson recently announced his impending fatherhood. Even with this upcoming split, One Direction is still one of the most popular bands in the world right now and any solo project produced by a member would definitely get its fair shot at making it big.

1D is signed to Simon Cowell's Syco Records and earlier this year, he told The Sun that he'd support the band if they decided to take a break and try solo projects. "In terms of the band, they’ve got enough hits now they can take some time off and do some other stuff they want to do," he said. "Then I hope they’ll have a little bit of time apart and want to get back together again. It’s a fun job, but it’s absolutely their decision."

And maybe one day, if the split does happen, One Direction will reunite once again.