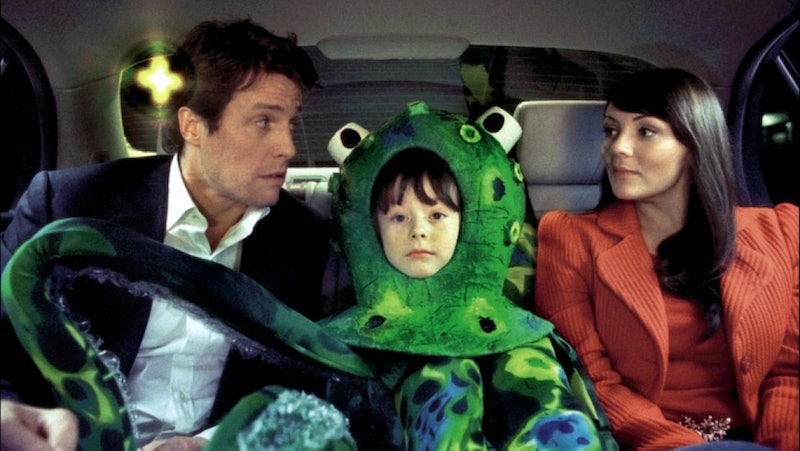 Some people lean toward A Christmas Story and It’s A Wonderful Life for their Christmas-themed, feel-good movies, but for me, as soon as the candy canes and jolly Santas start making their way into storefronts, I pop Love Actually into my DVD player (because it isn’t always on Netflix, which is a crime). Not only does it have a variety of wonderful love stories, but one whole plotline focuses on the best Christmas song of all time, Mariah Carey’s “All I Want For Christmas Is You.” But despite all of the wonderful aspects of the film, there are some profoundly absurd elements to Love Actually .

I mean, it’s a romantic comedy. Of course, you have to suspend belief for basically all romantic comedies. Love Actually, though, has some particularly crazy bits and pieces, from a Brit who thinks that American women are sure to fall all over him if he moves to the States to a little boy’s ability to blow past all the security in Heathrow Airport. Though it’s hot, hot, hot outside, I gave Love Actually a rewatch to explore the movie’s crazier pieces.

1. Juliet Does Not Know That Mark Is In Love With Her

If Peter and Juliet are to the point in their relationship that they are getting married, she should know Mark well enough to know that he’s, oh you know, obsessed with her. Come to think of it, Peter should also know, too. And if Peter just thought that Mark absolutely hated Juliet, wouldn’t he have addressed it earlier than after they had already gotten married? I just don’t think that Mark and Juliet would have had no conversations in which she could tell that his third-grade hatred was actually love.

Mark does a lovely thing and hires a band to play “All You Need Is Love” for Peter and Juliet’s wedding, but I know that if I were a blushing bride, I would be like, “hey, who are all these random people in my church pews?” The surprise would have been ruined, because I don’t think that people just show up in churches for wedding.

3. Colin Thinks That Going To America Will Get Him Laid

Colin’s continued hitting on, oh, every woman he interacts with, would have surely gotten him smacked with at least one sexual harassment suit or restraining order. I hate his whole attitude toward women, thinking that British girls don’t like him because they’re stuck up. Um, no, dude — you’re just a total creep when you talk to women. It’s not them: it’s you.

I love and admire a good candid celebrity interview, but Billy Mack takes it all way too far, even if the UK’s standards are much more lax than here in the United States. His off-the-cuff style would have offended too many people, and I’m sure that his label and his manager would have insisted that he have a publicist to control Billy Mack’s messages.

Isn’t it like, the worst timing that Joanna has to jump on a plane the minute that her school singing is over, forcing Sam to dodge every manner of security to get to her. Couldn't have flown out the next day so you didn't have to rush to Heathrow? I really appreciate that Mr. Bean was able to help him say his last goodbyes to his schoolboy crush, but in actuality, Sam would have gotten tased and ended up right quick on a no-fly list for the rest of his life.

6. There Is A Giant Menagerie For The Nativity

I know that all of the community schools are gathering together for the birth of Jesus in the nativity play and that you can only have so many camels, but really? Lobsters? Octopi? Someone would have complained that it wasn’t biblically accurate. Just add a bunch of camels and be done, you know?

Just kidding, this one isn't absurd at all. Rowan Atkinson’s whole department store wrapping of the necklace that Harry doesn’t give to his wife? That’s how I feel in Macy’s during the holiday season.