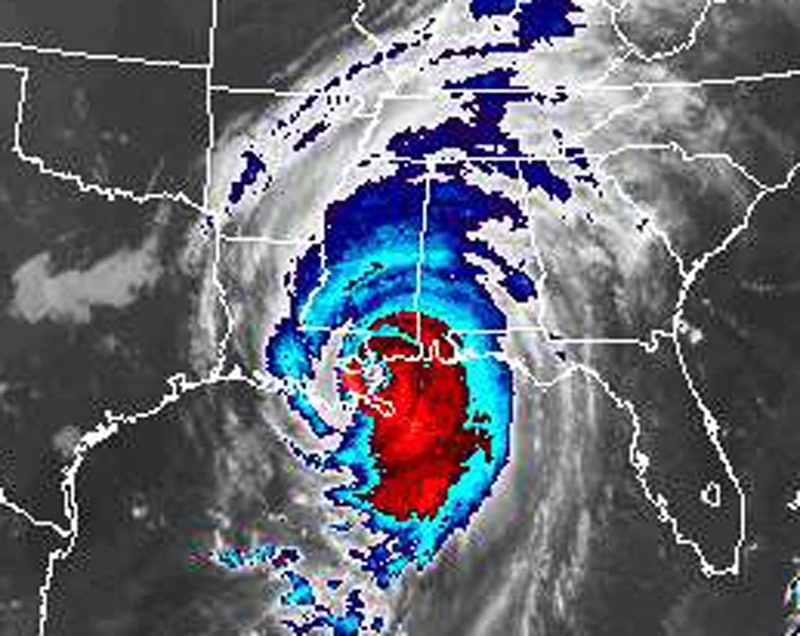 This week marks the tenth anniversary of one of the most notorious storms in U.S. history. Hurricane Katrina made landfall in the Gulf region on Aug. 29, 2005 as a Category 3 hurricane. It displaced more than 1 million people from the region and killed nearly 2,000, according to FEMA. Hundreds of thousands of families lost their homes, their jobs, and their lifestyles. In the 10 years since the storm, New Orleans has recovered much of its population and gained new opportunities for residents.

New Orleans, which lies below sea level, sustained extensive damage from the storm when the levees that protected the city from rising sea levels broke. According to FEMA, approximately 80 percent of the city flooded. Most of the damage occurred to the lower-lying residential areas, with some neighborhoods experiencing 10 feet of flooding. It was the first time in the state's history that a mandatory evacuation order was issued — and for good reason, clearly. All in all, the storm caused $135 billion of damage, making it the costliest natural disaster in U.S. history.

Since the storm, New Orleans' population growth, economic recovery, and infrastructure redevelopment have remained priorities. Population growth has slowed as of late, but growth in these other areas could boost population down the road.

Before the storm, New Orleans had experienced decades of population decline. The fact that the population has been growing steadily in the post-storm decade could suggest that future growth will come to the city, possibly reversing the pre-storm decline.

Not much else has changed with regard to New Orleans' population. The pre-storm population was about 67 percent African-American and 28 percent white. Today, it is similar: About 60 percent of the population is African-American and about 33 percent is white. Additionally, the percentage of households that live in poverty remains the same as well — about 27 percent — and the crime rate remains nearly twice the national rate.

Katrina hit the New Orleans economy hard, and it even sent shockwaves through the nation's economy. New Orleans lost about 190,000 jobs because of the storm as businesses were damaged and left without power. Not to mention, oil and natural gas work had to cease for several days while the storm battered the Gulf of Mexico.

Today, the New Orleans economy could actually be benefiting from the disaster. The need to solve the area's problems has created an opportunity for new entrepreneurship and innovation. New business incubator and accelerator programs have launched in the area, allowing entrepreneurs to evolve their ideas into real startups. In 2012, New Orleans' rate of entrepreneurship — 501 startups per 100,000 adults — was more than 50 percent higher than the national rate. The growth of entrepreneurship in the area can attract more young, educated people to the city, helping both the population and the economy.

Before the storm, the Army Corps of Engineers had been upgrading the city's levees to protect against more powerful storms. Unfortunately, they hadn't finished in time. As of 2012, the corps had finished the upgrades, saying that the city can now handle a Category 3 storm like Katrina. The need for new construction and engineering projects has also help the economy and the population by bringing new jobs to the area and attracting skilled laborers.

Ultimately, Hurricane Katrina left unparalleled devastation in its wake, but may have also jump-started a new era of growth and development for New Orleans. That's good news not just for the Gulf region, but also for the rest of the country.

More like this
Michigan’s Governor Is “Going To Fight Like Hell” To Protect Abortion Access
By Andrea Zelinski
How To Fight For Reproductive Rights, Based On How Much Time You Have
By Courtney Young
What To Know About Taking More Than 1 Piriteze Per Day
By Bustle UK
The 6 Best Balaclavas To Keep Your Face, Head & Neck Comfortably Warm
By Jenny White
Get Even More From Bustle — Sign Up For The Newsletter