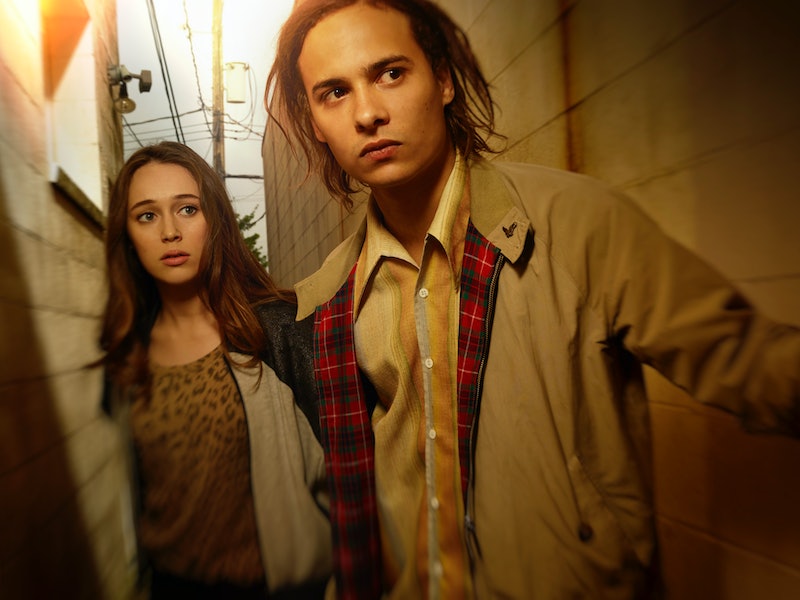 While others may not agree, I think Fear The Walking Dead is accurately portraying the level of denial that would realistically occur at the beginning of the zombie apocalypse. There would be warning signs, we'd ignore them, and then it would have been too late. However, just before the action finally got started, a scary prospect occurred to me — is Nick infected on Fear The Walking Dead ? If you haven't seen the series premiere yet, watch out, there are spoilers to be found here!

Nick is the first character on the show to encounter walkers. Other than that one kid with the knife at his mom's school, Tobias, who I have my eye on. Is this the type of disaster where only the young people take it seriously? However, since Nick is coming out of a drug-induced haze, it all seems like a nightmare that he can escape from with a little help from his friends. Then, when things get out of control and Nick kills his friend Cal (you can't take the Voldemort out of the teen, am I right?) the nightmare is confirmed.

Why do I think it's possible that Nick has contracted an early, barely detectable form of the virus? First, he was asking questions about the drugs that Calvin sold him. Second, he stumbled around and leaned into Cal during their struggle the way we've been trained to recognize as walker behavior on The Walking Dead. Lastly, I'm curious about the massacre at the church where Nick was crashing. What caused it? Who killed Gloria, his friend? How could Nick possibly have been spared? Something bad happened there. We know, thanks to The Walking Dead, that at some point everyone who dies becomes a walker. However, since this is a prequel, this could be a different, earlier mutation of the virus. Nick is an interesting character, and while I'm not on board with all of his choices just yet, I hope we're not about to witness his slow descent into death.