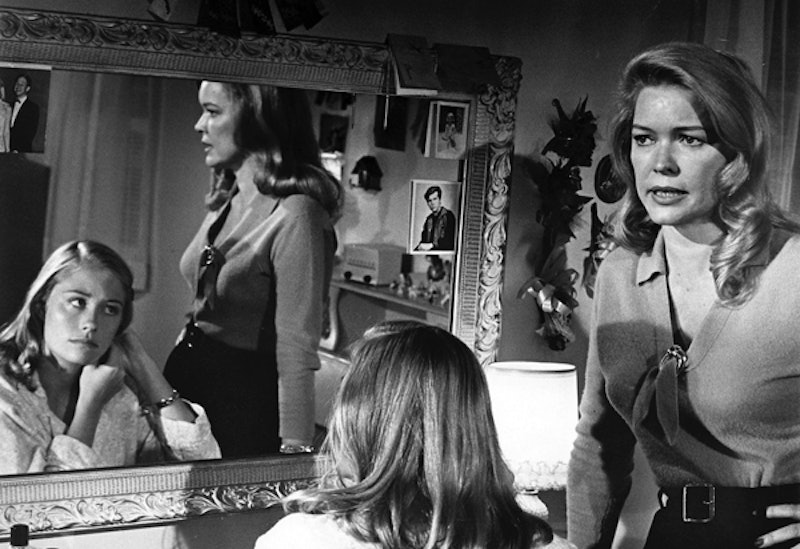 Having won regard as perhaps the greatest decade in American cinema, the 1970s is lauded for introducing new kinds of heroes, worlds, and kinetic recipes. We readily celebrate the New Hollywood’s induction of artists like Francis Ford Coppola and Robert Altman, for shifting sights to worlds previously untapped by our country’s motion pictures. But we don’t often give enough credit to the ’70s for its progressive female characters. Over the course of the era, women rose to new statures and enjoyed richer coloration, putting to shame in their cinematic representation much of what had come before and — sadly — would come thereafter.

In the wake of today’s often regrettable platform of inopportunity for female filmmakers, actors, and fictional characters, I look back on the ’70s wistfully. During this era, the screen was graced with a slew of terrific heroines and villains across the genre spectrum, challenged even to single out a top tier among the lot. This is the kind of pleasant problem you aren’t likely to find in regard to any other cinematic decade, perhaps least of which our current. But, in the name of celebrating some of the big screen’s most beloved women, we’ll give the tough nut a crack.

Here are some of the best female characters to meet American audiences in the 1970s.

In Sidney Lumet's satirical masterpiece about the network news, callous Diana Christensen asserts that she has "a masculine temperament," at least when it comes to sex. It's not so much the alleged masculinity that makes Diana intriguing, but the self-deprecative tone in which she lays such an assessment. Diana's superhuman competency and intellect marries beautifully with her emotional unrest, making her as vivid a character as the clucking cuckoo Howard Beale for which the film is best remembered.

Tragedy surrounds Constance Miller from the outside and in, taking form of villainous men and crippling addiction. But Constance is imbued with the kind of great strength that the Western genre too often left only to its men. Julie Christie's second Academy Award nomination for Best Actress accompanied the role, suggesting it to be perhaps her very best in a long line of terrific performances.

Woody Allen and his onscreen manifestation Alvy Singer may not have the highest opinion of Annie's ultimate occupation of the Los Angeles mentality, but the story wraps her as a winner. She meets, enchants, and eventually outgrows Annie Hall's narrator, proving herself far more than the wide-eyed pupil he hoped she'd remain. All the while, we get to know Annie in a way Alvy never quite does: as a neurotic, an intellect, a creative, a partier, a spiritualist, and an intriguing human being.

Peter Bogdonovich's '50s Texas-set poem is lined with rich and somber characters, but none is richer nor sadder than debut actor Cybill Shepherd's small town rich gal Jacy Farrow. Her wanting, nebulous though the focus thereof may be, is more vivid than that of any other character onscreen. Even in her most regrettable feats, it's also the most empathetic.

The go-to example for strong female heroines, the nearly speechless Ripley is practically without peer in the action, science fiction, and horror genres. Motivated both (sometimes harmoniously, sometimes paradoxically) by her humanity and her basic will to survive, Ripley navigates a deadly episode of alien interception with the right recipe of grounded character and superhuman acumen to render her a Hollywood hero for all time.

As any fan of the big screen will tell you, some of the best characters are in fact the worst people. As the de facto manager of the Oregon-based mental hospital in which the film is set, Nurse Ratched allows her ego, pride, and thirst for power to overcome any better instincts she might host. What's so magnetic about Fletcher's portrayal of the character is how she laces every malevolent turn with an ambiance of "reason," making Ratched even more dangerous a villain than she otherwise might be.

Though today we lament the idea of the "Manic Pixie Dream Girl," we look back on septuagenerian Maude with delight. Sure, she was plucky and whimsical and superhuman and incorporated into her story as a romantic guide for young Harold Chasen. But Maude was no mere function of her beau; she was a full-fledged, eagerly breathing, wholly empathetic character in her own right. She gave Harold was a piece of herself, not all of it.

I felt it necessary to get at least one screwball comedy heroine on the list. That the filmography of Bogdonovich was already represented by The Last Picture Show made it easier to opt for a Mel Brooks character. As such, the race between Blücher and Madeline Kahn's Lili Von Shtupp was neck and neck. But Leachman's stone faced commitment to the especially weird character, her annoyed glances at the offscreen horses who whinny at the sound of her name, and her perky insistence on fetching her houseguest a glass of Ovaltine gives Blücher the edge.

Norma Rae is an interpretation of the story of union organizer Crystal Lee Sutton, and nearly as memorable as the legacy of the real world feminist icon. Sally Field delivers a story that earnestly tackles the sociopolitical passions and personal values of its titular hero, pulling no punches in its understanding of importance and sacrifice.

Has there ever been a stronger, more complicated, and more terrifyingly relatable expression of the terrors of being a teenager? Carrie might speak directly to the difficulties of girlhood, but it is hardly alien to anyone who has known the pangs of youth. Troubled heroine Carrie White's story is one that many wish weren't quite so true to life, even at its most fantastical. That's probably why it's been remade so many times, with Carrie becoming as much of an icon as her many, many films.

More like this
'Doctor Strange 2' Star Benedict Cumberbatch’s Net Worth Is Not An Illusion
By Hugh McIntyre
Sandra Bullock, Girlboss Extraordinaire
By Matt Harkins & Viviana Olen
What’s New On Netflix: A Victoria Justice Rom-Com & The Return Of David Letterman
By Arya Roshanian
'Doctor Who’s New Star Is Already Huge On TikTok
By Maxine Harrison
Get Even More From Bustle — Sign Up For The Newsletter