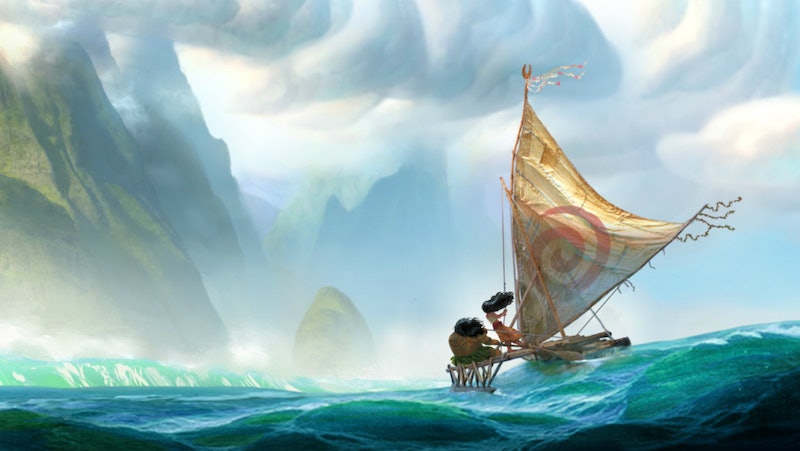 Disney fans are buzzing about a recent movie announcement from the company, and for good reason! The film will center around Moana, the first Polynesian Disney princess. Moana will be released in Fall 2016, but we already have some information about the movie and its title character. Here's everything you need to know about Moana.

According to Screen Rant, Moana "undergoes a journey where she joins forces with her hero — the demigod Maui — and travels the wide, unconquered ocean on a voyage." The site also reports that "enormous sea creatures, breathtaking underworlds and ancient folklore" will be involved. Screen Rant also provides a brief description of our heroine. Director John Musker reportedly described Moana as "indomitable, passionate and a dreamer with a unique connection to the ocean itself.”

The voice of the princess hasn't been announced yet, although Fifth Harmony's Dinah Jane Hansen auditioned for Moana. (If she doesn't get the role, here's more actresses that would be amazing as Moana.) And, by the way, if you're curious about her name, here's how to pronounce "Moana."

However, Dwayne Johnson, AKA "the Rock," is confirmed as the voice of Maui. Additionally, the Moana IMDB page claims that Alan Tudyk will voice a character. (Tudyk voiced Duke in Frozen.)

Fans were already treated to the concept art for Moana , but we got a clearer look at Moana during the annual D23 expo. Moana looks strong, confident and assertive, just like we hope she'll be. We still have so much more to learn about this new princess, although fans are hoping Moana does for diversity what Frozen did for feminism. This is an exciting movie for so many reasons, so Fall 2016 can't come fast enough.