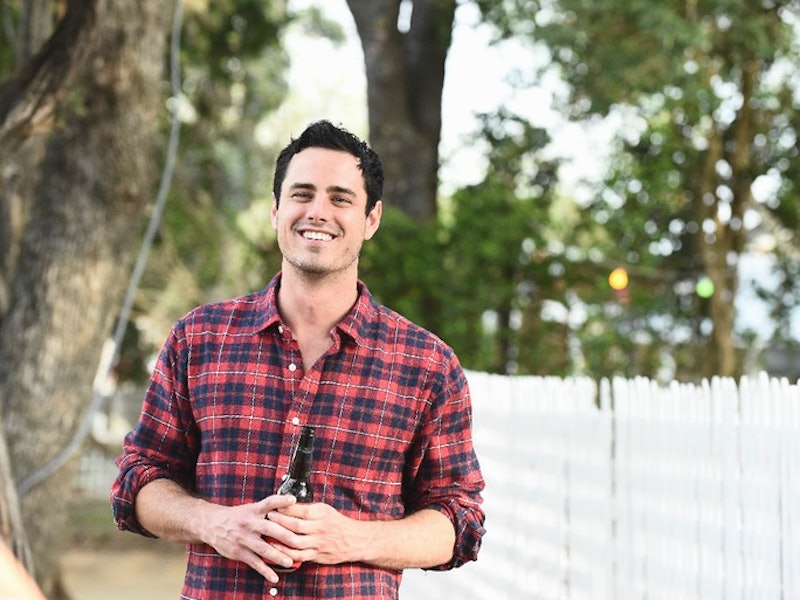 What is Ben H.'s type? An answer we'd all like to know, right? I'm sure I'm not the only one who wishes the answer to that question was "me." In the case that we all don't win Ben H.'s heart via a public plea like "WHY NOT ME?" we should probably talk about what Ben is looking for in a woman on The Bachelor . Is he looking for someone with some sass? Or is he like the girl-next-door? Maybe both? What is Ben H.'s type? If this fan-favorite is going to be the next Bachelor, we need some answers, and we need them STAT.

There's also the other question of if Ben H. even has a type. Here's this sweet guy who seemed a little reserved while starring — and stealing the hearts of many — on The Bachelorette. He didn't seem like he was going to mesh well with Kaitlyn, but surprisingly, he lasted late into the show. On top of that, he said he was falling in love with Kaitlyn, so clearly she was "his type." Because Ben H. can do no wrong in my eyes, I'm going to give him credit and say that he is probably very open to all different types of women. But there are some important characteristics the right woman will need to have.

Ben was probably one of the most genuine people in the history of the show. He doesn't need someone who is only going on the show to gain some Twitter followers, he needs someone who is there to fall in love.

Kaitlyn was known for being one of the most fun Bachelorettes. It seemed like Ben enjoyed that aspect to her, so I'd say he also like someone who would keep him on his toes.

Ben is a very charitable person and chances are he would look for the same in a partner.

Someone Who Is Kind

Ben is truly one of the nicest people ever — just read through his Twitter — and if he doesn't find someone who is his level of kindness, then it's just not meant to be. He needs someone who will stand up for others, just like he does.

Someone Really Into Family

Who wouldn't want to be a new member of Ben's family?

Someone Who Cares About Car Safety

If you don't believe in "click it or ticket," then you can be sure you're not going to be getting a rose from Ben H.

We will surely learn more and more about what Ben is looking for in a woman when he is officially announced as the next Bachelor. Until then, get your gowns ready, ladies.