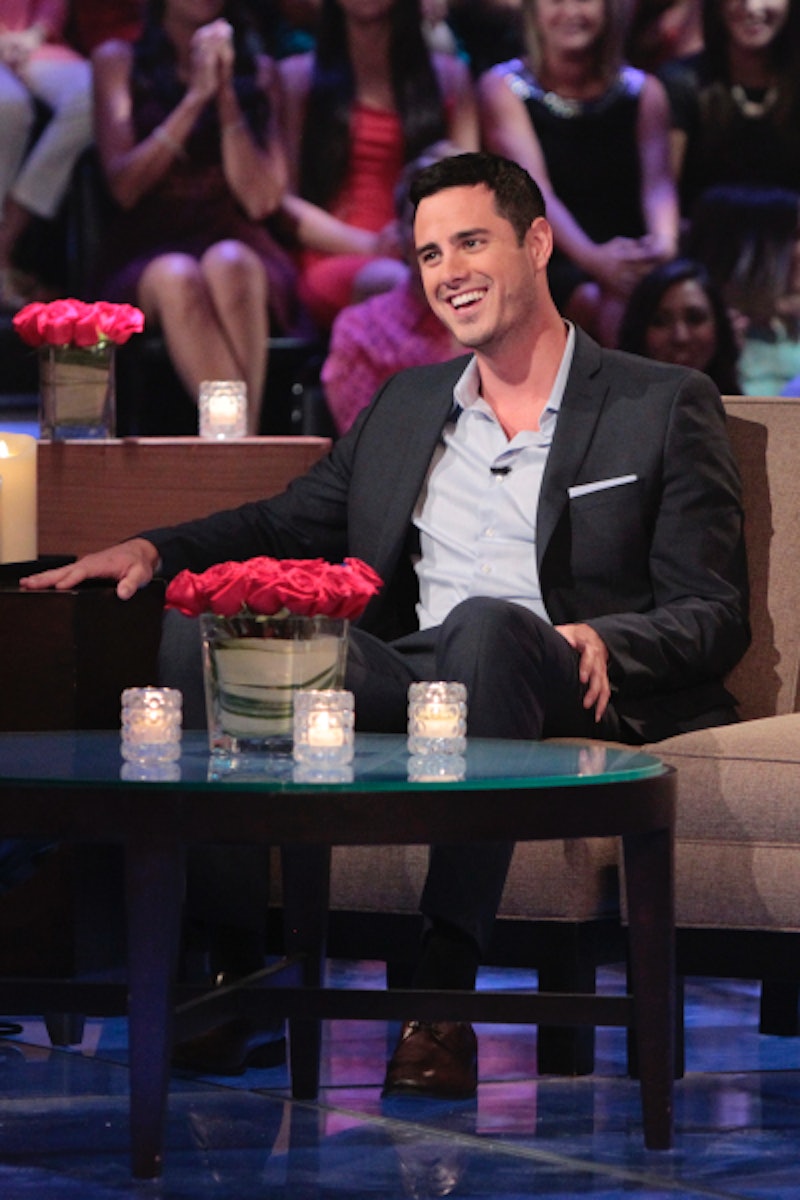 Kaitlyn may have broken his heart, but Ben H. has proven to be the fan favorite of this season of The Bachelorette . It was really nice to see him on the Men Tell All for some one-on-one time with Chris Harrison, too. Ben got to talk about his relationship with Kaitlyn, the reasons why he feels “unlovable,” and the odd feeling he got when he walked into a conversation with Shawn B. and Kaitlyn. That was all in the past, though — is Ben feeling better now? (And, more importantly, will Ben H. be the next Bachelor? On the Men Tell All it certainly seemed that way.)

He seems to be doing a lot better than when we saw him get rejected. In his one-on-one with Chris Harrison, Ben talked a lot about how he worries about being “unlovable,” which is something that carries over from his childhood. Why, I have no idea — look at that Bobby Brady face. He also touched on a specific moment that has had some pretty big ramifications throughout the course of the season — Kaitlyn telling Shawn that he was “the one.” You see, Kaitlyn snuck out of her room (no camera and no microphones so you know that ABC isn’t happy) to hang with Ben H. and Shawn B. in their room, and when Ben got up to shower is when the “you’re the one” moment happened. Ben said that he knew something was weird when he got out of the shower and came back in the room — like he had walked in on something — but, he couldn’t put his finger on it, and now he knows what’s what.

He and Chris talked about this for a bit, and Ben was basically like, “Bygones,” and said he admired and respected Kaitlyn and had appreciated what they had, but it was time for him to move on and he left it at that. Is this what an adult relationship looks like? There are so few on The Bachelor and The Bachelorette that I forgotten how nice and normal and unscreechy they can be.

This is why everyone loves Ben (and why he was chosen as the Bachelor, maybe) — he’s just so levelheaded. I mean, he’s diabolically handsome, but he is really a classy, respectful, intelligent, all-around great dude. I’m not sure that I believe he’s 26, but that’s neither here nor there. Ben has no need to worry about being unlovable now — as the next rumored Bachelor (ABC has yet to confirm, but we all know it’s true), our little cinnamon roll will have the complete spotlight. Ben will have a ton of women after him, Bachelor or not.