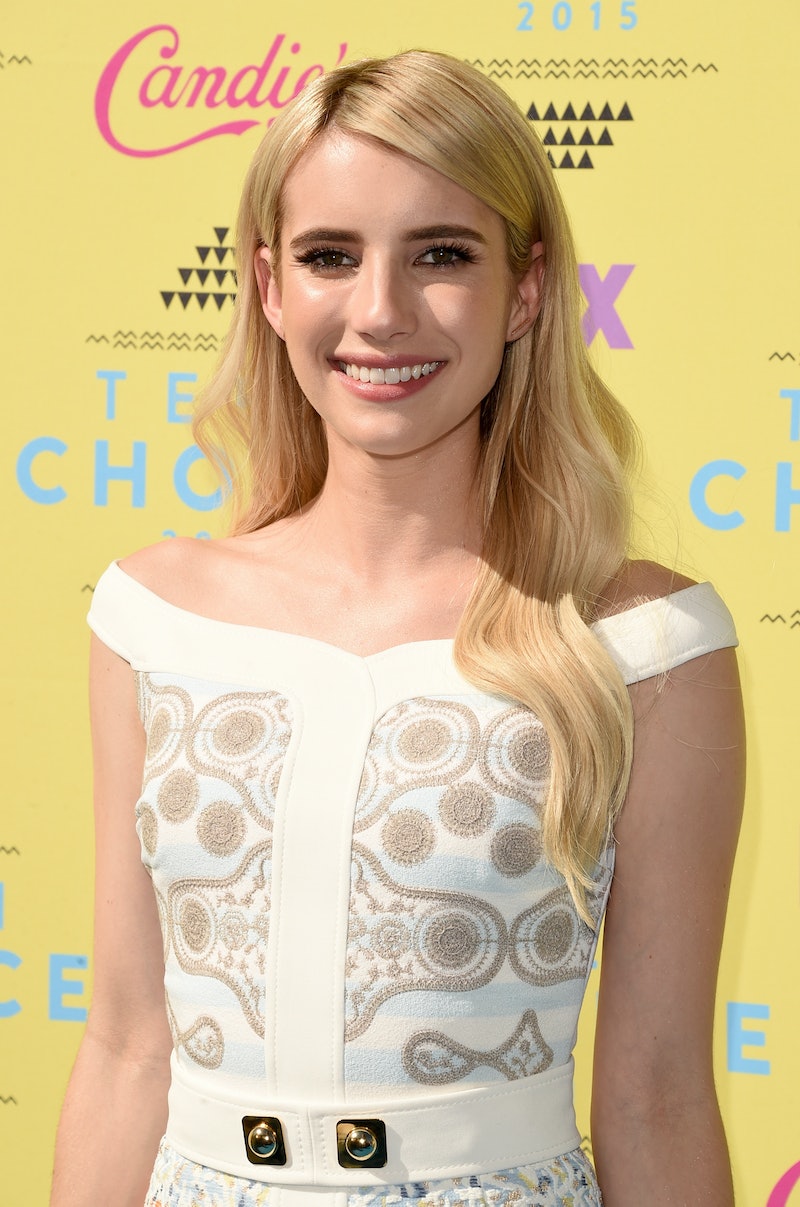 The retouching and airbrushing of models in advertisements has become a pressing and controversial issue across the fashion industry over the years. To further protest heavily edited advertisements, American Eagle's lingerie and loungewear offshoot Aerie teamed up with Emma Roberts for the latest installment to the Aerie Real campaign, according to the Huffington Post.

The Scream Queens actress is stunning in these shots, au natural in a variety of the brand's intimates and cozy loungewear pieces. I always considered Roberts to be the alternative celebrity, who, despite her big break on mainstream network Nickelodeon, wasn't afraid to do her own thing and hop on the Indie film fast track, starring in movies like The Art of Getting By and Paolo Alto. Once she broke out of her tween shell, Roberts always seemed to have a rawness about her which Aerie captures perfectly.

"Often, when we hear the word 'real,' we automatically think flaws," Roberts told Refinery 29, "but it just means being yourself, realizing you're beautiful the way you are, and not taking it all too seriously. Like on Instagram, I love posting pics of myself looking silly and laughing — it doesn't always have to be a sexy selfie."

Aerie first launched its Aerie Real campaign in spring 2014, discontinuing the use of digital touch ups in its advertisements and opting for models who more closely mirror an average size girl than typical fashion models. Roberts is the first celebrity to be featured in the brand's upcoming series of celebrity-centric ads, and if these photos are any indication of what's to come, we're in for a treat.

"I hope girls feel good knowing that when you see these supposedly 'perfect' people in movies or in ads, that's not real," Roberts told Refinery 29. "You know, I'm like any other girl — sometimes you wake up and you're having a great day, and other days you just don't feel good about yourself. The way actors and celebrities are presented can be so unrealistic, and I wanted to put myself out there in a different way."

I admire Aerie for using real girls in their campaigns, and believe that focusing on the "real girl" for the past year was a smart way to ease into launching a celebrity-focused campaign. It's rare that big fashion brands feature the average girl in ads and campaigns, and even more of a rarity to skip the Photoshop. It is important for girls to skim through magazines and see ads that portray women for who they are, and Aerie is certainly giving girls the opportunity to see models and campaigns that are refreshing and, of course, real.