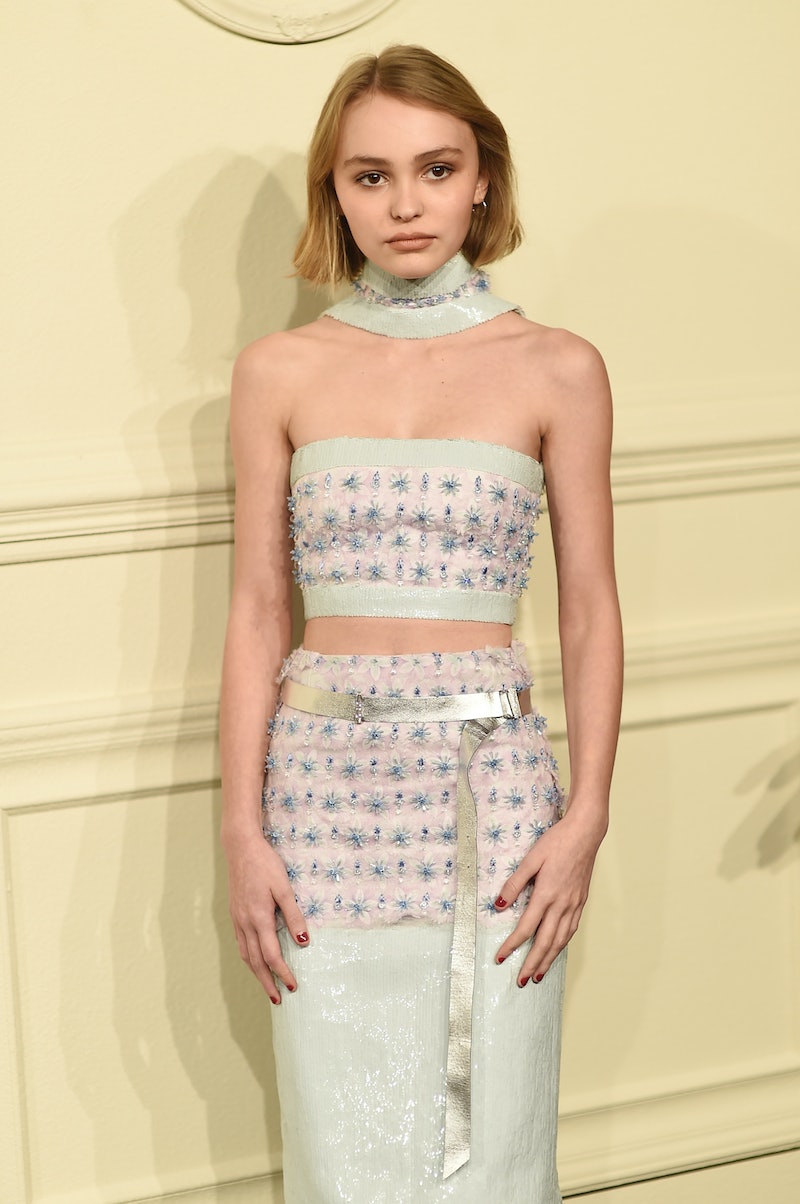 She may be only 16, but Lily-Rose Depp is so comfortable in her skin that she is participating in an amazing new project that supports the LGBTQ community called Self Evident Truths. Johnny Depp and Vanessa Paradis' actress and model daughter joined the cause started by photographer and artist iO Tillett Wright, which aims to photograph 10,000 Americans who identify as anything other than 100 percent heterosexual. The objective is to "spread awareness and understanding about a broader spectrum of human sexuality," according to the project's website. Depp, as well as other celebs and non-celebs, had her photo taken and it will eventually appear with all of the other portraits of participants in front of The Washington Monument and in a large photo book — how's that for impressive?

Before now, few people knew that Depp identifies as something other than a cisgender, straight young woman. Thanks to this project, others — including Olivia Thirlby, who came out as bisexual when she joined the cause — have the courage to make their authentic selves public with the knowledge that, in doing so, they're also helping others accept themselves without fear or shame.

Wright praised Depp on Instagram, posting this photo along with an explanation of why the teen had chosen to participate in Self Evident Truths. While Wright doesn't get into specifics, the activist explains that Depp "falls somewhere on the vast spectrum."

Depp joins several celebrities, including Gaby Hoffman, Steve Buscemi, Penn Badgley, and — most awesome of all — Depp's stepmom Amber Heard, who are involved in the Self Evident Truths campaign, either because they identify as something other than straight or because support those who do, and appear in the following informative and moving video:

Neither Johnny Depp, Heard, nor Paradis, have publicly commented on the 16-year-old's involvement in the project, but there's zero doubt in my mind that her dad, who allows her to express herself and embrace her own definition of cool, wouldn't be 100 percent supportive of her. The only thing that would make this campaign even more incredible would be if Daddy Depp got onboard and declared, "We are you" himself. More than anything, Lily-Rose Depp represents hope that Generation Z will be even more accepting, loving, and tolerant than previous generations.