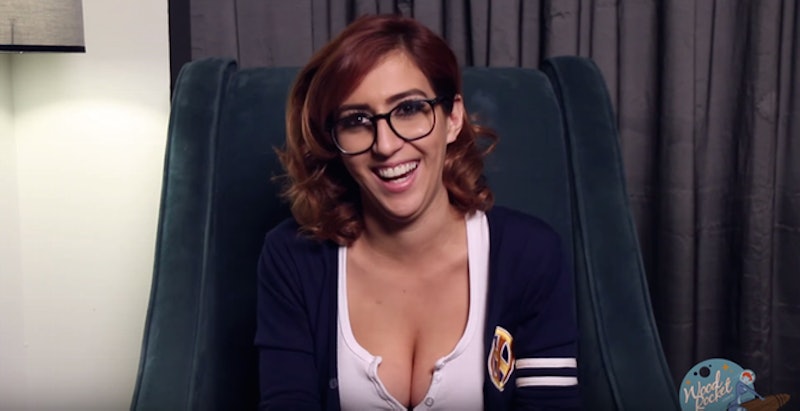 Regardless of what your real life worst-nightmare sexual scenarios have been, I guarantee these adult stars have seen worse. Here are five of the grossest experiences they have been forced to endure in the name of pleasure:

Fun fact: when actresses are on their periods, they often use a makeup sponge to block the blood so it doesn't interrupt a scene. However, many a lady has been known to forget said sponge until they suddenly become quite pungent...

Some girls aren't aware that they can reschedule a shoot if they happen to be not so fresh down there. Ela Darling recounts a story of one unwell newbie reaching an intense climax that caused her to squirt all of her yeast infection discharge over another girl's face. Yikes.

What happens when one actor mixes up the words for "spit" and "vomit"? Rain DeGray's co-star had to find out the hard way...