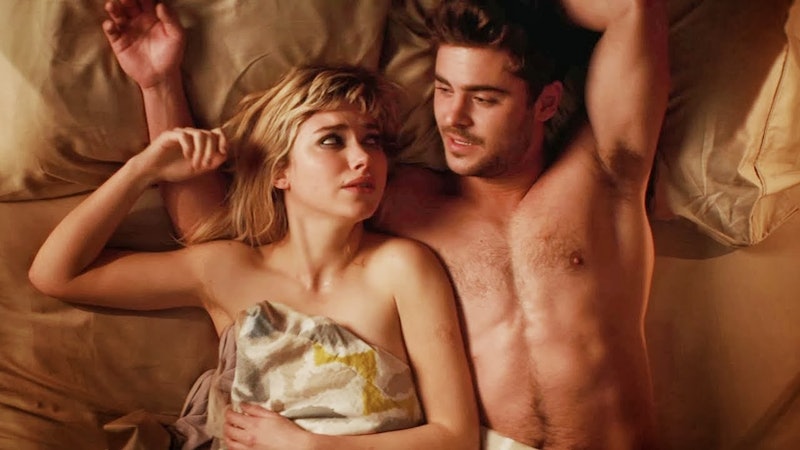 For all its awesomeness, sex can be a fairly embarrassing thing. When you think about it, like really think about it, it is sort of gross, after all. There are all these bodily fluids being exchanged, weird smells, even weirder noises, and then mysterious stains on your sheets (or wherever you had sex) afterward. This doesn’t take away from how great sex is, but it can definitely leave you open to some sticky situations, both literally and otherwise. And the more sex you have, the greater your chances of running into one of those embarrassing situations.

While embarrassment in the earlier years of sex usually involves mom and dad walking in on you, as you get older, those instances pale in comparison to the embarrassment that comes once you start exploring different parts of your sexuality. Once you branch out of the safe zone that is the missionary position and try other things, you’re basically just asking for things to go awry.

Bustle asked a few readers to share their most embarrassing sex moments with us — anonymously, of course. From poop, to blood, to trips to the emergency room with mom, here are 11 embarrassing sex stories that take the cake.

1. "In My Defense, It Had Been Broken Many Times Before"

“I broke a guy's nose with my knee while we were positioning in for 69. In my defense, it had been broken many times before and was fragile to begin with.”

“One time, I was having sex with a guy and he started tweaking out as he finished. I figured it was just really good sex. Turns out he was epileptic and was having a full-blown seizure. It was embarrassing and scary all at once.”

“Fortunately I don’t really remember it, but as the guy I was seeing informed me the next day, I fell asleep while he was going down on me and I farted in his face. I wouldn’t have believed him, if it had been the first time a guy told me I’d fallen asleep on him — but it wasn’t. The farting thing, however, was the first time…but probably not the last.”

“After chopping jalapeños, I washed my hands and went into the living room, where my partner and I started messing around. My hand was on his penis for like a minute before we had actual sex. After about a minute of sex, we both started screaming from burning pain. Apparently, the jalapeño juices were still on parts of my fingers, and it just took a few minutes for them to kick in and burn the f*ck out of both of us.”

“One time, I f*cked the weatherman from the local television station and I, not yet knowing how to be sexy, asked him to talk dirty to me. He told me to expect heavy precipitation in my southern hemisphere. I wish I were joking.”

“It was a biting incident in which a chunk of my areola was bitten right off. I had to go the hospital for stitches, but not before explaining to my RA exactly why and what my boyfriend at the time had done.”

“There was the time this girl left for a flight the morning after we slept together. So when I woke up, she was gone, but she must have gotten her period in the middle of sex because I was covered in blood, from eyebrows to knees. She was an ex, and we’d been sneaking around letting our friends think we hated each other, so we did it in a guest bedroom where we were both staying. The next morning, I had to sneak out trying to find a washing machine without anyone noticing that I was bloody and clutching bloody sheets. I swear, it looked like I had killed someone.”

“I was having sex with a guy in college who wasn’t circumcised. We were going at it, then he just started screaming. It turned out that he had ripped his foreskin and it wouldn’t stop bleeding. If that wasn’t bad enough, when we went to the hospital, his mother met us there, because she was a professor at the university. I had to sit there in the waiting room next to her while he was stitched up.”