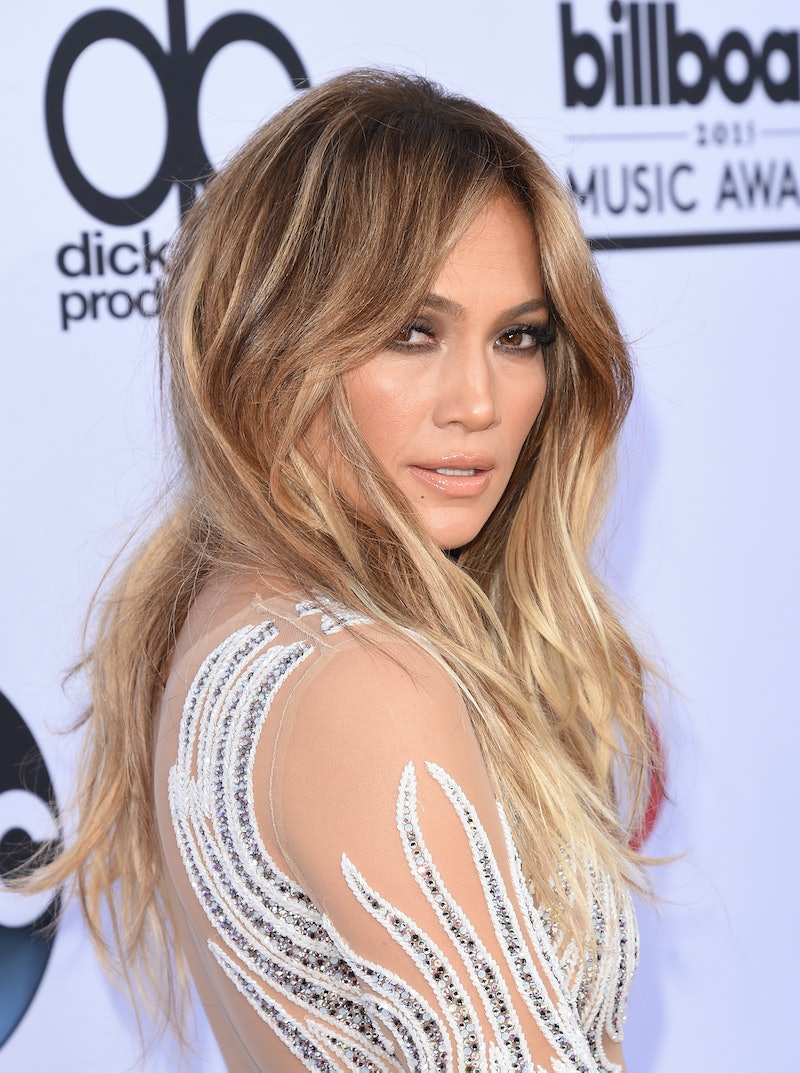 There are only a handful of superstars today whom designers ask to represent their brand, but it simply doesn't get any bigger when the celebrity is Jennifer Lopez. Named Balmain's new muse, J. Lo appears alongside designer Olivier Rousteing on the cover of Paper's September issue. It's one of two covers (K-Pop star CL and Moschino's Jeremy Scott appear on the other) for the magazine's upcoming issue dedicated to luxury fashion.

Rousteing shared the Paper cover via a series of posts on his Instagram dedicated to Lopez. The stunning cover shot by photographer Nicholas Moore, finds the actress and pop star embracing the designer. Lopez is wearing a Balmain dress with long sleeves embellished in orange gemstones, her hair pulled back to showcase her fierce cat eyes and bold red lips. The duo was styled by Rob Zangardi and Mariel Haenn, who frequently work with J. Lo.

Lopez is the latest member of the #BalmainArmy, which Rousteing has called not just the celebrities and models who wear his clothes, but also young fashionistas who are advocates for social change. While the designer has worked most recently with younger stars like Kendall and Kylie Jenner for Balmain ad campaigns, making Lopez the muse adds a heavy dose of Hollywood star power to the French label.

But this is hardly J. Lo's first time representing a fashion house. Throughout her career, the actress, singer, and mother of two has been a muse for various designers. Here are three of Lopez's most frequent collaborators and their iconic moments together:

Both the star and the designer were already legendary in their own right, but the collaboration that resulted in J. Lo's Versace Grammy's dress forever changed red carpet fashion.

Lopez collaborated with Gucci several times throughout her career and even modeled alongside her twins Max and Emme for the label's kids line in 2011.

Lopez sparkled at the 2015 Golden Globe Awards in a caped gown by the Lebanese designer.