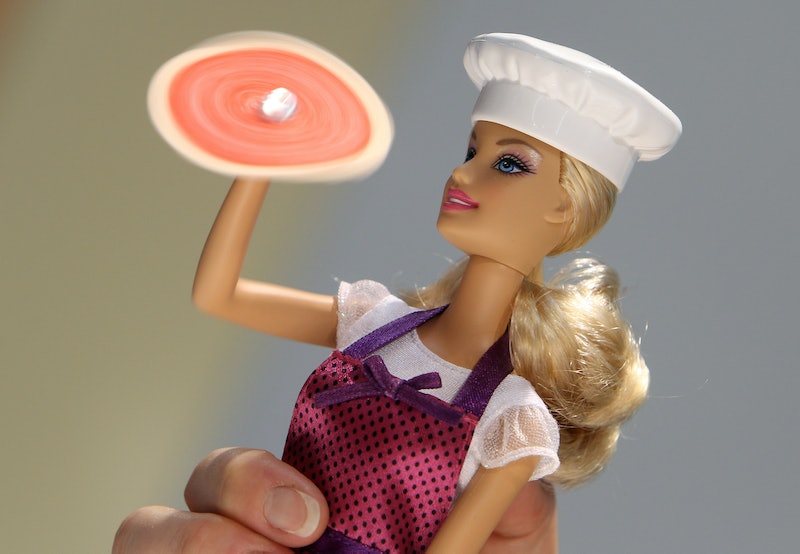 For those of you who are still happily eating pizza, let's get a few facts about gluten intolerance out of the way first: being gluten intolerant is different from actually having Celiac's disease. Only one in 133 people has Celiac's Disease, for which there is a definitive diagnostic test. If you have Celiac's, that means your body definitely cannot process gluten. But for some who test negative for Celiac's, gluten can still be an issue. In fact, an estimated seven percent of the population suffers from a more slippery condition known as "gluten sensitivity." That's about 20 million people in the United States alone.

One small problem: lots of people feel better (less bloated, generally healthier) when they cut the high-carb foods containing gluten out of their diet. And thus begins the mindf%ck of a cycle we (often already sensitive) gluten sensitive suffer.

Still confused, my lucky cookie-eating friend? Let me take you on a journey lined with breadcrumbs and constipation:

It all begins with developing DIGESTIVE ISSUES, WHICH ARE GROSS AND UNCOMFORTABLE TO BEGIN WITH. We won't get into that.

So you go to the DOCTOR, who suspects you might be GLUTEN INTOLERANT.

...and suggests you try eliminating gluten from your diet anyway.

So you resolve to stop eating everything delicious.

No, really, everything delicious.

And guess what? You start pooping like a rockstar!

... BUT THEN YOU START thinking: What if it's just the PLACEBO EFFECT?

SO ONE NIGHT, WHEN YOU'RE DRUNK, you decide to eat ALL OF THE COOKIES and pizza. Just to test that theory.

...But lo and behold, you feel like crap the next day.

Still, you aren't SURE if it's because you ate and drank so much, OR because you're REALLY GLUTEN INTOLERANT.

Either way, this isn't just a hangover.

So you resolve to STOP EATING GLUTEN AGAIN. Just to see.

AND, yes, you feel BETTER.

...Until your friends invite you over for dinner, and you have to explain that you're "not eating gluten...AGAIN."

AND THEY GIVE YOU THAT LOOK.

And express concern that maybe this is a fad-diet situation.

WHICH MAKES YOU FEEL STUPID.

Because you definitely don't want to turn into this.

But also wonder if being "gluten free" really is just code for "diet"...

...and also worry you're creating an endless cycle: the less often you eat gluten, after all, the less able your body is to process it, making you feel sicker when you do eat it.

Which seems stupid. SO, naturally, the solution here is to eat ALL THE PIZZA all over again...