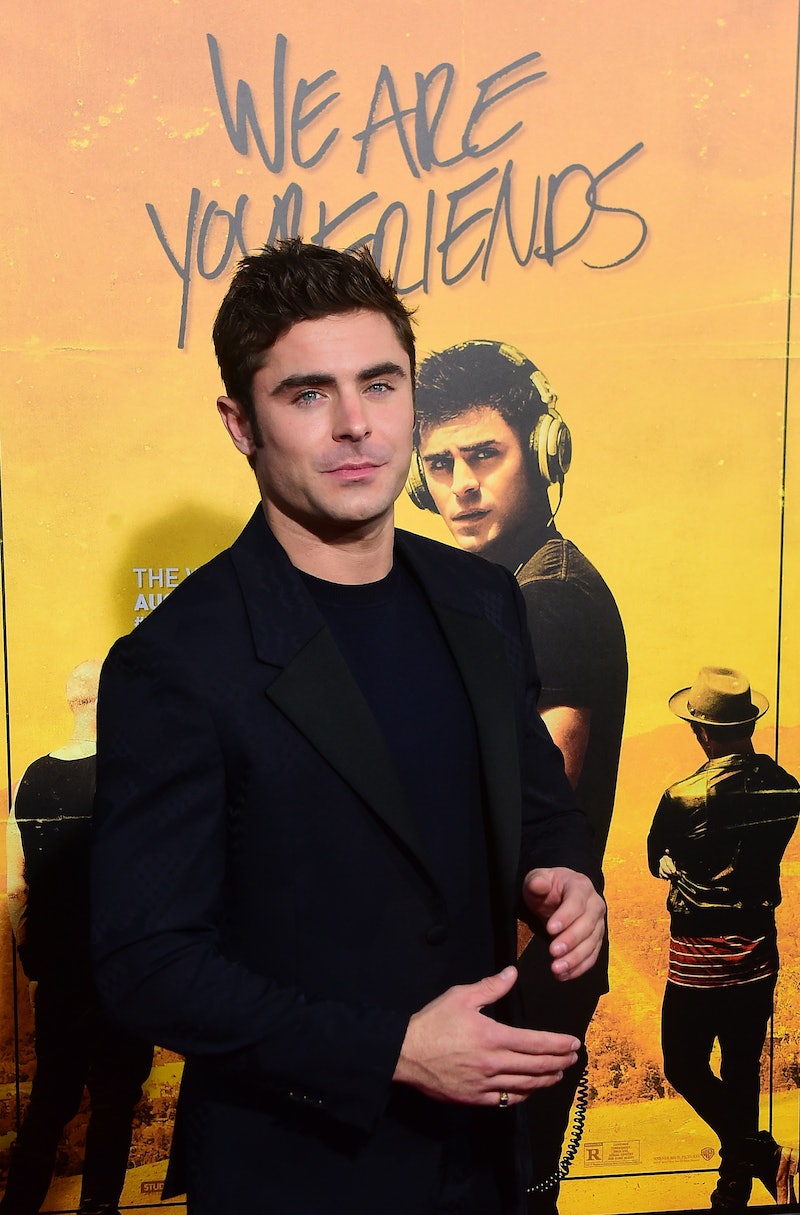 This summer, filmmakers have given us not one but two EDM-themed films, Eden and We Are Your Friends. We Are Your Friends, the new film about an up-and-coming DJ (Zac Efron) who falls for his mentor's girlfriend (Emily Ratajkowski), might further mainstream EDM music and the culture that surrounds it. The film is infused with music ranging from the most obscure names to those at the forefront of the movement. And in case you missed any of the music the first time through the film, there's a comprehensive 12-track We Are Your Friends soundtrack that accompanies the movie.

It's an intimidating world to simply plunge into. EDM has a language of its own and a hierarchy of musicians, remixers, DJs, and featured artists. I'll admit, I am by no means an EDM superfan — I'm more of a recent inductee into the genre, inculcated after hearing my little sister playing Porter Robinson at ungodly decibels for most of the day and much of the night for many days and many nights. And while I used to think of EDM as the kind of music best suited for the club after about 1 a.m. or the dark, cultish ambiance of a Soul Cycle class, I've come around, and I'm sure if you're just as hesitant as I was, you will, too after hearing the soundtrack. To assist your journey, I've compiled an unofficial ranking of the tracks off the We Are Your Friends soundtrack, from least to most obscure, so you can dip your toes before really taking the plunge.

Norwegian DJ Kygo (born Kyrre Gørvell-Dahll) is a name to know when it comes to EDM. A good remix can elevate a track, and Kygo's signature has marked artists like Kyla La Grange, Ed Sheeran, and this Seinabo Sey track, "Younger."

Though it's a lesser-known remix, this AlunaGeorge track is pretty famous within EDM spheres. "You Know You Like It," along with a collaboration on Disclosure's "White Noise," helped AlunaGeorge break through a couple years ago.

"Like A G6" remains Far East Movement's best-known track, but this collaboration with Hook N Sling for the We Are Your Friends soundtrack is likely to propel them back into the spotlight.

The Australian Dom Dolla is a relative unknown, but this song is one of the most accessible tracks off We Are Your Friends.

"Cole's Memories" comes in with a whispering chime that turns into an infectious beat about two minutes along. It demonstrates the range of music that falls under the "EDM" umbrella, and it's about as far from Seinabo Sey's "Younger" as you can get.

"Desire" is the lead single from We Are Your Friends is also the second song on the soundtrack. Co-written with English singer-songwriter Kid Harpoon (who has also collaborated with Florence & The Machine and Skrillex), the track was released by Years & Years before Gryffin remixed it for the soundtrack.

Lil Jon's familiar growl introduces this song, which name-drops Miley Cyrus and Mary Poppins in that order. It's one of the more approachable songs, but merits a lower place on the list because The Americanos are a relatively new group created by DJ Felli Fel, as Complex reported earlier this year.

Singer-songwriter Erin McCarley lends her husky vocals to this Deorro track — it's an unexpectedly excellent collaboration, with a radiant synth line and vibrating bass.

10. "Something About You – Pete Tong Kingstown Radio Edit" — Hayden James

"Something About You" was producer Hayden James's breakout single, and its ODESZA remix only elevates the track. The We Are Your Friends edit shows how many different directions a remix DJ can take a track.

Will Sparks originally released this track as a solo effort entitled "Ah Yeah!" This collaboration with rapper Wiley and singer-songwriter Elen Levon expands on the original song.

The only track on the We Are Your Friends mix that isn't available on Spotify, "The Drop" was originally released in 2013 (the mix that you can hear above). It's a sort of ode to EDM music itself — it combines trap and dubstep styles while repeating "Drop, drop, drop" over and over. "The Drop" is not a track for the faint of heart or for the EDM newcomer, but by the time you get here you'll be well equipped to get its references and the elements that go into making such a song.

We Are Your Friends' eponymous soundtrack combines some of the most famous names in EDM with some of the most obscure, and works its way through a whole host of styles that fit into the genre as a whole. Efron actually learned how to DJ for his role, working with Alesso and Dillon Francis to add depth to his performance. His co-star Ratajkowski said she has felt "like a touring artist," according to The Hollywood Reporter, because the cast has spent so much time on the road — she even proposed she and Efron start their own group along with writer-director Max Joseph. Why not? It would be a great addition to an already quite comprehensive set of songs.