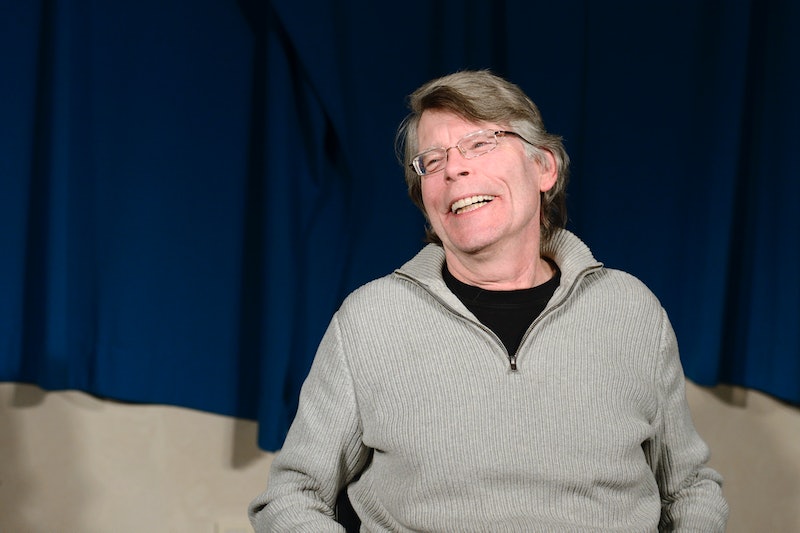 You've probably heard by now that CBS' The Late Show with Stephen Colbert has announced the guest lineup for its new host's first week on the air, and you might even have heard rumors that a certain horror writer will be gracing Colbert's stage. But when will Stephen King be on Stephen Colbert's Late Show ? You can catch his appearance on September 11, alongside fellow guest Amy Schumer and Paul Simon tribute band Troubled Waters.

The two Stephens aren't strangers. The author offered the South Carolinian host his thoughts on why horror matters during a 2009 Colbert Report appearance, and returned in 2013 to discuss Ghost Brothers of Darkland County : the musical he created with John Mellencamp and T-Bone Burnett.

It's more likely, however, that King will promote his upcoming short story collection, The Bazaar of Bad Dreams, due out November 3. This new volume features a mix of 20 previously published and new tales from the master of horror, including King's Amazon Publishing project, Ur, and baseball standalone Blockade Billy. The Bazaar of Bad Dreams is currently available for pre-order from your favorite retailer in hardcover, e-book, CD, and MP3 formats. Check out an animated version of the book's cover below.

On The Late Show, King and Schumer join an all-star, week one lineup that includes George Clooney, Scarlett Johansson, and Elon Musk. Colbert premieres September 8 at 11:35 PM on CBS.