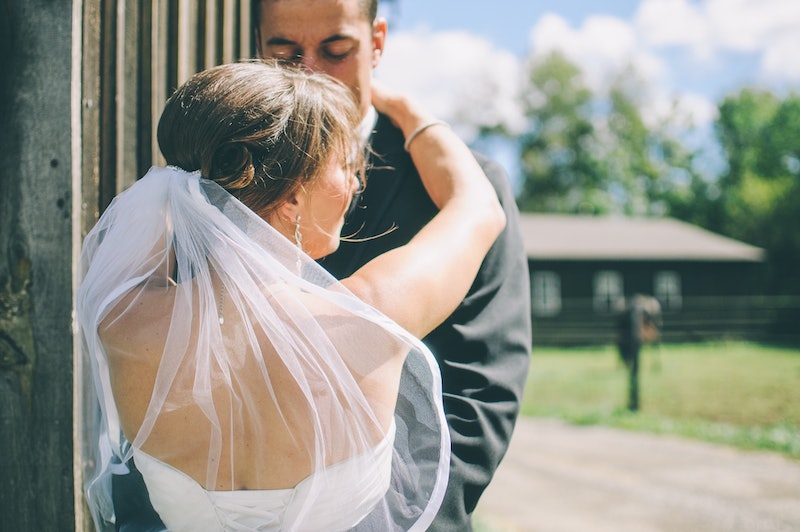 Picture this: You're headed to the end of your twenties, and all around you friends are getting married, buying property, getting promotions, making big-time decisions, and chasing that start-up idea they've been working on since college. Meanwhile you're still basically just getting by: sort-of OK job, unsatisfactory love life, dreams temporarily stalled or still undiscovered. Sound familiar?

The "quarter-life crisis" was first described in the early '00s, but it's generally focused on people who work their entire lives towards a goal only to discover they hate it, throw it all in, and go live on a houseboat somewhere. There's an entire other category, though: the people who feel rapidly outstripped and out-adulted by those around them.

I know that feeling. Most of my friends are academics, a career path which has definite progression and marks of success — postgrad, postdoctoral job, associate professor, all the way to tenure and a job for life. I, meanwhile, am (happily) working in creative fields with no such clear trajectory, still renting, and still prone to eating cereal for dinner. At the age of 27. If there's a race for financial and job security, I'm definitely losing it. But is there?

If you're becoming gripped with envy — or worse, panic — when faced with yet another friend who's climbed up a significant rung on the adulthood ladder, take a deep breath, grab some chocolate/a cat/a dog/somebody cute to snuggle, and read through this list of ways to deal.

1. Find some later-life inspirations to keep you on track.

Chances are, whatever you want to succeed at, there are people who've done it at a similar age to you — or older. Want to write a novel? Look at the authors who didn't publish their first book until they were over 40 (George Eliot, O.Henry and Henry Miller are among them). Thinking of becoming an actor? Meryl Streep didn't even graduate the Yale School Of Drama until she was 27. Hell, Colonel Sanders of KFC fame didn't start the business till his 60s. If yours is a dream that has predecessors, find some that won't make you feel like a rotten failure — because you're not there yet.

2. Map out a career projection, if you have one.

This may not appeal to you — it's not a step I've taken — but if you're feeling out of control of your professional future, sit down and make a diagram of what you want and where you'd like to go to get it. That dream to climb the rungs of an aerospace engineering firm or get a qualification won't happen unless you have it fixed in your mind. Concrete goals with time frames may give you more of a sense of hope for your future than eyeballing the dude next door.

3. Understand that life isn't about leveling up.

Adulthood is, 90 percent of the time, a bullshit expectation. The thing that distinguishes it from childhood is the one-two shot of independence and responsibility. But there's usually no such thing as hitting the targets at the right age, like a video game. Nobody's "getting ahead" of you because they're doing things before you do. It's a strange mindset, very different from the program of grades and competition that's fostered in the education system, but let's face it: there's no one model of how to be a "real person". Being a good person is probably a better goal, TBH.

4. Know which goals you want and which you're just expected to want.

This is one that requires some introspection, and you've probably been examining it a bit since adolescence. Which goals in your life are things that you really want, and what are things that have been foisted on you by those that love or believe in you? Do you truly want to get married, buy property, or pass the bar — and is that want fueled by real desire, or fear at what will happen if you don't? You are obliged to do many things in this life, but you're also entitled to your own choices. Figuring out what you want is a sticky process, but it can make things a lot clearer.

5. Have an honest think about what kind of life makes you happy.

Ask yourself honestly: what do I really need to be happy? There's no wrong answer to this question. (Aside from "a pile of bleeding virgins on top of a mound of industrially farmed chicken wings". That's wrong.) If you need money, great! Professional security? Kids? A supportive partner? Lots of supportive partners? Travel? A garden? If you're heading towards the kind of life you want, I count that as a success — and if you aren't, but want to do something so that you are, that's not too shabby either.

6. Practice being proactive about disappointment.

A large component of left-behind syndrome can be drawn from disappointment. Knocked back from a job again? Not earning enough this year to qualify for something you wanted? Dumped just before a friend's big wedding? Try — and I understand this sounds, essentially, like hell, but it's worthwhile, I promise — to channel your disappointment into actually doing something. Moping is excellent, but challenge yourself too, and build your confidence. For every knock-back from something you really want, try to do something positive, like sending out more applications. You'll feel better about the whole picture.

7. Understand that friends "having it together" is likely an illusion.

Look, it's a cliche of basically every film about rich people you've ever seen: the idea of a perfect life is only an idea. It's Grinch-like to imagine that every person you envy conceals a writhing nest of insecurities and failures, but it's also not realistic to idealize anybody else's life. Stop comparing yourself to what may not be real and is definitely not yours to worry about, and focus on what you really want and how to get it. Also, get some ice cream.