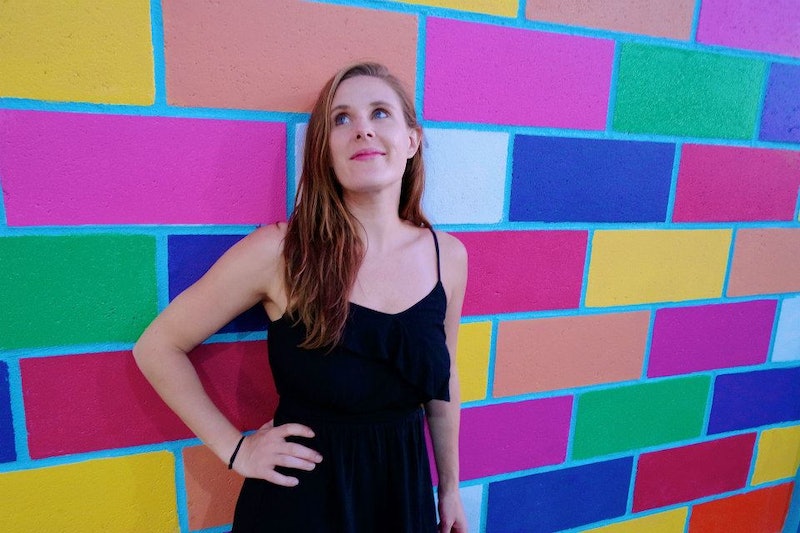 About a year ago, I was having one of those epic, ridiculous, totally immature meltdowns about some guy that waited 48 hours to respond to a text message. Now before you go judging me for stressing when a guy doesn't text back right away, consider how many times you’ve been in my state of panic: you have an incredible first date with someone, you full-on make out with them outside of your apartment door, they text you a sweet good-night message… and then you don’t hear from them for days. And suddenly that once put-together, independent, and strong-willed woman that you usually are takes a back seat to the bat-sh*t crazy version of you that happens when you think you met someone who could be a something.

“But, seriously. Everything was so good! It was so great! I don’t understand why he won’t just carry on a normal texting conversation with me. We’ve had four amazing dates,” I complained via G-chat to one of my best friends.

She carefully put up with me—in her tender, patient way—until she reached her boiling point (or maybe needed to sign-off so she could do actual work?). I’m sure she was just trying to say something to get me to back down and take a cool down from my manic state, but she asked one question that’s stuck with me ever since:

“Would you recommend this guy to me? To date?” She asked. At the time, I was utterly confused (did she like him too? She hadn’t met him!), but after she explained that she was just curious, it didn’t take much thinking to instantly say:

“No. I wouldn’t. He’s not dependable enough and you deserve that,” I said, shocked by how raw the words were.

“And what about your future daughter? Would you want her to date him?” She asked.

“No. Absolutely not. He’s not enough for my future child,” I replied, again, stunned by the honesty pouring out.

“Then why the hell are you dating him? Don’t you think you deserve just as much as I do and your imaginary child?” She countered.

And with that question… my anxiety waned. I stopped obsessing about the time between text messages. I let him lead the conversation. I didn’t worry if he didn’t respond in a timely fashion. Instead, each time that I start to get worked up or I start to wonder if he’s into me or not—I take a deep breath and ask myself if I’d want my best friends to date this person. If the answer is no—I stop wasting my time.

Sure, it might seem like a stretch to ask that after one date —how do I even know that person?— but what this question does is put the ball back in my court. Oftentimes in dating—especially in a big city like New York—it’s easy to feel like you’re simply a number in a big pack of willing, ready women who want to snag boyfriends or girlfriends… yesterday. But the truth of the matter is that being in a relationship is as much my decision as it is theirs—and though I might be initially attracted to someone, and I might get a high when they’re really into me—the choice to move forward isn’t purely theirs. It’s mine, too.

This question makes me take a second to breathe, look at the logic behind my worries instead of the anxiety, and truly look at who this guy is as a person. Not as the guy I want to hook up with, not as a partner, not as the dude I want to take home to meet my parents—but as a living, breathing, real, man, aside from anything connected to dating.

By using this simple test, I’ve weeded out duds faster, and I’ve focused more on what qualities are important to me, instead of trying to read the message between the blue iPhone lines.

It’s helped me to realize that most of my stress over unresponsive guys aren’t tied to them at all— but to my own fears about being single.

All of my stress was because I felt like I had no control and no way to make a decision about whether something moved forward or not.

But you know what? Now, I let the guy impress me. I let him take the reigns. I let him send the sweet texts. I let him make a move. Because I’d want my best friend to have that from someone who loved her. And I definitely don’t deserve anything less.