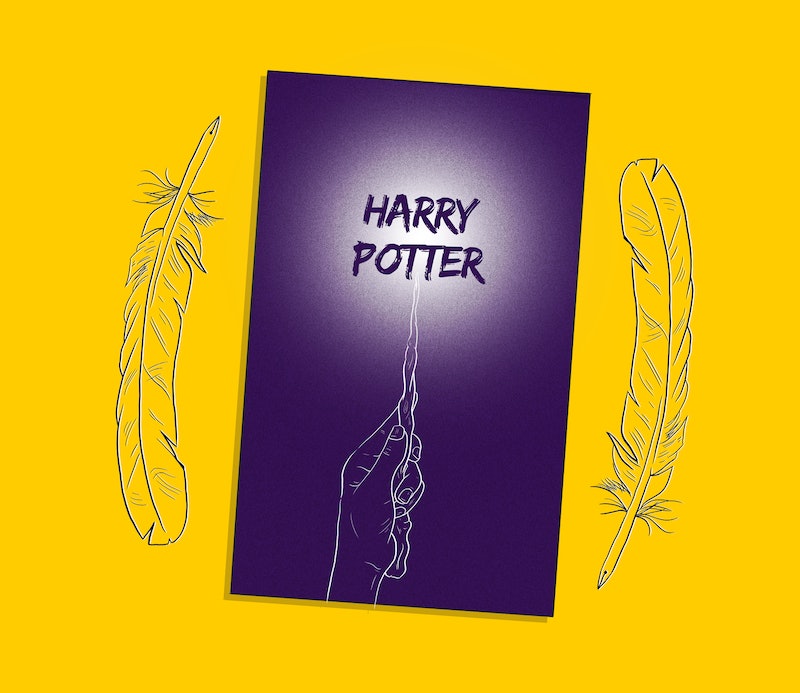 You know those books that take so long to read that by the time you get to the end, you forget what happened at the beginning? You literally could have read two or three books you were actually into in the time that it takes you just to get to the middle of Part II — because this thing that you're reading is definitely divided up into multiple sections — and when someone asks you how it's going, you're not exactly sure how to respond? Yeah, we've all had to read some of those books.

But not all long books are like that. There are a few books with super-thick spines that theoretically could take you a year to finish... but they won't, because you'll be so freakin' excited to be reading them. Instead, these kinds of books are so good that you find yourself pulling all-nighters because finding out what happens is so much more important than waking up at a reasonable time — who needs sleep, anyway? These are the kind of books you'll be happy have about a million pages, because you won't want them to end. And, yes, I'm serious.

Next time you find yourself wanting to read a long book that's worth every minute, try one of these 10. Even if you don't have much room in your schedule, you might just find that once you start, you won't be able to do anything else until you're done.

Yes, it takes just about a thousand pages to describe Scarlett's three husbands and her struggles during the war. But the entire time your emotions are on edge, pulling for Scarlett and hating her a little when she does things like steal her sister's intended husband. So, it's not like anyone ever gets to the part where Rhett says he doesn't give a damn and asks what took so long.

Set in a fictional world with years named after corporate sponsors, this lengthy tome asks some profound questions about our world that might just be more relevant than ever almost two decades after it was published. The narrative goes off on so many tangents that there's barely a moment where the length feels overwhelming. (And you'll need two bookmarks to tackle it because of the footnotes.) But, readers who like a plot with a neat resolution, be forewarned: the ending of this one leaves a lot to the imagination.

This hefty novel, which revolves around Russia's war with Napoleon, alternates between battle and the home front so adeptly that it feels much shorter than it is — maybe except for the author's musings on free will and historical analysis. Those are worthwhile to read in part because you really do feel accomplished when they're over.

Harry Potter and the Order of the Phoenix by J.K. Rowling

Years after we read this book — excuse me, all of

the Harry Potter books — for the first time, it still makes us cry and laugh and wish that we could go to Hogwarts. The end of this one was when we realized that a prophecy marked Harry as Voldemort's nemesis, and it left us wondering how the wizarding world would respond now that Voldemort's return was out in the open. Far from seeming too long, it made the wait for the sixth book seem never-ending.

No detail is too insignificant for Victor Hugo to mention, so as you make it all the way through this novel, you learn all kinds of things about the geography and history of Paris — all of it so beautifully written that there's barely a sentence you would remove even if you could. Cosette and Jean Valjean are unforgettable characters, but this is a story that's much bigger than them, shining a bright light on the injustice faced by them and countless others.

This novel is the newest on the list, but it relates to an often-portrayed figure in history: the abolitionist John Brown. This time, the story is narrated by his son Owen, resulting in a more personal take on events like the failed uprising at Harper's Ferry.

East of Eden by John Steinbeck

Although this novel focuses on two sets of brothers, but the character who steals the spotlight is the chillingly evil Cathy. The story covers a lot of ground, with cycles of luck and misfortune right up until a father on his deathbed blesses his only surviving son by reminding him that he has the power to choose what kind of person he becomes. Sibling rivalry is a tale as old as time, but this one is an emotional roller coaster to the dramatic end.

In this 19th century novel, Dorothea Brooke has great dreams to help her husband with a lifelong research project that he has undertaken, but those plans are derailed by his lack of enthusiasm. With an entertaining cast of characters and plenty of romance, this novel flies by, with the one key disappointment being that Dorothea's ambitions are set aside after her scandalous second marriage.

Unlike the last novel, this one has a character who will inspire you to be a badass. Fanny Price knows how to stick to her convictions, and in the end, she marries the man she's had feelings for all along. With the humor and satire and romance we know to expect from all things Jane Austen, this book is a heartwarming read with a satisfying conclusion.

We never find out the name of the second Mrs. de Winter, who struggles to escape the shadow of Rebecca, her husband's first wife. Her life is made more difficult by a housekeeper who undermines every attempt to make any changes in the family's home. This novel's sinister tone has your nerves on edge the whole time you're reading, and some dramatic plot twists reward you with a conclusion you didn't see coming.

More like this
I've Read The Harry Potter Books 30+ Times & This Plot Hole Haunts Me
By Kelsey Stiegman
10 Must-Read New Books Out This Week
By K.W. Colyard
The Most Anticipated Books Of August 2022
By K.W. Colyard
Candice Brathwaite Is Over Using Her Own Life For Material
By Shahed Ezaydi
Get Even More From Bustle — Sign Up For The Newsletter