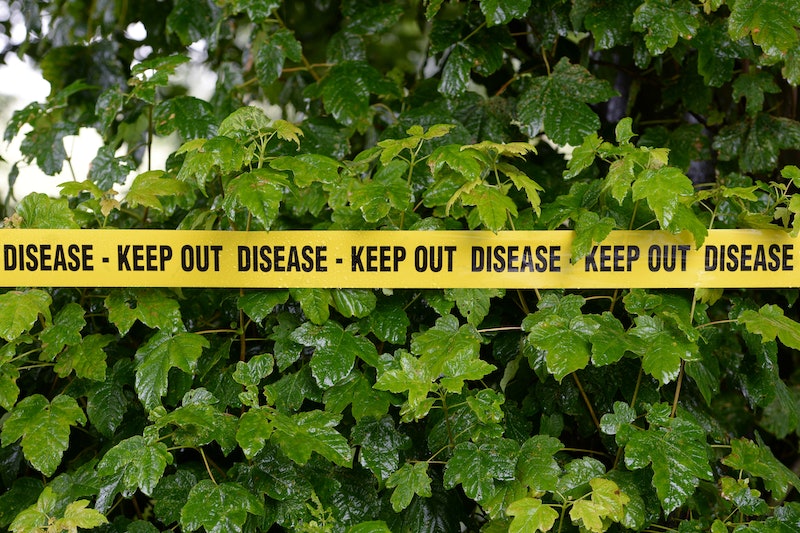 Last week, the Centers for Disease Control reported that three of the 11 people who have contracted the plague in the United States had died. Rather frighteningly, the overall disease incidence rate is higher than usual. Between 1970 and 2012, the country saw an average of only seven cases a year. Peak plague season ranges from spring to early fall, and so there is no way to tell if more cases will surface in the coming weeks. CDC experts say that they don’t want to worry people, but they have issued a report to doctors to stay alert for potential plague cases that might come into clinics thinking that they only have the flu.

Those delays in treatment can prove fatal. When the bubonic plague or its two other varieties (septicemic and pneumonic) aren’t caught early, the fatality rate ranges between 66 and 93 percent. If medical authorities can intervene with antibiotics soon after a patient demonstrates symptoms, however, the death rate plummets to 16 percent.

We don’t know why this year has seen a surge of cases compared to years past. "We don't want people to panic but we do want people to be aware of the heightened risk," Dr. Natalie Kwit told CNN. Kwit is a veterinarian with the division of vector-borne diseases at the CDC.

So far in 2015, plague cases have surfaced in Arizona, California, Colorado, Georgia, New Mexico, and Oregon. Two people who fell ill were visiting Yosemite National Park in California before they began to demonstrate symptoms. One of them was a child from Los Angeles County. Both have received treatment. Nine of the 11 cases have involved men.

What makes the plague tricky to recognize is how its early-onset symptoms aren’t that out of the ordinary. Patients who contract the plague first suffer from fever, abdominal pain, nausea, and vomiting. The iconic swelling of the lymph nodes that accompanies the bubonic form of the plague can happen later.

"The tragedy in most cases is that people don't realize what they have and think they have the flu," Sharon Collinge told CNN. Collinge is a professor of environmental studies at University of Colorado-Boulder.

Difficult too is tracking down how patients became infected in the first place. The plague bacteria, Yersinia pestis, can be transmitted to humans through bites from infected fleas, direct contact with infected fluids or tissues, or inhaling respiratory droplets from sick animals or people. After finding a new host, the bacteria incubate for between two and six days.

The plague — which decimated over 60 percent of Europe’s population during the medieval ages — has threatened Americans only rarely over the past few decades, and has surfaced in predictable patterns in the dry climate of the U.S. Southwest. Yersinia pestis tends to infect fleas and rodents. The sizable population of prairie dogs that tunnel through the arid landscapes of New Mexico, Arizona, and Colorado are a key plague site, according to Dr. Amesh Adalja, an infectious-disease specialist at the University of Pittsburgh Medical Center.

"Prairie dogs are one of the major rodent species that serves as a reservoir for plague, and they tend to be west of the 100th meridian" in the United States. For this reason, this line of longitude is sometimes referred to as the "plague line," Adalja told Live Science.

To lessen chances of contracting the plague, the CDC cautions hikers and other people who spend time outside in the problem zones to wear long pants to avoid flea bites. The health organization also stresses that people shouldn’t leave food or garbage around that could attract rats or other rodents.

All in all, Adalja told Live Science, the plague is something to be aware of, but it still remains a distant risk for most Americans.

"The plague is a very rare disease in the United States, and people shouldn’t be too unduly concerned about it," Adalja said. "It's not something that people should really change their vacation plans over."