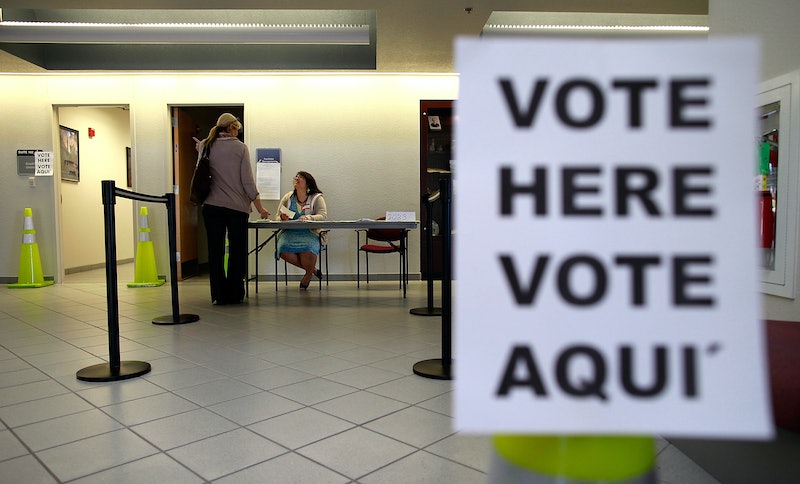 Less than two hours after the Supreme Court struck down a key section of the Voting Rights Act Tuesday, states began the process of implementing new laws. Greg Abbott, the attorney general for the state of Texas, said that “with today’s decision, the State’s voter ID law will take effect immediately." The Supreme Court said in its ruling that any discriminatory laws can always be challenged by the federal government in court. Now, as states act quickly to implement new voting laws, the federal government may soon be bringing cases of discriminatory voting legislation against them.

These quick moves by states with a deep history of voter discrimination laws give extra weight to Justice Ruth Bader Ginsburg's dissent: “Early attempts to cope with this vile infection resembled battling the Hydra. Whenever one form of voting discrimination was identified and prohibited, others sprang up in its place. This Court repeatedly encountered the remarkable ‘variety and persistence’ of laws disenfranchising minority citizens."

It looks like the Hydra is rearing its ugly heads again.