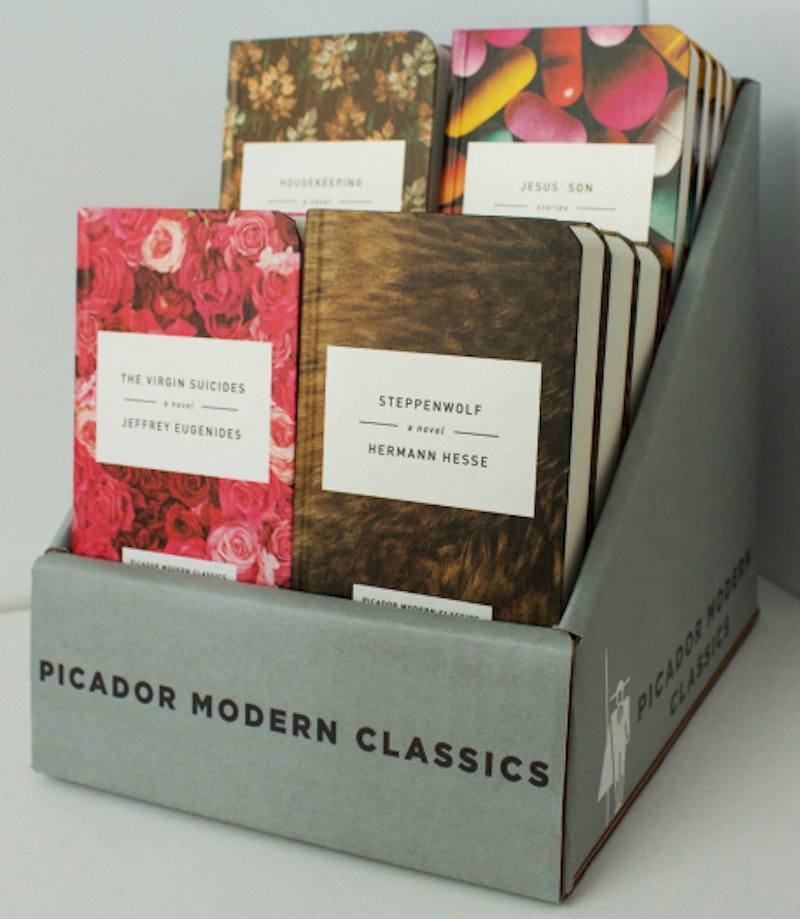 Roadside attractions used to be the thing for cross-continental U.S. tourists. The World's Largest Ball of Twine. The Gum Wall. The Housewife-Whacking Meteorite. And, if you trek up to Sedgwick, Maine, you can visit the World's Smallest Bookstore.

Bill Henderson runs Pushcart Press Bookstore, which is housed in a tiny 9' x 12' building poised atop the whimsical-sounding Christy Hill. This is a new location; the bookstore was originally located behind the village's Sedgwick Antiques on Route 172.

With a store so tiny, you might expect it to be a side-project for its owner, open only when he feels like talking shop and selling books. Not so for Henderson, who founded Pushcart Press in 1972 and edits its Pushcart Prize series. An award-winning author, editor, and publisher, Henderson is dedicated to the literary life. Just last year, he built a cathedral as a respite — you know, like Thoreau's cabin in the woods, but bigger and more impressive — and wrote a book about it. Every day, Henderson and his dog keep the Pushcart Press Bookstore open from 10 a.m. to 6 p.m.

Henderson's bookstore sells used books and new Pushcart Press titles. With so little space, the store must be choosy when deciding which titles to stock. Here are five tiny books Henderson could sell without sacrificing space.

That mauve cover, I mean, can you resist? Bad Girls Don't Make History is a tiny 240-pager, and it's definitely the book you want to have on-hand the next time your grandma tells you, "You'd have a boyfriend if you'd shut up about feminism once in a while."

Poetry chapbooks are perfect for people and places without space to spare. Rebecca Wolff's Warden is filled with grim poems about loss. These aren't the angsty fare of your favorite romance and YA novels, however. Wolff's poetry is abrasive, laying bare the backstabbing experience of love turned to hate.

The Book of Five Rings by Miyamoto Musashi

Want to learn 17th century Japanese swordplay? Oh, c'mon. You know you want to. Miyamoto's The Book of Five Rings is a no-frills guide to warfare, timing, and the rules of combat, with broad and deep explorations of swordsmanship schools of the time. Trust me, it's a lot more interesting than I'm making it sound.

Scout Books publishes these great, pocketable volumes, like this edition of Edgar Allan Poe's The Purloined Letter. It's a 32mo — that's 3.5" x 5" — with charming illustrations from Roman Muradov. Ultra-cheap, ultra-portable, and perfect for the World's Smallest Bookstore.

More like this
'Mayfair Witches' Already Changed 2 Major Characters From The Books
By Grace Wehniainen
The 3 Best Heated Steering Wheel Covers
By Margeaux Baulch Klein
Prince Harry Incorrectly Recites Christina Aguilera’s “Genie In A Bottle” Lyrics
By Jake Viswanath
I Read Prince Harry's 'Spare' So You Don’t Have To: 11 Highlights To Know
By Marina Watts
Get Even More From Bustle — Sign Up For The Newsletter
From hair trends to relationship advice, our daily newsletter has everything you need to sound like a person who’s on TikTok, even if you aren’t.