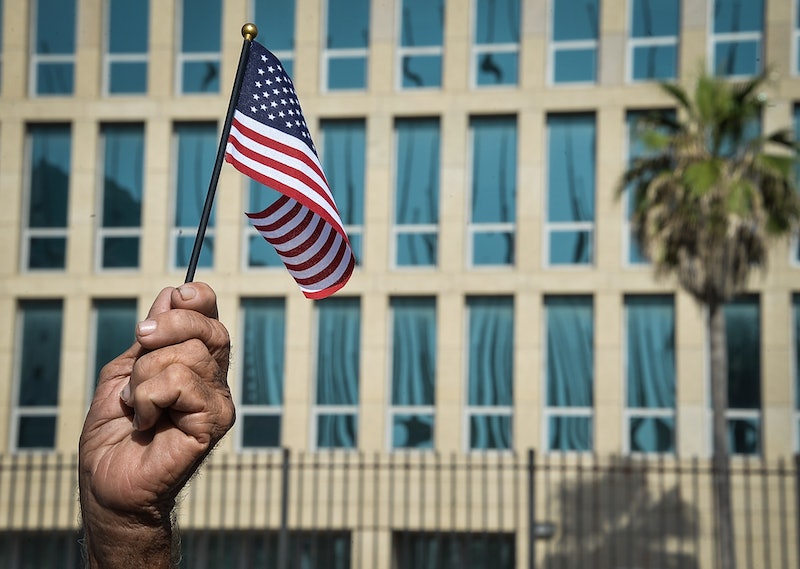 In a statement released Wednesday, publisher Ilan Stavans announced the creation of the Restless Books Prize for New Immigrant Writing. "The ethos of America is defined by its immigrants," Stavans said. He went on to note that immigrants' "stories have always been an essential component of the nation's cultural consciousness."

The Restless Books Prize for New Immigrant Writing offers $10,000 and publication to the winner, who must be a first-generation United States citizen with no books previously published in English, and whose manuscript must be an unpublished work of fiction. Restless Books will accept submissions from September through December. A shortlist reveal is planned for April 15, 2016, with a winner announced the following summer. The indie publishing house intends to offer a nonfiction prize next year.

Plenty of people will tell you that the U.S. is a nation of immigrants, but few will acknowledge the importance of immigrant voices in literature. We tend to think that, when immigrants or their children write fiction, their stories are American. Period. That's not wrong, but it isn't nuanced enough to be right, either.

Immigrants write from distinct perspectives that those of us whose ancestors came to the U.S. hundreds of years ago cannot capture. Lumping immigrant writers in with the rest of American Literature denies them their unique identities. Restless Books' new award, then, is offering recognition to an often-overlooked corner of U.S. publishing.

Although contenders vying for the Restless Books Prize for New Immigrant Writing will be previously unpublished titles, I wanted to look at a handful of books that might have won had the award been offered previously. Here are the five titles that probably would have made Restless Books' shortlist.

The Secret Side of Empty by Maria E. Andreu

As young protagonist M.T. inches closer to her high school graduation and faces the worlds of work and higher education, she must tread carefully. Despite being raised in the U.S., Maria E. Andreu's heroine is an undocumented immigrant, who crossed the border as an infant. The Secret Side of Empty borrows much from Andreu's own experiences growing up without papers to confirm her place in the only country she's ever known.

Together Tea by Marjan Kamali

Darya and Mina are a mother-daughter pair of Iranian-Americans. Despite growing up in Tehran, 25-year-old Mina is largely assimilated into U.S. culture, but Darya holds Persian tradition close, often to her daughter's chagrin. After Darya makes a poor choice in attempting to find her daughter a husband, the two travel back to Iran, where their bond is repaired and then put to the test.

In her short story collection, Happiness, Like Water, Chinelo Okparanta explores the lives of Nigerian women in their home country and in the U.S. Their tales include a folk cure for infertility, coerced prostitution, a lesbian relationship threatened by an arranged marriage, and an oil spill connecting two countries. These are colorful, yet dark, stories you won't be able to stop reading.

In the American Heartland, a young Nigerian couple keep up appearances in their arranged marriage. Ifi helps her new husband, Job, hide his shameful secret: he is a college dropout, not a doctor. But when Job's first wife, from a marriage of green card-seeking convenience, slips back into the picture, the entire ruse may fall apart.

Girl at War by Sara Nović

In 1990, Yugoslavia is torn apart by civil war, and 10-year-old Ana is pulled away from her comfortable life to become a child soldier. Years later, living in the U.S., the grown-up Ana struggles to relate to her younger sister. She returns to Croatia for the first time in more than a decade, looking for peace and understanding in her homeland.