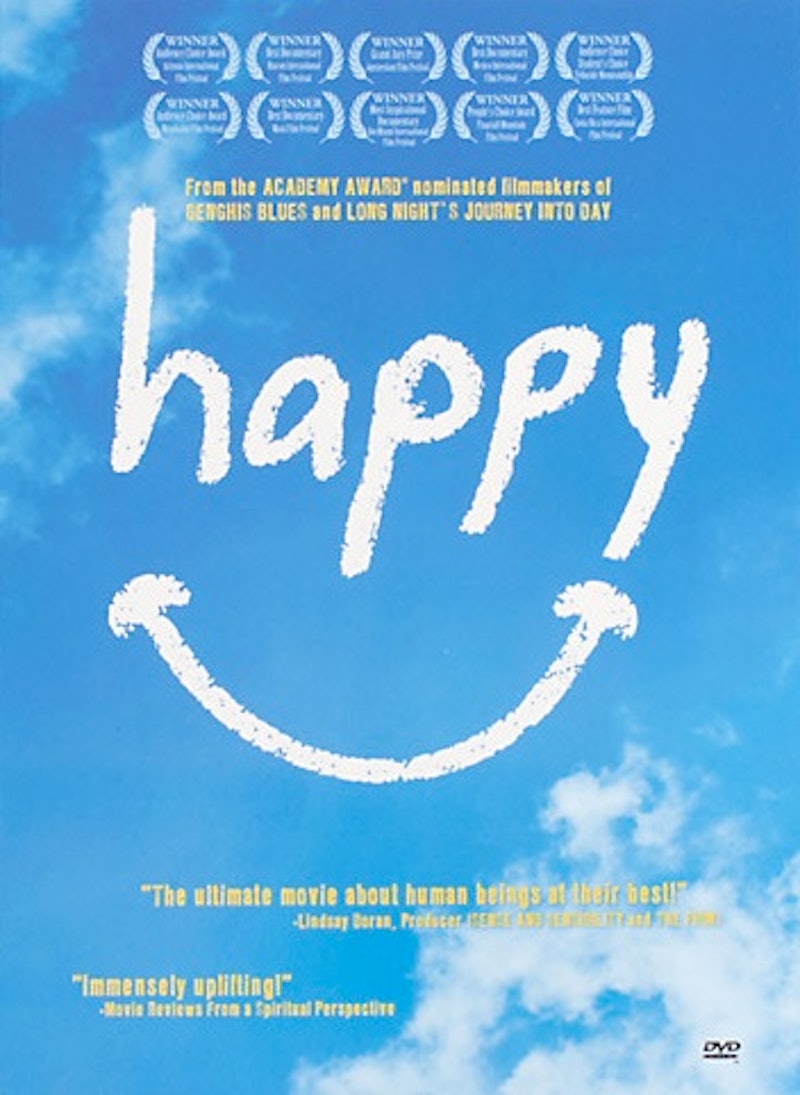 As an avid documentary lover, I think some of the most compelling documentaries will leave you shaking, crying, and dead inside. However, watching uplifting documentaries on Netflix after sad films can make everything feel OK again. Regardless of your own situation in life, watching somebody else achieve their dreams or get through something difficult always guarantees a boost in personal happiness.

Documentaries are meant to be educational, but more often than not, I find the emotional connection I make with them the most rewarding part of all. Even if the subject of the documentary doesn't immediately interest me, watching people overcome hardships and succeed at something is always inspiring in the best kind of way.

If I'm feeling down or just having a bad day, losing myself in the happiness and successes of others is a great form of escape. Often, these people have been through much worse hardship than me and come out a lot better than I've ever hoped for myself — if they can do it, so can I. Even if it's the smallest victory, a happy documentary about it will never cease to make me feel uplifted. Here are nine happy documentaries you can watch on Netflix right now.

Sometimes, there's nothing better than sitting back and marvelling at how astounding nature really is. Personally, it makes any of my issues feel insignificant. Planet Earth was produced by the BBC in 2006 and [took five years to make] LINK THIS — the quality and dedication to the production really shows as the series tracks through every type of possible habitat on earth.

TED Talks are notorious for their uplifting nature. Often addressing the aspects of society we like to ignore, experts give speeches that educate as well as make you feel every feeling ever. Although some in the series will just make you rage against the world, more often than not the speaker imparts a lot of wisdom.

3. Happy People: A Year in the Taiga

The clue's in the name — this documentary shows one year in the life of trappers along the Yenisei River in Russia. Not much has changed in their way of life in over a century, and the simplicity of the life of the trappers will warm your heart. Although hunting isn't something I usually want to watch, their lifestyle and overall contentedness is really uplifting.

This isn't exactly what it sounds like it's going to be; it's better. Stan Lee's worlds of superheroes have thrilled for generations, and this documentary could easily do the same. The documentary highlights the lives of people who are different, but represents them as gifted, instead of ostracizing or excluding them. The film is not only interesting and intriguing, but incredibly uplifting. It's amazing to watch Stan Lee meet people who can perform the feats he thought he'd made up.

Not so much a serious documentary, but this behind-the-scenes look at the production of Wet Hot American Summer makes me smile nonetheless. Seeing so many familiar faces just as they were starting out, getting drunk, and having fun is made just that bit better with hindsight as we know how far they're all going to reach.

This documentary features the story of Arnel Pineda, who was discovered on YouTube and then became the new lead singer for the band Journey. The story is amazing as it sounds, and watching an actual dream come true is astounding, especially when the plotline is something that could easily be from a movie.

This documentary focuses on happiness (surprise), how to find happiness and what happiness means all across the world. Even in the opening scenes, as a rickshaw driver describes how much he adores seeing his family after a day of work, you can't help but feel happy too.

Again, not a particularly intense documentary, but the light-hearted exploration of smoking weed every day — with many celebrity appearances — is the perfect watch. And it's way more uplifting than Super Size Me, anyway.

Jiro Ono is considered the world's greatest sushi chef but it still isn't enough for him! In this mouthwatering documentary (seriously, order takeaway before watching). The quest for perfection and 85-year-old Jiro and his son's passion and drive really makes you want to quit your day job and follow your dreams.

Whether you're in the mood for a study on happiness itself or just a light film to make you smile, Netflix has a documentary for everyone. So grab a hot cup of tea, cozy up, and get ready to feel way better about that bad day you're having.