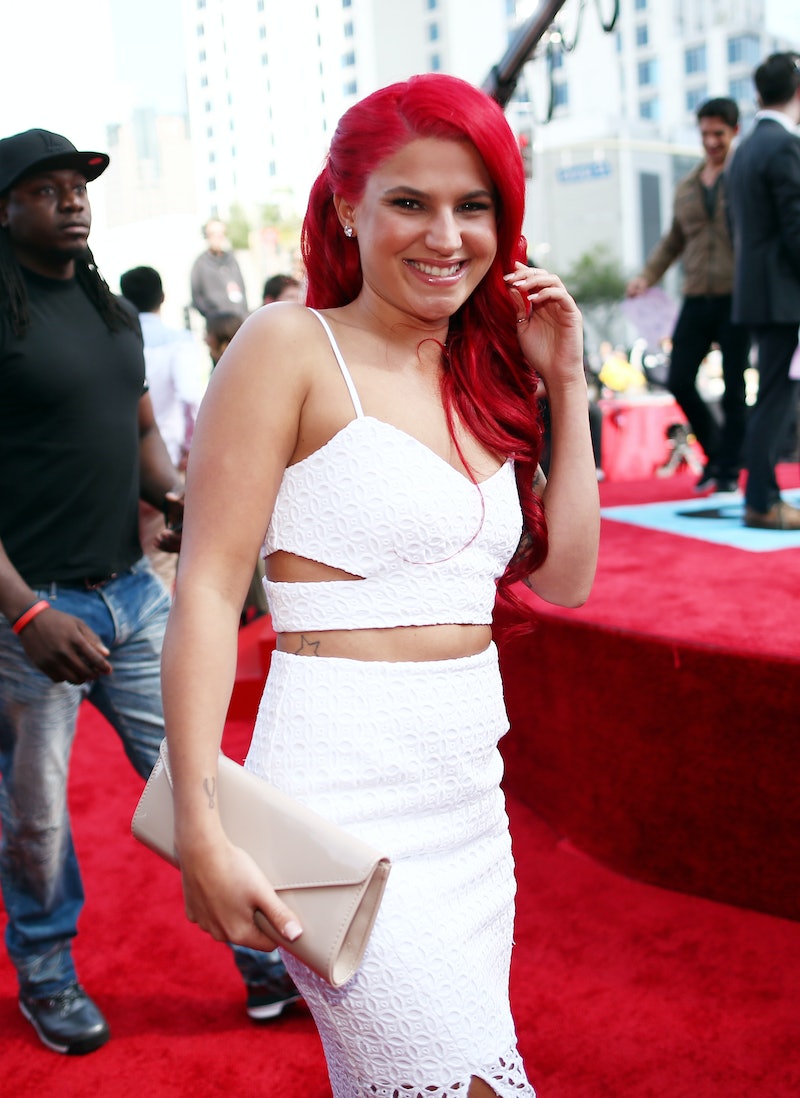 This year's MTV Movie Awards Pre-Show is getting three awesome hosts who will join Kelly Osbourne on the red carpet: MTV Girl Code stars Carly Aquilino, Nessa Diab, and Awkwafina. All of these women were blessed with comedic timing and fierce personalities, but today, let's get to know Aquilino a little better. The 24-year-old is could likely fill Amy Schumer's hilarious shoes, but at the same time, she has a style that's entirely her own.

Like Schumer, the stand-up comedian was raised on Long Island, New York. According to MTV, her first on-stage gig was at the Gotham Comedy Club. Aquilino is known for her quick comebacks, down-to-earth persona, and ability to bring up, using humor and truth, all of those cold-hard facts about being a young woman that so many other young women understand. Like how your dress will just randomly blow up in your face as you're walking down the street, or how you sometimes get caught picking your nose at a red light. (Seriously, follow her on Twitter. It will change your life for the better).

Aquilino and her Girl Code co-stars tackle topics some guys would never imagine girls actually think or discuss, like farting and how strange penises can look sometimes (all the time?). The best way to learn about this up-and-coming star is to watch the show, but here's a crash course on all-things Aquilino so you can get to know her before the VMAs.

She Has VMA Experience

Lest you think Aquilino is new to this, she and her ex-boyfriend Chris DiStefano of Guy Code were interviewed on the 2013 VMA red carpet, where she succeeded in speaking in full sentences and cracking jokes while looking sensational at the same time (not an easy feat). Aquilino and Jessimae Peluso went on to provide Bustle with hilarious commentary about the VMAs and their thoughts on everything from Kanye West's performance to *NSYNC (Aquilino admitted they made her cry, but in a good way). She's a natural host.

Expect the funny woman to melt on the red carpet if she finds herself face to face with anyone who ever sported frosted hair because Aquilino is so in love with boy bands that she actually wrote about her obsession in a Wall Street Journal article. She copped up to this fun fact: "I loved boy bands that dressed in denim jumpers, wore necklaces and had good skin and great smiles. The drag was that by the mid-2000s, when I was old enough to date, all of that had expired. Guys didn’t have frosted hair anymore."

She's Grateful For Her Success

Aquilino is no diva. She's constantly coming across in interviews as thankful for the opportunities she is being given as a result of her hard work and talent. Here's what she had to say to The Laughspin about Girl Code's success: "Because there’s no script — nobody writes our jokes for us — we’re allowed to just do our own thing and write our own stuff and just be ourselves instead of acting in a role. And that comes through on TV. I think it’s really cool that it’s all of our real personalities on the show and then they edit and cut it and it looks so great. And it’s been just so great to meet everybody and all the opportunities that are coming out of it. It’s so cool."

Her Work ID Looks Like Everyone Else's Work ID

It takes a person with supreme confidence to say "Screw it" and scrunch her neck into her body when she poses for her work ID. Also, Aquilino has a work ID. That alone should make you love her even more.

She Has Great Taste In Men

Aquilino he is dating 21-year-old Pete Davidson, who is one of the youngest cast members to join Saturday Night Live . Another Schumer connection: Davidson has a small role in Trainwreck.

Aquilino and Davidson's adorable back-and-forth quips are relationship goals no matter what your age.

Her Tats Are Gorgeous

Aquilino told Inkedmag.com her brother owns a tattoo shop in Florida called Evolution Art and that she got her first tat — the words "la vita é bella" on her hip when she was just 14. Explaining her arm tattoos, she said, "I got the lotus first and built on it from that. It represents the three parts of a lotus’s life, and life in general. They start in mud, grow up and come out of water, and bloom.”

She Used To Work In A Hair Salon

I worked as a hairdresser for a few years. I worked with models doing runway shoots so I would work until 2 o’clock in the morning. It was crazy — doing hair until then. I ended up switching to working at a salon during the day because I had to get surgery on my back and I couldn’t work all night any more. I couldn’t work standing up all night, so I switched to just working at the desk during the day. You would never think of a hairdresser working until 2 o’clock in the morning. It’s so bizarre.

Can't wait to see Aquilino and her costars kill it on the red carpet. She's going to be a huge star — one who deserves her success.