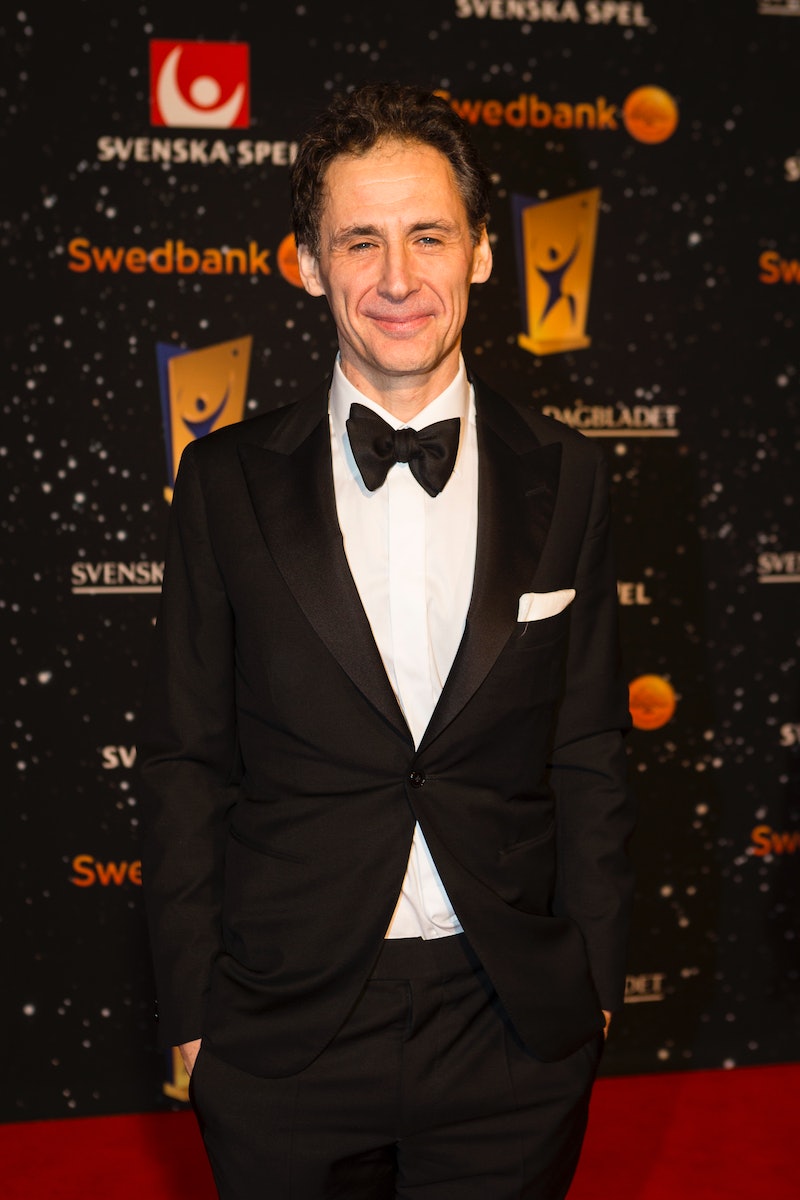 There's a new Lisbeth Salander book coming out, but some fans aren't exactly thrilled. David Lagercrantz has written The Girl in the Spider's Web, a follow-up to the bestselling Millennium Trilogy. But what happened to Stieg Larsson, the journalist who wrote the original trilogy?

In 2004, after writing the first three Lisbeth Salander novels and submitting them to a publisher, the 50-year-old Stieg died of a sudden heart attack while climbing the 197 stairs to the apartment he shared with Eva Gabrielsson, his partner of 32 years (pictured below). The journalist never saw any of his novels published, and, given that Stieg told Gabrielsson "that he had 10 books in his head about Salander," the Millennium Trilogy's success makes his absence all the more tragic.

After Lisbeth Salander's story became a hit, controversy brewed over the rights to Stieg's work. The author died without a will, and, under Swedish law, Gabrielsson was not entitled to anything because the two were not legally married. Rights to the Millennium Trilogy defaulted to Erland and Joakim Larsson: Stieg's father and brother. Dialogue between Gabrielsson, Erland, and Joakim began amicably, but quickly turned sour.

Although Millennium Trilogy fans are, by and large, staunchly divided in terms of which inheritance contender they support, neither Gabrielsson nor the Larssons have come out looking good. Having been Stieg's lover and main supporter for over three decades, Gabrielsson feels entitled to her share in the Lisbeth Salander success, but she repeatedly turned down settlement offers — which included "a portion of the assets and a seat on the foundation board of directors" — from Erland and Joakim. The author's father and brother, on the other hand, had not been close to Stieg in the years leading up to his death, and have made contradictory claims regarding their feelings about the inheritance. "We didn't ask for it," Erland said, but the Larssons didn't turn down the money when they could have, either.

There has been some question as to whether Stieg wrote the novels at all. He was known to be a lackluster journalist, and, after the Millennium Trilogy's success, colleagues questioned who had written the books attributed to the man they knew. Gabrielsson has never denied working with Stieg to improve his writing venture, including coming up with new plot ideas and refining existing passages, which has led some to believe that she was her partner's ghostwriter. Gabrielsson maintains that the books are not her creations, but she does mention finding, after his death, that some of Stieg's notes mysteriously bear her name at the bottom.

At one time, Gabrielsson intended to finish the fourth Lisbeth Salander novel, called God's Revenge, of which Stieg had left behind 200 pages. She decided against it, however, and has maintained that Stieg's Millennium series should be left as a trilogy. She worries that Millennium Trilogy fans are not able to understand what Stieg stood for, and that his message will be entirely lost by continuing the series. In a 2012 interview with Gabrielsson, Spiegel's Gerhard Spörl writes:

Gabrielsson says that the real Stieg Larsson was concerned about injustice in society, both in life and in his books, about truth between people and about solving the crimes that men commit against women. All three books were originally supposed to be titled "Men Who Hate Women." It was Larsson's wish, but one that his publisher, Norstedts, did not fulfill.

Larsson's main character, Salander, isn't a victim. She is a furious woman, a warrior who strikes back with the same brutality she was forced to endure. She is no victim, but rather a perpetrator, a character in a grim world who is turned into something mythical.

Erland and Joakim feel differently, saying that their son and brother's legacy should continue for the sake of his fans. Following the announcement that celebrity ghostwriter Lagercrantz would write The Girl in the Spider's Web, Gabrielsson questioned the Larssons' stewardship of her late partner's work, and claimed that Norstedts — the Swedish publishing house responsible for the Millennium series — was only releasing a fourth installment to keep itself out of bankruptcy.

The Girl In The Spider's Web by David Lagercrantz, $8, Amazon

It's important to note that The Girl in the Spider's Web is not God's Revenge. The 200 pages Stieg allegedly left behind on his laptop have remained in Gabrielsson's possession, but Joakim says that his brother told him — just before his death — that God's Revenge was not the fourth Lisbeth Salander novel, but the fifth. Only time will tell if the Larssons will seek material from Gabrielsson in order to write a follow-up to The Girl in the Spider's Web, but the widow says she has purged Stieg's laptop in recent years.

Even if you aren't familiar with his work, you can understand why Lagercrantz's involvement is controversial. The Girl in the Spider's Web has not been made available for advance reviews, and Lagercrantz has been under strict secrecy guidelines, which included "wr[iting] on a computer that wasn’t connected to the internet, us[ing] code words to discuss the project, and deliver[ing] his manuscripts on USB sticks." Writing for The Guardian, Richard Orange says that Lagercrantz "has been more or less barred from talking about the fourth Millennium book." Given the ghostwriter's remarks about forging quotations for soccer player Zlatan Ibrahimovic's autobiography, it's no surprise that Norstedts is keeping him on a short leash.

The Girl in the Spider's Web hits U.S. store shelves on September 1, but readers elsewhere can pick up the controversial title on August 27. For her part, Gabrielsson — who has taken up old Norse religion since Stieg's death — has hopes that those involved with the fourth novel will wind up on the receiving end of divine retribution, if not from the curse she claims to have put on them, then from Stieg himself: "Who knows, maybe he'll send a lightning bolt at the book launch."