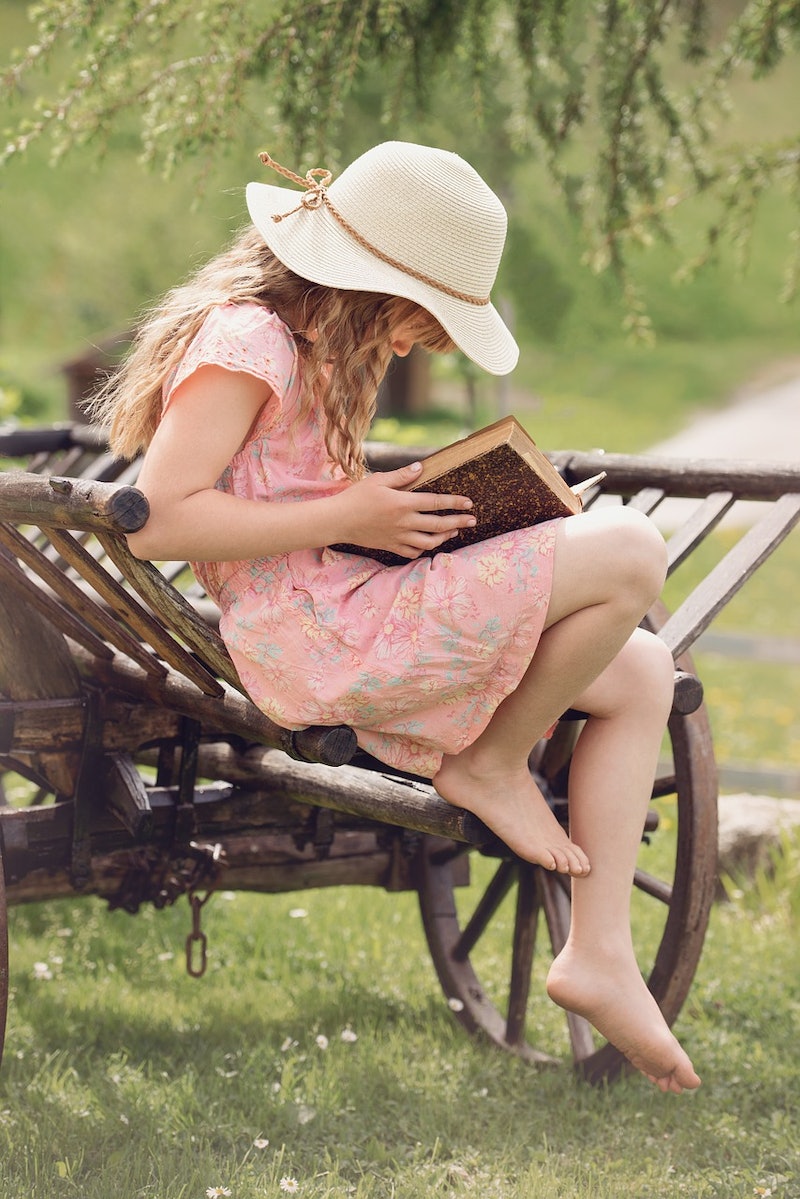 Once we leave college and get super busy with grown-up life, we often lose the time to experiment with books. When I only have five minutes a day to read, I need to know it’s going to be something great. So I read Sense and Sensibility for the 500th time, and have a great experience, just as I knew I would. But out there in the bookshelves of the world, I just know that there are a million underrated and underappreciated novels just crying out for me to love them — not to mention the undervalued but seriously badass heroines I haven’t had a chance to fangirl over yet.

True book lovers, I implore you: Instead of reading The Time Traveler’s Wife again, why not try a lesser-known book by your favorite author? After all, nobody else is going to.

Love and Freindship By Jane Austen

This is Jane Austen writing before she was old enough to know how to spell “friendship.” How adorable is that?! Although her spelling isn’t quite up to scratch, her wit and sarcasm is as sharp as ever; the whole book is a parody of the romantic novels Austen had read as a child.

It takes a pretty devoted reader to settle down to a book that only uses some of the alphabet,, but I seriously recommend that you do. Ella Minnow Pea is set on the island of Nollop, where the citizens practically worship a statue of the man who originated the phrase “The quick brown fox jumped over the lazy dog.” As letters begin to fall from the sign, the townspeople ban their use, and they fall from the novel. It is down to the protagonist, Ella Minnow Pea, to fight for her right to express herself — using every letter.

Her Fearful Symmetry By Audrey Niffenegger

The Time Traveler’s Wife had everyone hooked, but Audrey Niffenegger’s second novel managed to slip under the radar. I’m not sure why; this supernatural love story is every bit as enchanting as her time-hopping debut.

In this wonderfully weird novel, Eric Sanderson is being chased by a “conceptual” shark, which is trying to erase his sense of self. He’s already lost all his memories, and his psychiatrist thinks he’s suffering from fugue, but a series of clues from his pre-amnesiac self suggest something far more sinister is afoot.

The Enchanter By Vladimir Nabokov

The plot of this Russian novella may seem pretty familiar. When Vladimir Nabokov moved to America, he thought that he had lost the manuscript. So he started all over again (this time writing in English), and produced a little book you just may have heard of: the infamous Lolita.

The Notable Brain of Maximilian Ponder By J.W. Ironmonger

This book has one of the most original premises I’ve heard in a while: A man shuts himself away for 30 years, trying to record everything he has ever learnt. In the first few pages, we meet him at the end of the 30 years — dead, on the dining room table, about to have his head cut off. So yeah, maybe this book isn’t for everyone, but if you do devote yourself to it, you’ll be incredibly glad you did.

You may not recognize the name Daniel Handler, but "Lemony Snicket" will definitely ring a bell. Handler’s 13-part, darkly humorous A Series of Unfortunate Events may be his most successful work, but it's definitely not the strangest thing he's written. By the time you finish Adverbs, a collection of intertwined short stories on the theme of love, you’ll have laughed until you cried, but you’ll still have no idea who any of the characters are.

In the very first scene of Skippy Dies ... well, Skippy dies. In a doughnut-eating contest. What a way to go. It’s a long, long book, and is equal parts tragic and hilarious. But this novel's portrayal of self-destructive teenagers and self-involved adults is so spot-on that it really deserves to be appreciated.

A Long Fatal Love Chase By Louisa May Alcott

It’s hard to believe that Louisa May Alcott didn’t actually enjoy writing the beloved Little Women. She far preferred writing the suspense novels she spent her free time on. A Long Fatal Love Chase was one of these, but it didn’t get published until 1995, more than a century after she died. It’s a sensational read, but you would never guess it was the same author.

The Girl in the Flammable Skirt By Aimee Bender

Aimee Bender is the queen of magic realism. The Girl in the Flammable Skirt contains a boyfriend evolving in reverse, a father with a peephole through his stomach, and a romance between an imp and a mermaid — and yet Bender makes this all seem totally normal.

The Princess Bride By William Goldman

This may be a surprising one to see on the list, seeing as it’s so famous. But it’s generally the film that gets all the recognition, and I still maintain that the book is totally underrated. It’s even more ridiculous than the film (which you wouldn’t have thought was possible), even funnier (funnier than Billy Crystal?!), and even cleverer. But it’s not just for anyone to dive into; reading The Princess Bride requires constantly working out what you’re supposed to believe, and what is total nonsense being passed off as autobiography. Only the most devoted readers will appreciate quite how genius it really is.