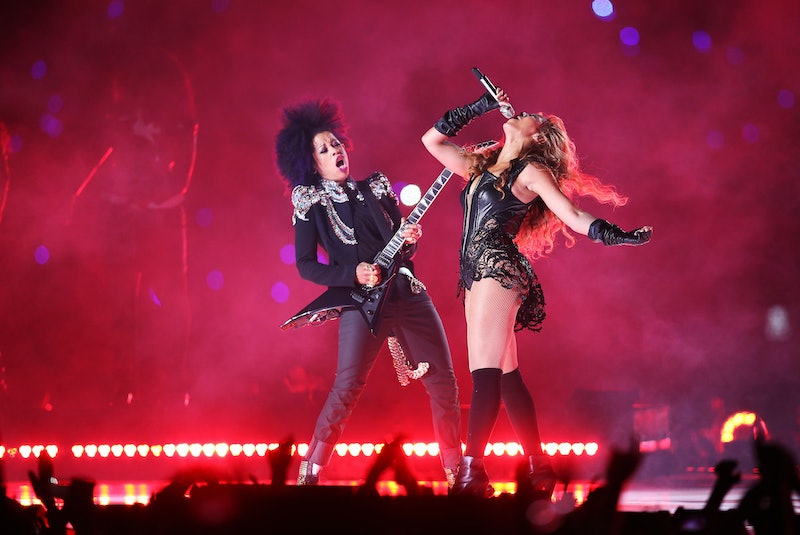 Queen Bey has, by far, given us the best early Christmas present we could have ever imagined. Not only has Beyonce released an album unexpectedly (surprissseeee!) but each track is accompanied by a video, which is to say that for every minute spent listening to Beyonce, you can also stare at Beyonce, and who could ask for more than that? However, as shocking as this holiday revelation might be, is anyone surprised that Beyonce is the first mainstream pop star to put out a visual album since the Beatles Magical Mystery Tour? I mean sure, anyone might've done it, but no one did before Beyonce, and that's the important bit.

I could spend the rest of this article just drooling over Beyonce in linguistic form, but that would undermine the brilliance of her entire execution of this album. Firstly, the fact that she recorded and then released it completely unbeknownst to everyone means that the reception it'll receive is going to be even more jubilant, more outrageous than it would've been, which is actually hard to imagine given the veracity and enthusiasm of Beyonce fans to begin with. However, because there's been no lead up marketing plan, you can bet your sweet Beyonce that everyone and their mother will be buying the album as soon as possible to see what the hype is about.

Then there's the fact that Beyonce is the first mainstream artist to produce a visual album in recent times, a brave but savvy choice that, in my opinion, cuts right to the heart of what makes Beyonce the pop juggernaut that she is. There is a reason that artists choose singles from their albums and only making videos for those songs — producing a video is a lot of work, a lot of time and a lot of money. But given Beyonce's famous work ethic, we can be sure to now have an entire album's worth of high quality, aesthetically flawless video to admire for the rest of time.

Singles, and their according videos, also put commercial pressure on which songs the record company sees as likely to be successful, whereas Beyonce's new model does nothing of the sort. Given her immense impact and popularity in pop culture, I'd venture to guess that the fact that each song has the potential to be a single means that we will actually get more singles off of her album than any of the other major pop albums due out in the last month or so. So much for Katy Perry, Beyonce, Gaga or Britney standing even a fighting chance at higher record sales.

Never forget ladies, no one, no one challenges Queen Bey.

More like this
Beyoncé Delivers “Soaring Vocals” On New Album “Renaissance”
By El Hunt and Radhika Menon
Beyoncé Might Be Plotting Secret Intimate Gigs In The UK
By El Hunt
Will Beyoncé Be At The BET Awards To Perform “Break My Soul” Or Attend The Show?
By Jake Viswanath
Big Freedia Reveals The Real Meaning Of Beyoncé’s “Break My Soul”
By Radhika Menon
Get Even More From Bustle — Sign Up For The Newsletter