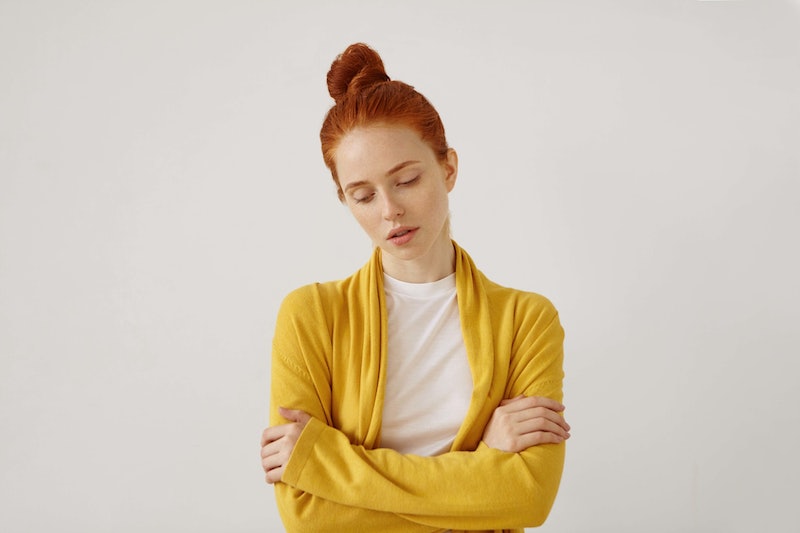 You know how there's probably, like, one member of your extended family that you don't really like? The one who thinks Obama was born in Kenya, or that 9/11 was an inside job, or that climate change isn't real? Well, now you have a good reason to be wary of them — according to a new study reported on by The Science of Us, exposure to conspiracy theories might make people big jerks. The study found that people who are expoed to conspiracy theories are way less likely to participate in civic engagement, including the type that has absolutely nothing to do with conspiracy theories in the first place — like, for example, giving to an unrelated charity. So if your weird uncle believes in aliens at Area 51, or that the CIA ordered the assassination of President Kennedy? Well, maybe that's why you think he's so unpleasant. (Although to be fair, the Kennedy shooting is legitimately pretty weird and probably worth revisiting — oh God, what have I become?)

Researchers came to this conclusion after dividing participants into three groups: One group who was made to watch a movie which claimed that the scientific consensus over global warming was part of a big global conspiracy; one group who watched a U.N.-produced video about the threat of global warming; and one group who solved a word puzzle that had nothing to do with global warming. After these exercises, participants were asked questions about how likely they were to give to charity or volunteer within the next six months. People who were exposed to the anti-global warming video were more likely than the other two groups to say they wouldn't give to charity or volunteer. That means that even hearing about a conspiracy theory, regardless of what you believed before, makes you less likely to be socially engaged. (Think about that the next time you're in a room with your kookie relative — his attitude is catching!)

The Science of Us links to this fabulous story from Newsweek on what conspiracy theories actually do to civic activity in America, and it's terrifying. The story rightly pins the dissolution of many government and civic endeavors — zoning, vaccination, key parts of the Affordable Care Act — to conspiracy theories about communist takeovers, autism, and "death panels." And this is in a freakin' country founded on the ideas of the Enlightenment, for Pete's sake! On secular, skeptical thinking and scientific inquiry! What happened to that?

This stuff is no joke — these are government actions stopped wholeheartedly by conspiracy theories. If that doesn't frighten you, take it up with the Illuminati.