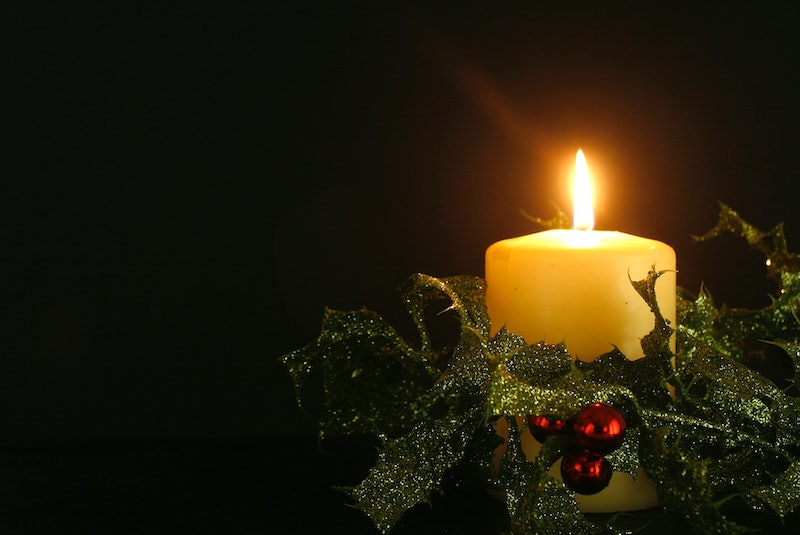 We need to talk about Christmas. Every year we all go through this ridiculous War on Christmas nonsense that Fox News props up, and we put up with it because we all know Jon Stewart will never get better material. But this year things have taken a new turn, what with the conversation around Santa’s racial identity – which somehow lends itself to the question of Jesus’s racial identity, which is always a fun conversation. In other words, this year isn’t just about which schools won’t be performing Silent Night. It’s about what Christmas itself is, and there are lots of people uncomfortable with the idea that it might be changing.

I hate to burst everyone’s bubble (that’s actually a lie; bubble popping is the best), but Christmas has always been changing. That’s sort of how all aspects of life work, religious holidays included. Or did you think people were singing “O Christmas Tree” in St. Augustine’s day?

For one thing, only two of the four gospels actually talk about Jesus’s birth, and they both talk about different things. One mentions shepherds, for instance, and the other mentions the wise men. The modern understanding basically just smushes both versions together. Which really means it’s always up to interpretation.

For another thing, Jesus was probably born in spring, not December. But the holiday was put at the end of December in the early church because that’s when the Winter Solstice is, and many European pagan traditions associated the solstice with rebirth. And that’s not the only pagan thing about Christmas (shout out fellow pagans). In fact most Christmas traditions were co-opted from pagan solstice celebrations. Yeah, trees? Pagan. Lights? Pagan. Wreaths? Pagan. Yule logs? Pagan. Lasting 12 days? Pagan. Eating tons of food? Well, that winds up happening on almost any holiday.

But seriously, Christmas has always been changing. Nativity scenes were created by St. Francis of Assisi in 1223 (and for those of you who can’t do math, that’s over a millennia after both the birth of Christ and the establishment of the mythologized early Church). Most of the our most cherished Christmas traditions like, say, gift giving, were started during the Victorian era. Prior to that, Christmas was hardly celebrated at all, and what celebrations people had weren't all that family oriented.

And of course, that’s nothing to how recent other aspects of today’s Christmas are: “Rudolph the Red Nosed Reindeer” first appeared in 1939. “Frosty the Snowman” was written in 1950.

And you know what? That is totally fine. Holidays change to suit the society that celebrates them. That’s what’s supposed to happen. If something can’t change and adapt, then it becomes irrelevant. And no holiday has changed or adapted to the American landscape better than Christmas.

But the American landscape is also changing, growing more diverse than ever on all fronts. And that is also fine. In fact, it’s pretty awesome. And as a result of all this change, Christmas will also change, at least in some ways.

And honestly? As long as I still get presents (this is America, people, there will always be shopping), then I don’t really care.