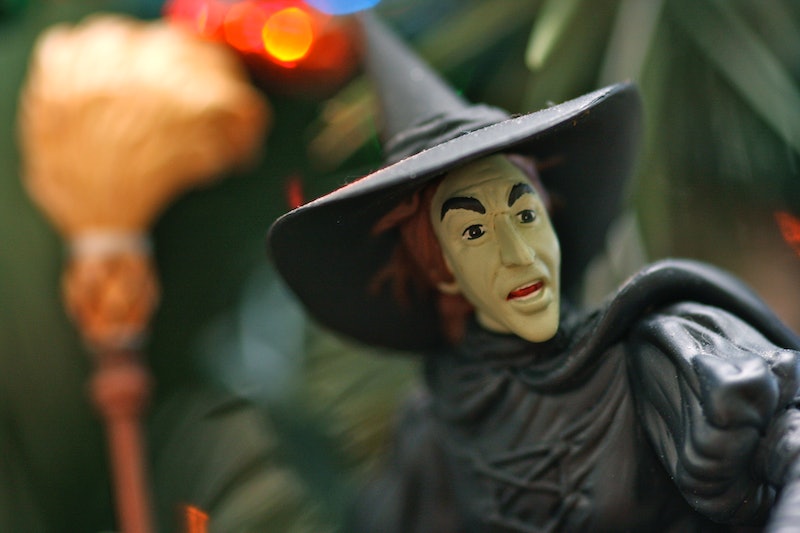 It seems that around Halloween every year there are articles in Christian publications and comments on Fox News about how Halloween is a pagan holiday. Participate, some warn, at your own peril. I'm a modern-day pagan and real-life Wiccan (or witch), and this commentary usually makes me laugh. Kids begging for candy and college students getting drunk in odd outfits really have very little to do with the Wiccan holiday I celebrate every year on the 31st of October.

But wait, if Halloween isn’t an ancient pagan festival honoring Satan or darkness or maybe Satan and darkness, then what is it? Well, that’s actually an interesting question, and it depends who in the pagan community you ask. Scholars and historians disagree about what exactly the ancient Celts did on October 31st or surrounding days. It was definitely a significant time — most agree it was, at the very least, the Celtic new year. But the specific details are debated, and celebrations probably varied over time.

Modern Halloween tradition mostly came about from the Christianizing of ancient pagan practices, and subsequent secularization of Christian traditions. The trick-or-treating we see today probably began as parades for All Souls Day (also known as All Hallows Day), a Catholic holiday which now falls on November 1st, and which was probably intended to supersede the old holiday. The ancient festival was thus renamed as All Hallows Eve, and it's been growing more and more divorced from its roots ever since.

Today, the holiday is still celebrated in the non-standardized, revived witchcraft tradition known as Wicca, and in the even less standardized group known as neo-pagans. In these circles, Halloween is called Samhain (pronunciations vary; I go with Sah-wen). Its significance and celebrations are rooted in traditional, pre-Christian practice, though they are by no means exact replicas.

October 31st is the midway point between the Autumn Equinox and the Winter Solstice. As such it is considered the end of the harvest time, when everything has stopped growing and the earth goes back to sleep. On the Wiccan calendar, known as the “wheel of the year” it is also the day when the god dies, to be reborn again on the Winter Solstice. Samhain is therefore the day when the veil between the living and the dead is considered thinnest, and is a time to remember people in our lives who have passed away.

In all honesty, it’s not as exciting as the super conservative Christians would have us all believe.

I typically celebrate by dressing up, making a ton of autumn appropriate food (think squash), and having a dinner party for all my friends. Then, after everyone leaves, I do a small, private ceremony involving scandalous things like candles, fallen leaves, a pumpkin, photos of anyone I know who's died this year, and meditation. It may be disappointing to some, but sexual congress with the devil is not on the agenda.

Because really, for all the darkness and ghosts and evil talk, Sahwain, like all Wiccan holidays, is most firmly rooted in the natural world, and in natural processes. Death is a natural thing, and this holiday is the time when we acknowledge and honor its place in our lives. For some reason we live in a culture obsessed with youth and bright lights, and that is so incredibly ubiquitous that for me it's honestly a relief to dwell on the other side of the coin for a while. Far away from sugar rushes and sexy outfits, to me October 31st is peaceful.

Because I love Halloween, but it's a secular holiday. The religious holiday I celebrate isn’t the same thing at all. And that’s okay.

More like this
13 Gifts From Latina-Owned Businesses For Everyone On Your List
By Marilyn La Jeunesse
69 Great Gifts For Guys No Matter What Their Hobbies Are
By Teresa Newsome, Mia Mercado and Brittany Leitner
7 Joyful Alternatives To A Traditional Holiday Celebration
By Jessica Goodman
21 Absolutely Adorable Christmas Gifts For Dogs
By Carolyn Steber
Get Even More From Bustle — Sign Up For The Newsletter