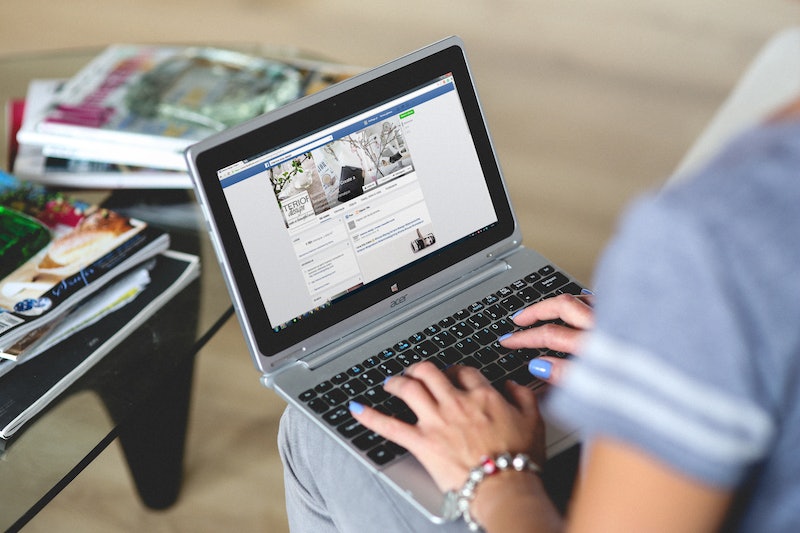 I'm old enough to remember a time before Facebook, all the way back when floppy disks were still a thing and your computer made weird sounds when connecting to the Internet. But a lot of today's teens have grown up in a world where social media and real life are inextricably linked — so it's not terribly surprising that a recent study done by Ask.fm revealed that most teens don't think twice before posting online, especially when it comes to status updates, photos, or tweets. Jezebel describes these impulsive posts, which are made by 80 percent of teens, as "ill-advised"; I would argue, however, that when social media is a major method of communicating with your friends, crushes, and classmates, it's perfectly normal to make what other people may think is an "ill-advised" decision — just like many people (including adults) do when it comes to communicating face-to-face!

The full report, which is called Digital Families 2015: Evolving Attitudes Around Social Media and App Use, takes data about teen technology and social media use from the United States, the U.K., and Ireland, breaking down factors such as posting frequency, parental influence on teen social media use, and cyberbullying. The full study is worth a read, but in the meantime, here are five major points we can glean from the data:

1. Teens are usually motivated to post something by the chance that a specific person will see it.

According to the study, 45 percent of teens post something based off whether a specific person like their best friend, crush, or frenemy will see it. So if you see a tweet that looks like a #subtweet, it most likely is.

2. Teens may post impulsively, but some topics embarrass them to talk about online.

The study found that 51 percent of teens say they feel comfortable sharing things online anonymously because they don't have to worry about getting teased or made fun of, while 47 percent say it helps them share their real feelings.

An overwhelming 61 percent of teens say they don't care if their parents follow them on social media. Y'all must be some wholesome teens.

5. Almost every teen from the survey thinks social networks should work actively to combat cyberbullying.

Around 95 percent of teens believe that cyberbullying should have consequences and that social media platforms should reprimand cyberbullies and take the issue seriously. To the 5 percent who think social networks should do nothing, I offer the opinion that a person who creates a space should be responsible for setting the rules of safety in that space, and enacting consequences of those rules are not met. This includes virtual spaces.

You can read more of the study here. Now excuse me while I go mindlessly tweet a little.