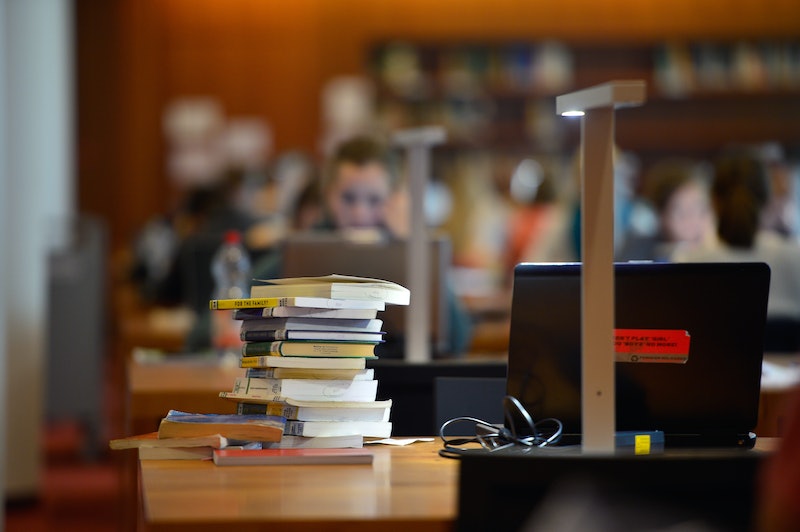 Thanks to an £80,000 government grant, local authorities in Scotland are preparing to roll out a pilot program that would give all Scottish children library cards before they learn to read. Depending on where in Scotland children live, they may receive the cards as newborns, toddlers, or in Primary 1, the Scottish equivalent of Kindergarten in the U.S. The Every Child a Library Member program begins on September 7 and will last for at least one full year.

Last year, Marc Lambert of the Scottish Book Trust called for children to receive library cards automatically as a means of promoting literacy and heritage. Lambert got the idea after visiting Scotland's oldest library, The Library of Innerpeffray, founded in the 18th century. Innerpeffray has checkout logs dating back centuries, which Lambert said, "showed shepherds who had walked to borrow books. It was a window into Scottish culture and a service libraries have provided to communities for a very long time in Scotland." Lambert is delighted that the Scottish government has put Every Child a Library Member into action.

Scotland's 623 libraries receive 28 million visitors every year. Not too shabby for a country with a population under 6 million. But, with only one library for roughly 8,551 citizens, Scotland's library density is much lower than that of the U.S., which has a library-citizen ratio of approximately 1-to-2,686. Funding for Scotland's libraries has been targeted by recent budget cuts, but Lambert says he hopes funding will be increased once Every Child a Library Member proves to be a success.

Promoting early reading is an essential part of the fight to combat illiteracy, which affects over 900 million individuals worldwide. With literacy rates on the decline in Scottish schools, the new initiative is all the more important, and will almost undoubtedly encourage more individuals and families to use their local libraries' services.

More like this
'Mayfair Witches' Already Changed 2 Major Characters From The Books
By Grace Wehniainen
6 Organizations Fighting Police Brutality That You Can Support Right Now
By Syeda Khaula Saad and JR Thorpe
Prince Harry Incorrectly Recites Christina Aguilera’s “Genie In A Bottle” Lyrics
By Jake Viswanath
I Read Prince Harry's 'Spare' So You Don’t Have To: 11 Highlights To Know
By Marina Watts
Get Even More From Bustle — Sign Up For The Newsletter
From hair trends to relationship advice, our daily newsletter has everything you need to sound like a person who’s on TikTok, even if you aren’t.