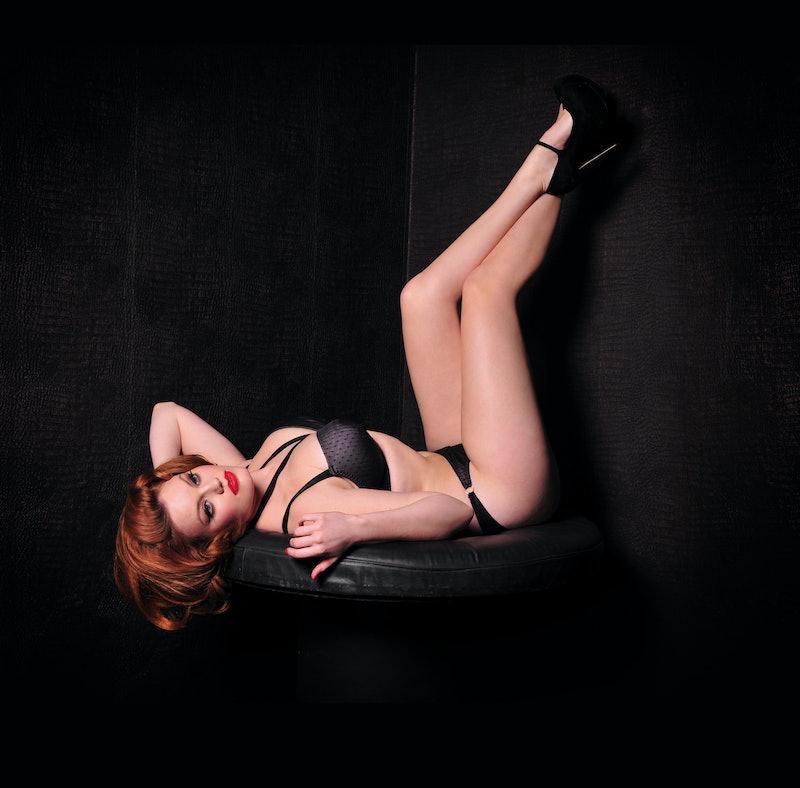 It's no secret that it can be hard to find sexy lingerie for large busts that's as titillating as it is supportive. Beloved fuller bust bra manufacturer Curvy Kate's new line Scantilly is aiming to give those babes what they've been asking for with a sexier line of bras in cup sizes DD-HH.

Designer Charlotte Davies has said on the brand's website that the line was designed for fierce women with the curves of the wearer coming first and foremost in her mind. "Primarily Scantilly was developed for pure indulgence, with the thought that the woman should compliment the lingerie as much as the lingerie does the woman." While lingerie can be intimidating, Davies wants Scantilly to be accessible and empowering. "We want a Scantilly girl to feel confident and be able to express herself any way she pleases, with inclusive sizing and structure granting curvaceous women luxurious, sensual lingerie with no compromise," she wrote.

The line will launch in October with three themed capsule collections, followed by another three in November. October's offerings will be Peek-A-Boo, which features satin elegance with cheeky mesh cutouts, Pounce's leopard printed stylings, and the bondage-inspired All Wrapped Up. Each collection comes with one bra and a few different options for panty styles, with the addition of bodysuits coming in November.

Busty babes can get their hands on the line through ASOS, Simply Be, figleaves.com, or Very come October — which is definitely too long to wait considering I wanted that balconette bra on my body, like, yesterday.