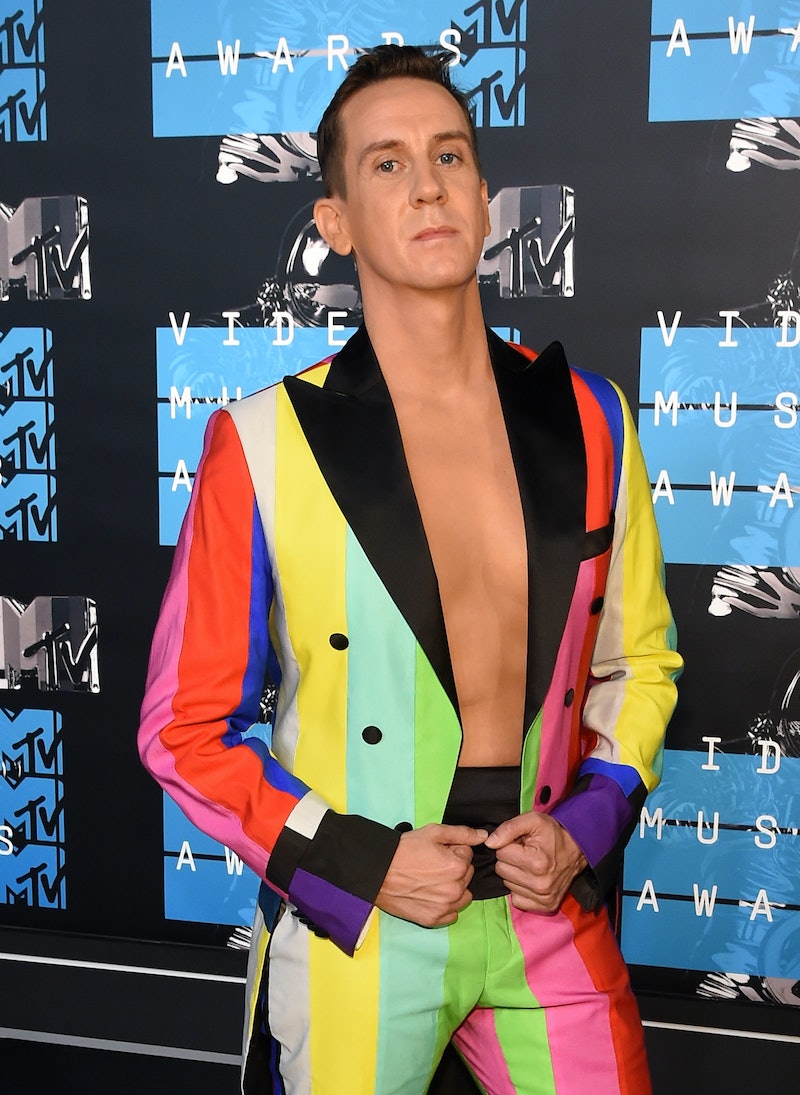 He might be the killer host for tonights VMAs pre-show event, but who exactly is Jeremy Scott, beyond the witty man in the seriously intense rainbow-colored suit, you ask? Turns out, Scott's resume is pretty impressive, and he's played an even bigger role in the awards tonight than pre-show host.

Now I'm a little embarrassed I didn't previously know who Scott was, because the guy is ridiculously talented and apparently more than a little well known for his design skills. Scott is currently the creative director at Moschino, one of Miley Cyrus' besties, and even the star of a documentary about his incredible career, titled The People's Designer, hitting theaters Sept. 18.

As for tonight, Scott is making a major splash on social media, as well as going down in VMAs design history. Scott partnered with Instagram for the VMAs, and managed to snap away with all the stars as they arrived. It's the closest thing those of us without an invite could get to actually being on the carpet! Additionally, Scott freaking redesigned the VMAs Moonman and turned the red carpet into a crazy and colorful nightclub-vibed scene.

Though none of us know which star will win what award yet, it's obvious everyone is going to have a damn good time thanks to Scott!

And look how old school fun that carpet looks!

And clearly he and his sick awesome trophy design already got Miley's seal of approval.

Hope you're having a blast, Scott!

More like this
Rita Ora’s Sheer Dress & Mermaid-Inspired Prosthetics Stun At British Fashion Awards
By Sophie McEvoy
Twitter Can’t Get Enough Of Lewis Capaldi Creating Fashion Looks For ASOS
By El Hunt
Yes, That's Lindsay Lohan's Sister Singing In The 'Falling For Christmas' Movie
By Radhika Menon
The 'Love, Lizzo' Harry Styles Scene Is Just 1 Moment That Made Fans Feel Seen
By Brad Witter
Get Even More From Bustle — Sign Up For The Newsletter