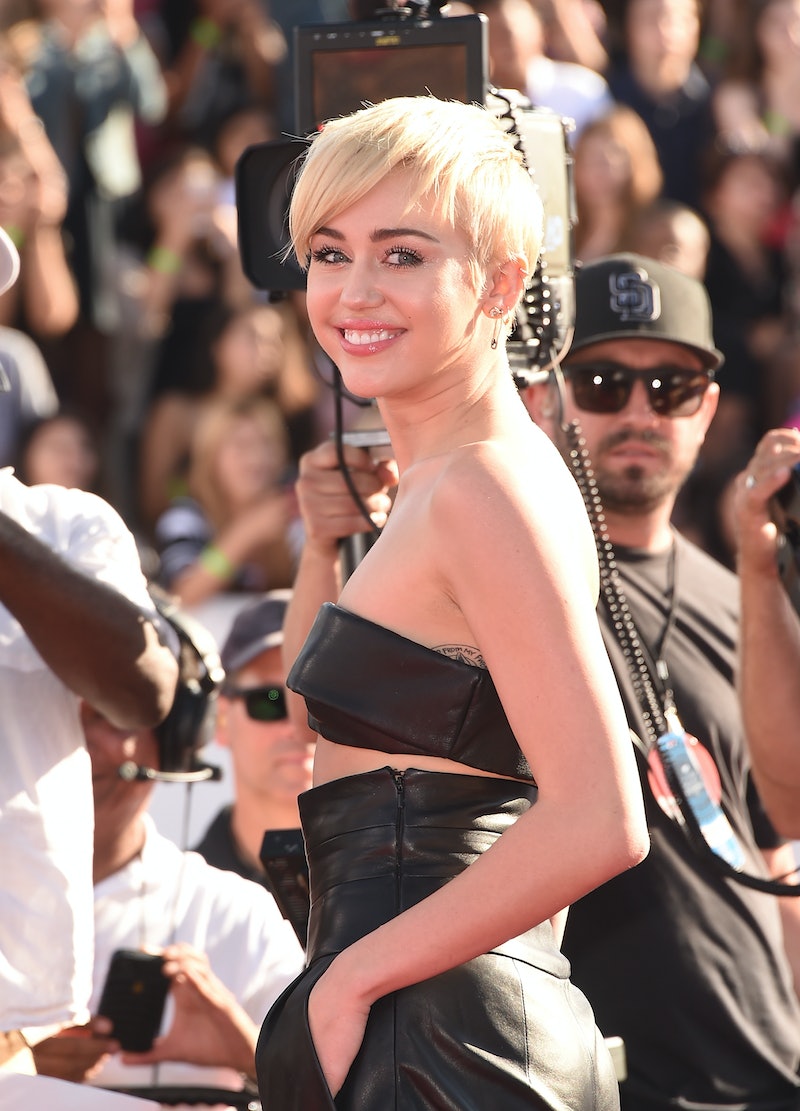 Well isn't this just perfect — Miley Cyrus and Jeremy Scott are collaborating on something top-secret for NYFW. And while we have no concrete hints about what the project might be, I'm sure the duo has got something fantastically tongue-in-cheek in store.

The designer announced the partnership on the red carpet at Sunday night's MTV VMAs. According to Stylecaster, he told a reporter:

I’m always working with people. I just did something for Katy [Perry's] tour that she’s on right now, Miley as well. And Miley and I have something very exciting that we are brewing up for the future…I am going to let her announce it….I love working with musicians, to me it’s such a joy. I love the performers, I love the music, so it’s always exciting to kind of help them propel their image even further with my designs.

He also revealed that the collab would appear on his Spring 2015 runway at NYFW in September. What could it be?! Music? Clothing? An appearance? We'll have to wait a bit longer to find out, but I definitely have some ideas. Both Cyrus and Scott enjoy causing a commotion, so I'm sure a collaboration between the two won't go quietly into the night. Here are my five predictions for what they have in store.

This may seem far-fetched but bear with me: if any high-end designer would design a collection printed with Miley's "sticking out tongue" face, it's Scott. I mean, he played homage to McDonalds and SpongeBob SquarePants for Fall 2014, so anything is possible.

Perhaps the models will traverse the runway with a Cyrus-choreographed twerking routine instead of the usual too-cool-for-school model strut. I'd love to see some Miley moves circa 2013 VMAs (minus Robin Thicke) lightening up the mood at NYFW.

3. A line of plastic baby scrunchies

As you may recall, our favorite "Wrecking Ball" was getting really into DIY hair ties earlier this summer. She even managed to popularize the plastic baby top-knot in the process! Having personally test-drived this 'do I can attest to how fab a Moschino-backed line of doll scrunchies would be.

This would be the most boring option, of course, since Cyrus is a singer and releases new music all the time. But it would be cool if she wrote the background music for Moschino's Spring 2015 presentation, especially if it was a departure from her usual pop-style. Miley goes EDM, perhaps?

With shoppable videos becoming all the rage thanks to technology platforms like Cinamatique, a music video in which Miley wears only purchasable Moschino would be a fabulously modern project seamlessly bridging the gap between music and fashion.