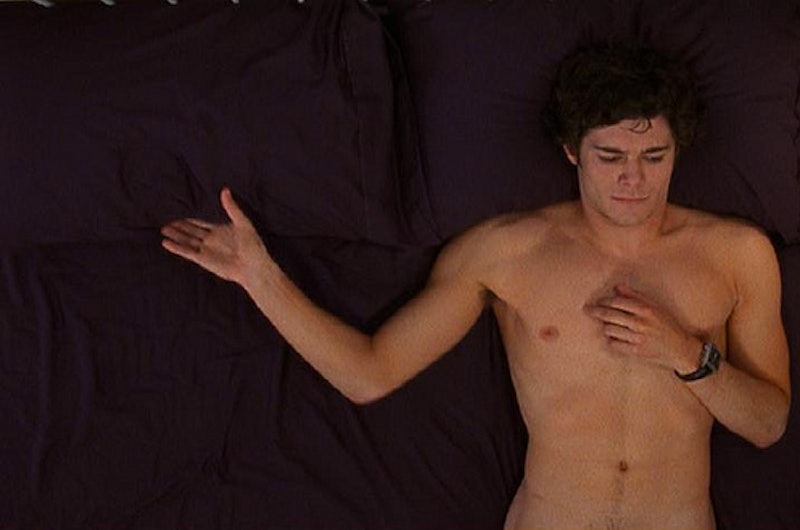 Sorry we're not sorry: Adam Brody will always be Seth Cohen in our hearts. What do you expect when you play one of the most iconic teen characters of all time? It's Adam Brody's 34th birthday today, and we thought we'd celebrate by remembering some of the Seth Cohen moments that made us forever sad that he's not a real live person out there and available for marrying.

1. When He Tells Summer She's Undeniable

The Seth/Summer/Anna love triangle was contrived in a lot of ways but also really surprisingly well-done in a lot of others. For one, Summer and Anna were actually friends and didn't just see each other as rivals. For another, Anna's wisdom and her relationship to Seth actually did add something to the show, and had enough gravity to it that Anna didn't just feel like some mid-game ship — she felt like a human who fell under the understandable spell of Seth Cohen.

So when Anna and Seth broke up we weren't like jumping for joy — until we got to this scene, wherein Seth Cohen lays his feelings for Summer bare and the two consummate (albeit gloriously awkwardly) their long-existing sexual tension.

2. When He And Summer Decide To Try Again

That aforementioned extremely awkward first time? Yeah, Seth Cohen had the most romantic way of approaching the second time around.

3. Literally Any Time He Hugs Ryan

This list is going to have plenty of Seth and Summer, but the real deep-seated love on this show was the one between Seth and Ryan. It's the show's soul, and it's epitomized in this mirroring of the two hugging in the series' pilot and in the finale.

4. When He Races To Say Goodbye To Anna

Like we said above, the relationship between Seth and Anna was actually important. This is never more evident than when he races to say goodbye to her at the airport when she decides to move back to Pittsburgh. Sure, it's laced with that trademark Seth Cohen self-centerdness — but it doesn't make us love him (or it) any less.

5. When He Stands Up On The Coffee Cart For Summer

6. When He Says Goodbye To Summer

He just believes in her so much!

7. When He Organizes The Best Slideshow Of All Time For Ryan

Ohana means family, and family means nobody gets left behind.

"You may never save the planet but you did save us." I'm not crying there's just a giant twig in my eye.