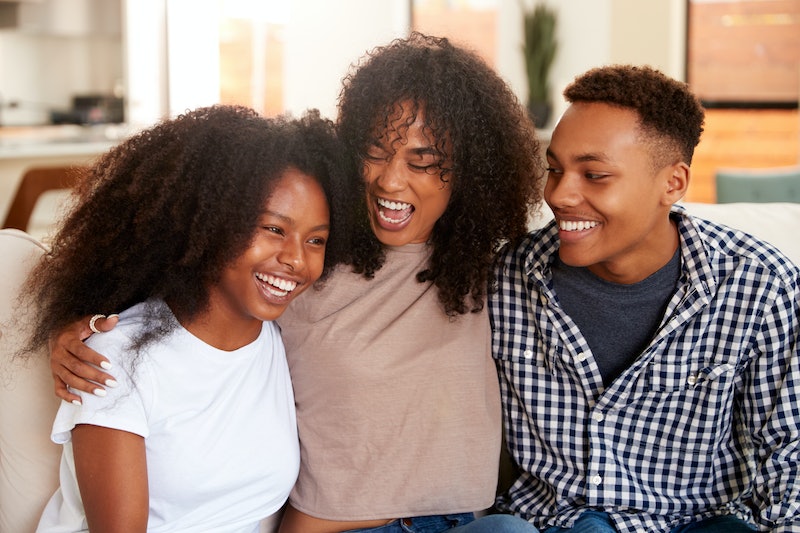 What if our ~one true love~ isn't determined by fate or science or some grand design? What if something as simple as birth order determines what kind of person you date? It's not exactly a Taylor-Swift-music-video notion of romance, but it isn't completely invalid either. The position that you're born into your family hugely shapes a lot of factors in your life. Aside from the obvious differences in your experiences with your siblings, birth order might affect personality, IQ, and even your sex life. It only makes sense that it might determine what kind of person meshes well with your unique personality.

Even if there isn't a scientific element to how birth order might affect your personality and preferences, there is an undeniable experiential element to it. Think about it — the parents one child is born to are certainly not the same parents another kid is born into. My older brother was born to parents who had relatively minimal experience with babies, had never used the Internet, and who had only been married for two years before he was born. Seven years later, my littlest sister was born to parents who had the confidence of rearing three other kids under their belts, already knew all the words to Barney, and were relatively unfazed by her shenanigans. (Just kidding, she was adorable and there was no way to be unfazed by the shenanigans. She'd bite you if you were.)

What I'm saying is that a huge part of what you experience, and how you react to those experiences, is based on what order you were born into your family. It only follows that its effect on your experiences would also affect the kind of person you would end up with.

By now, there have been so many studies on the characteristics of oldest children that it doesn't come as too much of a shock that they are found to be more driven. Female firstborns in particular are found to be statistically more likely to be the most qualified in their families, and the most ambitious about their careers. Studies also reveal that oldest children tend to have higher IQs, and that their parents typically have more expectations for them and tend to discipline them more intensely than their siblings. The characteristics of older children are typified by the "Alpha" personality — somebody who is driven, takes charge, and is single-minded in their ambitions.

It might make sense to conclude that they would want to end up with someone in a similar mindset — someone who would understand the hustle, so to speak. Like does tend to attract like, and people at this level of ambition tend to run in the same circles, making it even easier for oldest children to date other oldest children. But a book released by Dr. Sonya Rhodes last year argues that alpha females in particular should actually seek "beta" partners — people who are motivated, but not nearly to the intense degree that an older child is. People who know how to balance work and play, and are every bit as comfortable in a domestic setting as they are in an office. The relationship dynamic is much more harmonious, with both partners recognizing and willing to make compromises without as much strain on partners who are both fiercely independent and headed in different directions.

Middle Children Will End Up With ... Well, Anyone, Really

Middle kids are usually characterized as more easygoing, sociable, and willing to compromise. As a middle kid myself (#swag), I can attest to the flexibility that is required of being in our position — particularly when you're part of a family of more than three kids and you don't even get the role of "middle kid" to yourself. Studies show that middle children tend to be more laid-back and serve the role of the family peacekeepers. According to the book The Secret Power of Middle Children, middle kids also tend to be more open-minded and rebellious than their siblings.

Middle children, as accepting and nonjudgmental as they are, are a lot more open to different ranges of personalities than their older and younger counterparts are. They do best with people who are similarly open-minded, and chief among those are people who are strongly committed. Middle-borns, although more sexually exploratory, are also the most likely to remain in monogamous relationships. There are lots of pieces that will fit into a middle-born's puzzle, but once that piece is in, it's there for life.

Youngest Children Will Probably End Up With Middle-Borns

All y'all babies of the family out there already know that you're adorable, and don't need science to tell you that. But further studies show that the youngest in a family tend to be more creative, more attention-seeking, and generally more bold (and manipulative) socially than their older siblings. By the time the youngest comes around, parents have generally relaxed a bit and loosened some expectations, giving younger children a bit of a larger world to navigate — all while learning from the mistakes of the other kids in the family. They are more fluid to change, and tend to know how to get what they want.

Youngest children tend to be less committed in relationships than their older siblings, taking more of a free-spirit vibe. According to clinical psychologist Linda Blair, last-borns might want to avoid being with fellow last-borns, particularly if they are both prone to carelessness. Blair explains that last-borns might be better off with middle-borns, who are natural compromisers and thus willing to meet the more demanding last-borns a nudge past halfway.

Only Children Will Probably End Up With Last-Borns

Ah, only children — simultaneously the first, middle, and last-born child all at once. Because of this, they basically become the oldest child squared. They are similarly driven, perfectionist in nature, and motivated to meet the standards of their parents. But unlike older siblings, that pressure doesn't do anything to fade over time, because there aren't any younger siblings to conveniently undercut it.

How Only Children Choose Partners

Only children run into the same struggles that oldest children do when it comes to dating other older or only children. Dating a fellow "alpha" might result in discord and lack of compromise. Surprisingly, Kevin Lemon, author of The Birth Order Book, claims that only children are best off with last-born children. Although they might both be stubborn in getting what they want, the last-born children need the stability and responsibility of an only child, and perhaps someone who won't so easily bend to their will.