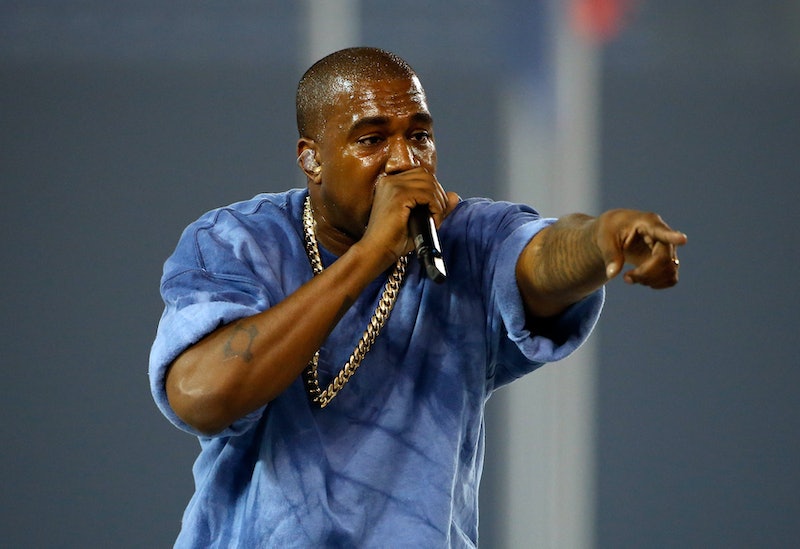 At the MTV Video Music Awards on Sunday night, Kanye West said that sometimes he thinks he died for other artists to have the right to an opinion. He also announced, toward the end of his speech, that he would be running for president in 2020. It's not completely obvious whether or not he was joking — but hey, if Donald Trump can run for president, so can West, who frequently makes a point of calling out institutions (like the VMAs, in this case) for their ridiculousness. But West's announcement, whether or not it's true, should also have us wondering: Who might run for president in 2020?

We're obviously still in the thick of the 2016 elections, but 2020 could prove to be a big year. By 2020, people of color will make more than 30 percent of the voter base, according to Paul Taylor, director of the Social & Demographic Trends project at the Pew Research Center. And, according to a 2009 study from the Center for American Progress, 2020 will mark the first presidential election by which all millennials will have reached voting age, and the 90 million millennials who will be eligible to vote will make up almost 40 percent of voters. So, even as we pay attention to Bernie Sanders' rise on the polls and Jeb Bush's offensive comments about "anchor babies," we should take a look at the possible contenders for 2020.

In his acceptance speech for the 2015 Lifetime Achievement Award — presented to him by Taylor Swift, of course — West announced that he would run for president in 2020 after speaking explicitly on the millennial generation and the importance of new ideas.

As unexpected as his announcement might seem, he has a history of speaking out about politics. He famously said that George W. Bush didn't care about black people at a Hurricane Katrina benefit concert in 2005. He endorsed Barack Obama for the presidency, but that didn't stop him of being critical of the Obama administration. At any rate, it looks like the DNC has welcomed West into the 2020 race with open arms.

Sanders has been catching up to Clinton in the polls, but if she does win the 2016 election, she'll almost certainly run for reelection. Back in June, during a campaign stop in South Carolina, she outlined a plan to boost the middle class that assumed she would be in office for two terms.

It is unclear whether Clinton will choose to run again if she isn't elected in 2016, though.

Jeb Bush, Ted Cruz, Carly Fiorina, Bobby Jindal... the list of 2016 Republican presidential candidates goes on. But Tom Cotton, a Republican senator from Arkansas, might actually be preparing to launch a 2020 presidential bid. Earlier this year, Cotton's supporters rallied behind a bill currently being contemplated by Arkansas state legislators that would allow candidates to seek multiple offices during the same election. Arkansas State Sen. Bart Hester, who proposed the bill, said he had Cotton in mind as a beneficiary of the legislation. Cotton is certainly not without controversy — before the Iran deal was ever finalized, he addressed a letter to Iranian leaders that said that any deal Iran made with the United States could be struck down by a future president.

New York Gov. Andrew Cuomo is another potential contender for the 2020 elections — but only if Clinton loses in 2016 and then decides not to run again in 2020, according to a New York Post article from November 2014. Cuomo is certainly poised to run for the presidency in 2020 given his vow to serve out a full four-year term as governor if re-elected, but the Post is convinced that Cuomo doesn't think he could defeat Clinton (which is almost certainly true).

Cory Booker, the former mayor of Newark and the Democratic junior senator from New Jersey, is another possible 2020 presidential candidate. He would have known for awhile that he couldn't run in 2016 given his decision to run for the Senate, but the conclusion of his six-year stint in 2020 could be the perfect opportunity for him to jump into the ring. Booker's name has been thrown out numerous times as a possible presidential contender, so it would make sense for him to run in either 2020 or 2024.

Dan Rattiner is a journalist and newspaper publisher who is seeking the presidency in 2020 because he is convinced that whoever is elected in 2016 will "screw things up" just as past presidents have done. Armed with the slogan #ForwardWithDan, Rattiner has made his announcement this early in the game because he says that he wants to launch a five-and-a-half-year fundraising program.

I run on a platform of peace, prosperity, harmony, the sanctity of individual freedom, the respect for law and order and, as some long ago President What’s-His-Name said, speaking softly and carrying a big stick. I will bring us together, not only the simple folks and regular folks of my party but also the simple, regular and even the rich folks of the other party. We will all march together, arm in arm, FORWARD WITH DAN, into the future.

In all honesty, Katy Perry is probably not running for president. But the singer did post an amusing Instagram photo last month, in which she posed with former presidents Bill Clinton and George W. Bush, with a caption indicating that she might possibly be the 46th president of the United States. By that math, of course, she wouldn't be running until 2020 or 2024, but it's likely that was just an occasion for humor that was too good too miss. Oh well. Can you imagine Kanye versus Katy in 2020?

More like this
Are John Legend & Kanye West Still Friends? The Singer’s Latest Update Is Candid
By Brad Witter
Kanye West Has The Most Kanye Reaction To Kim Kardashian & Pete Davidson's Split
By Jake Viswanath
Kim Kardashian Pays Homage To Kanye West’s Fave Film In New Swimwear Pics
By Bustle Editors and Maxine Harrison
A Political Thriller Inspired By The Munich Massacre Is Coming Soon
By Darshita Goyal
Get Even More From Bustle — Sign Up For The Newsletter