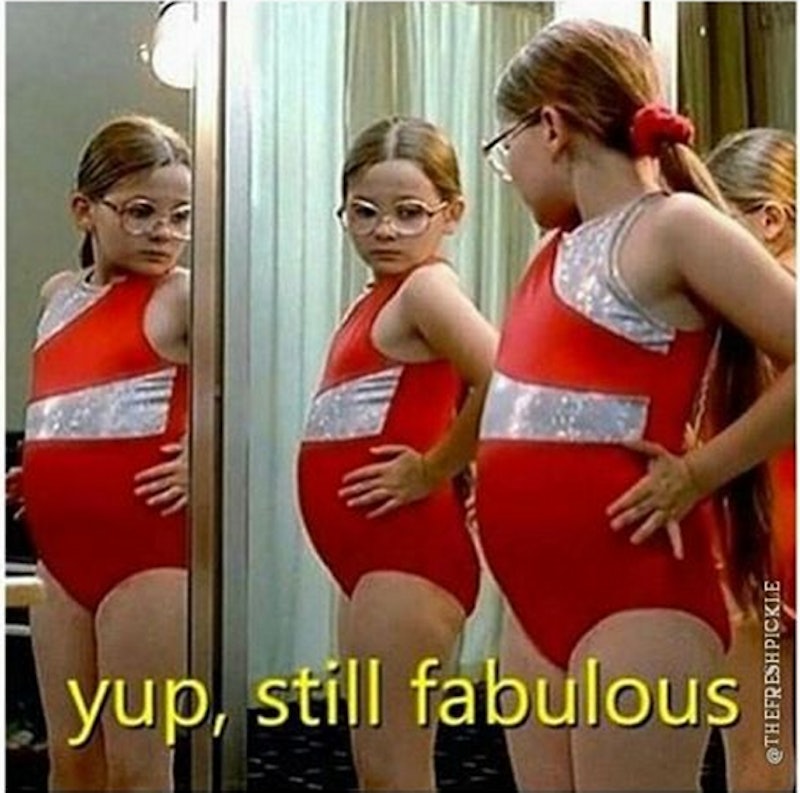 Few words evoke as many stereotypes and misunderstandings as the term "feminism." What does it mean to be a feminist? In the simplest terms, being a feminist means you believe men and women should have equal rights and protections. Period. And thanks to the Internet, we have some pretty hilarious memes to explain feminism to those who might try to use the term as an insult.

Plenty of people try to do that, in fact. An Internet search of "memes about feminism" will uncover plenty of images that turn the movement into something hypocritical or ugly. The offensive memes run the gamut, from suggesting that women want special treatment to outright stating in the ugliest of terms that feminists are bitter, unattractive man-haters. They're old stereotypes, but sadly, we see these same anti-feminist arguments play out in politics when some candidates refuse to support policies that would put women on the same economic footing as men, like equal pay, minimum wage increases, and paid support for child care.

Some of the arguments against feminism are so ridiculous, you really do have to laugh. And the next time you have to explain how simple it is to be an advocate for women and those who identify as women, you'll be glad to have these 13 feminist zingers ready to go.

Probably A Good Way To Start The Conversation

Dude, That's Not A Thing

And By The Way, Neither Is This

"Mansplaining" Is The Worst

No, Not Even Nice Guys Are Entitled To A Date

Wait, The Dog Isn't Done With You Yet

Hollywood Doesn't Get It

Unless It's Mad Max

Seriously, Mad Max Got it

Not A Meme, But Still Worth Shouting

The fact that women are still facing such opportunity gaps in 2015 is certainly a serious issue. And the typical sexist and anti-feminist arguments against basic equality for women can drain the air out of any conversation. Still, if you need to remind yourself (or a slightly misinformed friend) that erasing sexism really can be simple, it can be helpful to try a bit of humor. If you suspect that a hilarious meme can help explain male privilege more clearly than yet another debate, the Internet is — as always — here to help.